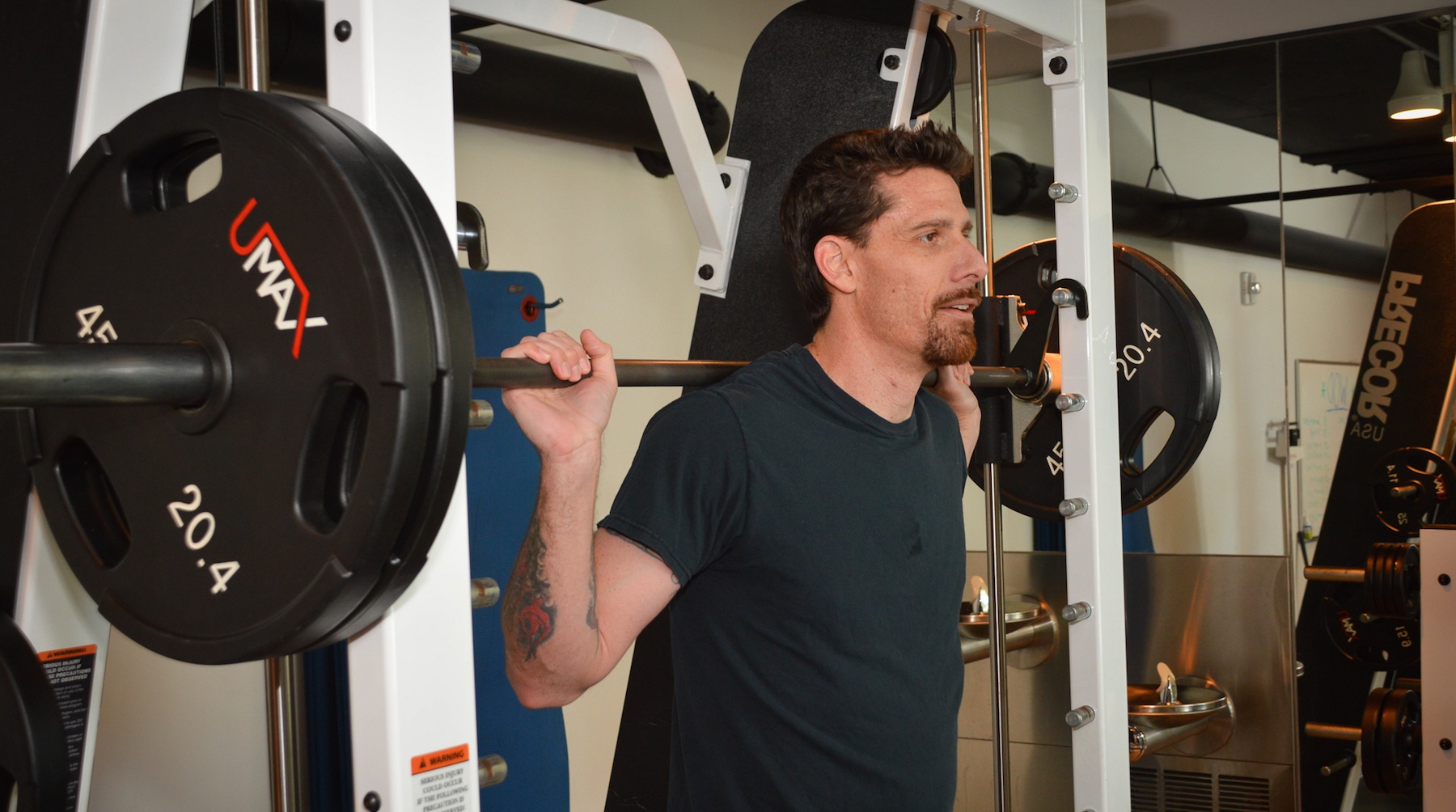 Home - News - Join the resistance for a healthier 2018

If “get in shape” appears on your list of New Year’s resolutions, you’ve got plenty of company. Goals to exercise, lose weight or simply get healthy seem to top the majority of those lists year after year.

What if you could make one simple change for 2018 that really would yield benefits and set you up for a healthier new you? It’s possible, according to Oklahoma Medical Research Foundation President Stephen Prescott, M.D., when you add weight or “resistance” training to your workout routine.

For many new gym-goers, their first stop is often cardio equipment with the hope of biking, jogging and stepping their way to better health. But Prescott recommends directing more attention to free weights and resistance bands instead. “It’s fine to mix cardio into an exercise routine, but the health benefits of resistance training should make it a focal point,” he said.

Muscle burns more calories than fat, so even if your weight doesn’t change, you expend more energy, even at rest.

“It’s almost too good to be true,” said Prescott. “You begin to burn more calories with everything you do, because muscle is inherently what we call “active” tissue and uses up more energy by just being there. Yes, cardio burns a lot of calories while you’re running or biking, but it stops as soon as you do. But when you build muscle, it continues to burn calories while you watch TV, shower or sleep.”

And the more muscle you build, the better the benefits.

Because of this increase in active tissue, a person with more muscle mass can handle a higher calorie load without gaining unwanted body fat, at least within reason. It’s not an excuse to eat more unhealthy foods, said Prescott, but for those wanting to shed a few pounds, resistance training can be a real difference-maker.

“If you are trying to burn an extra 100, 200 or 300 calories a day, there’s no better weapon in your weight-loss arsenal than adding lean muscle mass,” he said. “It can be a crucial variable in the weight-loss equation.”

Mounting evidence also suggests that weightlifting can play a key role in staving off the effects of aging. It has even been shown to protect against diseases like osteoporosis and type 2 diabetes.

And you don’t have to look like a champion bodybuilder to achieve the desired effects. In fact, said Prescott, you really only need your own bodyweight or light resistance bands to get the ball rolling.

“It’s not just about muscle size; it’s about tendons and ligaments,” said Prescott. “As you age, your muscles get weaker and tendons and ligaments degenerate, predisposing you to problems like falling and breaking bones. Resistance training helps makes all those components stronger.”

Resistance training helps virtually every part of the human machine. The muscle is the motor that powers your ability to walk or stand, but the connecting parts like ligaments and tendons are needed to make the machine function properly, and “nothing does that better than resistance training,” said Prescott.

So if you don’t already train, where should you begin? Start by realizing that resistance training is an incremental process, he said. Don’t lift heavy weights at the beginning. Instead, focus on learning how to do the exercises correctly and consistently.

“I think it’s smart for most people who are starting out to get into a supervised program. These programs can teach you a lot and help you learn how to avoid injury,” said Prescott. “In the digital age, you can even find certified trainers on YouTube or on TV if funds are tight. Most importantly, make a commitment and you’ll be feeling a lot better when 2019 rolls around.”