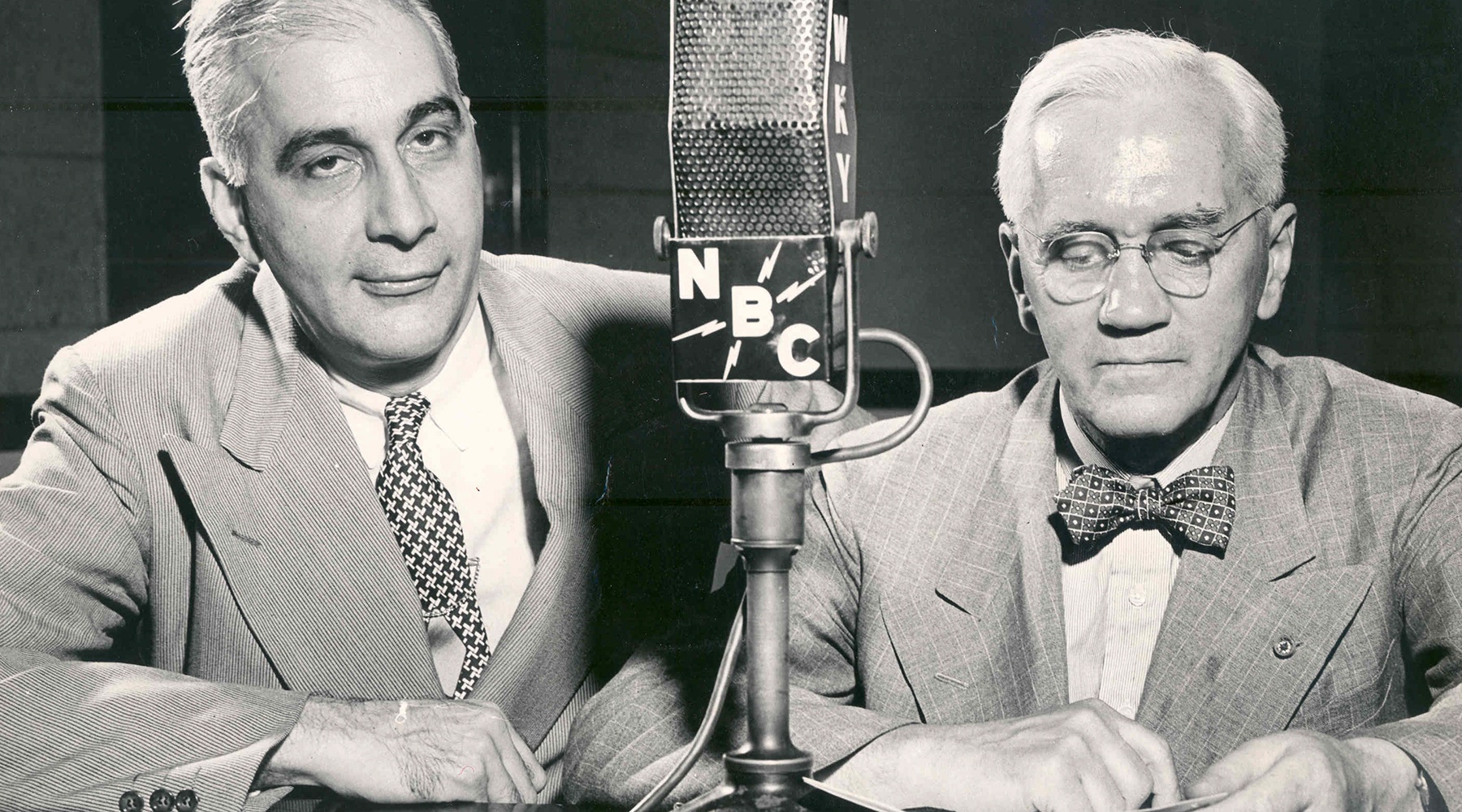 In 1946, a group of Oklahoma physicians and business leaders saw the potential that biomedical research held. On Aug. 28 of that year, Oklahoma’s Secretary of State granted the charter of the Oklahoma Medical Research Foundation.

To fund the construction of OMRF, Gov. Roy J. Turner led a drive that spanned all 77 of the state’s counties. The state’s physicians organized one fundraising campaign, and pharmacists, dentists and nurses followed suit with their own efforts. When Turner declared a statewide Research Week, organizers held 137 meetings in 42 cities and towns during a seven-day period.

Grassroots fundraising efforts materialized across the state. Wheat farmers donated a portion of their crops to OMRF and volunteers passed buckets at sporting events to support research. Even teenagers like those pictured below canvassed neighborhoods, calling themselves Lamplighters and collecting gifts for the state’s new research foundation.

All told, 7,500 Oklahomans donated a total of $2.5 million to build laboratories and a research hospital. And what began as a two-person operation in 1946 has grown into an internationally recognized research institute.

OMRF now employs more than 450 staff members who study cancer, heart disease, autoimmune disorders and diseases of aging. Their discoveries have yielded hundreds of patents and three life-saving drugs now available in hospitals and clinics around the world.