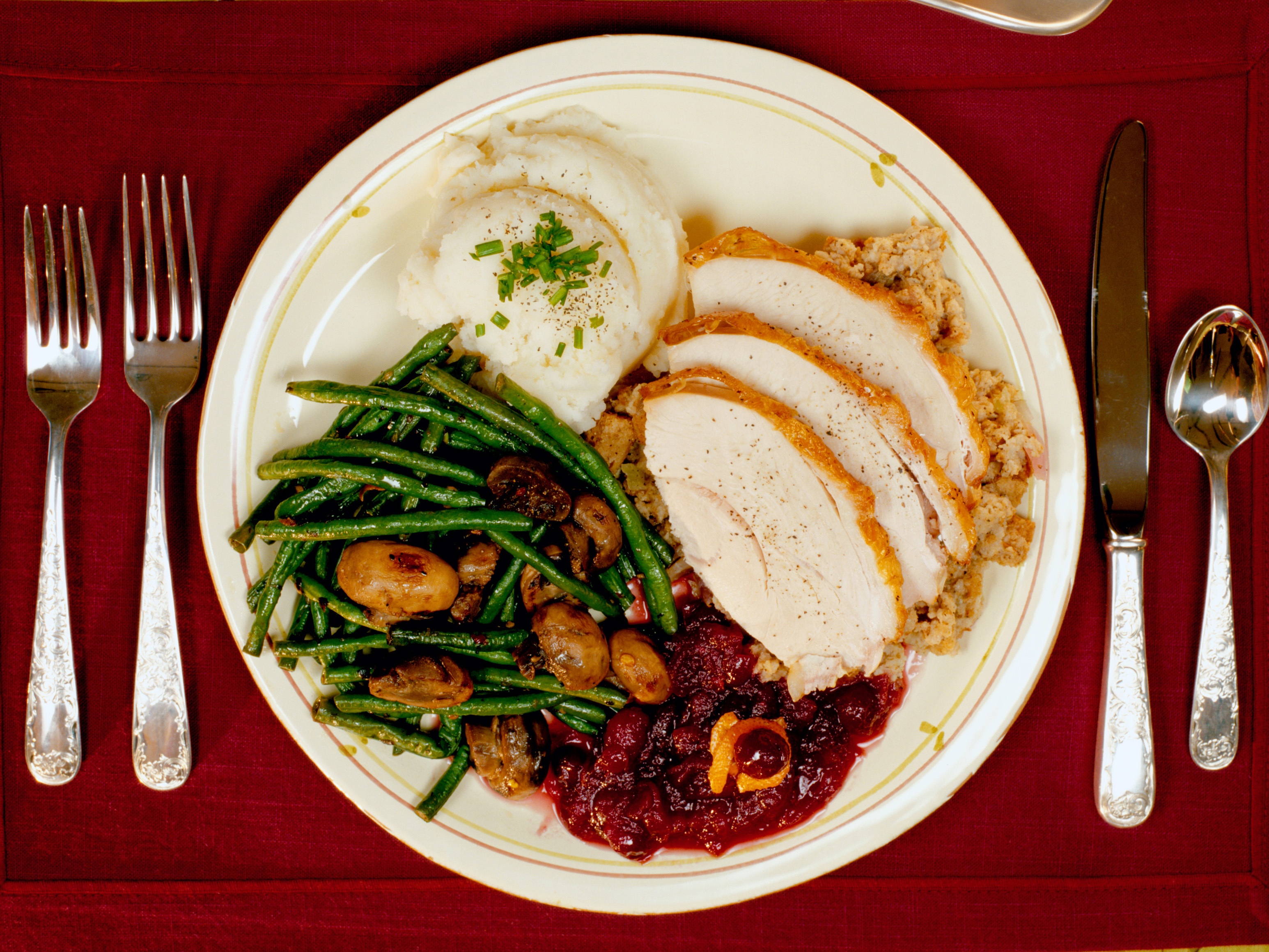 Home - News - For a healthy holiday, add some color to your Thanksgiving dinner

Thanksgiving foods are known for being many things: mouth-watering, calorie-laden, even nap-inducing. But two things the annual fall feast is not known for being are healthy and diverse.

From turkey and gravy to stuffing and mashed potatoes, the carb- and fat-rich meal is largely a brown, tan and white affair. To make this year’s Thanksgiving healthier, OMRF President Stephen Prescott, M.D., suggests adding some color to your plate.

“Sides like yellow squash, purple cabbage or a spinach salad are richer in nutrients and lower in calories than typical Thanksgiving food,” said Prescott.

The average American takes in more than 3,000 calories during Thanksgiving dinner, according to the American Council on Exercise. That massive meal can lead to a whopping 4,500 calories for the day, more than double the recommended daily intake for an average person.

By loading half your plate with greens like peas or spinach, reds in tomatoes and bell peppers, or orange with a helping of steamed carrots, you not only drop the calorie count, you also boost your nutrient intake with added fiber, antioxidants and vitamins.

“One bad meal isn’t the end of the world, but it can kick-start a streak of poor eating behavior that leads many to fight the battle of the bulge throughout the holiday season,” said Prescott. “You can help yourself avoid that slippery slope by brightening your plate.”

Of course, Thanksgiving is a celebration, and we’ll all probably indulge in some family favorites. Just consider swapping that extra ladle of gravy for some celery sticks or choose high-fiber sweet potatoes (without marshmallows) over white.

“Don’t think of adding color to your plate as punishment,” said Prescott. “In fact, it lets you enjoy smaller portions of the traditional foods you love without the guilt that comes from overeating.”

For the OMRF physician and researcher, the added color on his Thanksgiving plate will come from homemade cranberry sauce and steamed broccoli with lemon juice, “Just pick things you like in the first place and work them in,” he said.

Plus, said Prescott, eating extra veggies may bring an added bonus. “If you fill up on nutritious items, you may be too full for pie. Or at least for that second slice.”