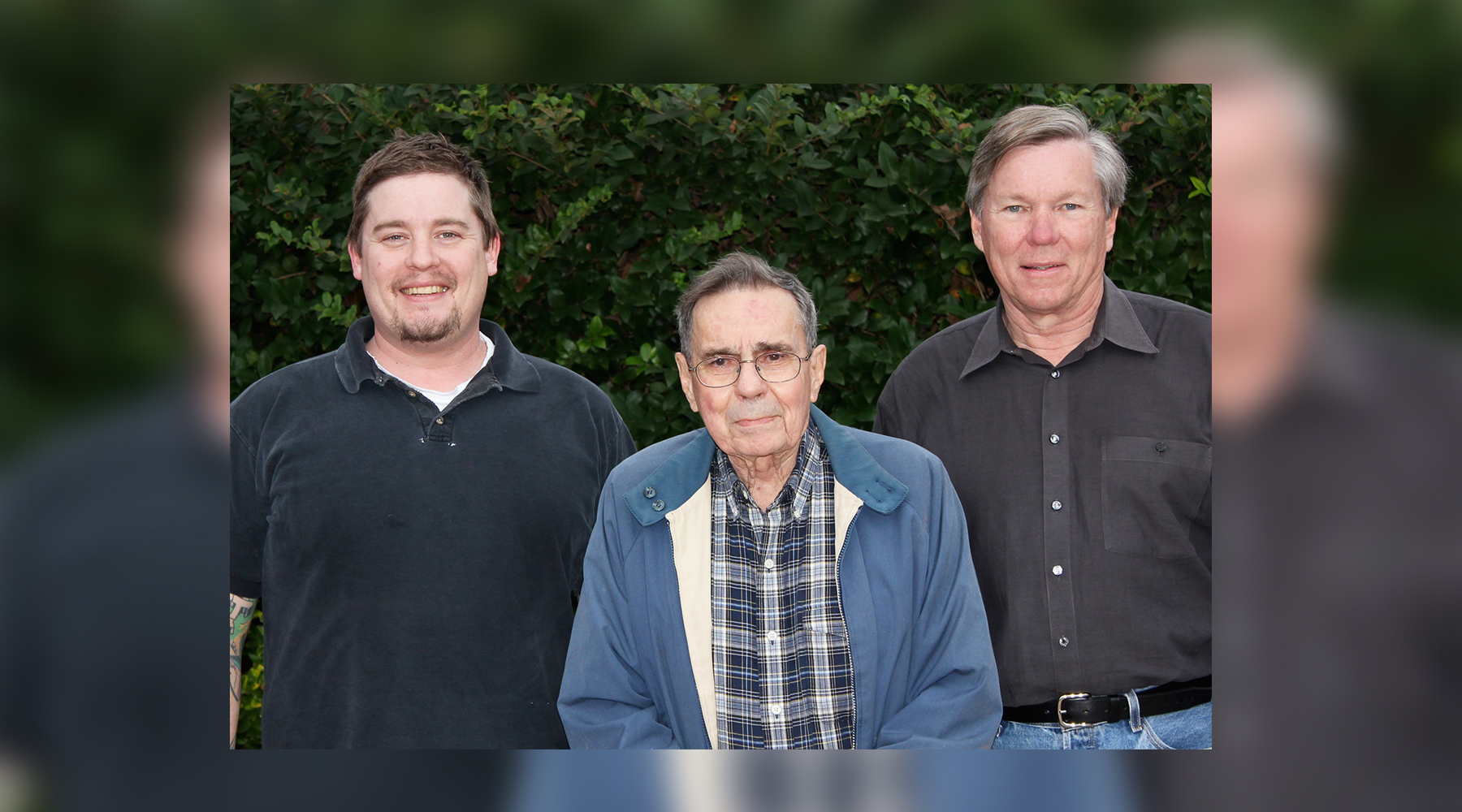 Whether your Father’s Day tradition is taking in a ball game, hitting the links or firing up the grill, the most important part is spending time with your dad.

But in Oklahoma and across the country, one illness is taking fathers away from their families prematurely and at an alarming rate: heart disease.

Heart disease is the leading cause of death for men in the U.S., killing one in every four males. According to the Centers for Disease Control and Prevention, more than 70 percent of sudden cardiac events occur in men, and half of the men who die suddenly of coronary disease have no previous symptoms.

“The good news is, if you’re a father—or the spouse, sibling, friend or child of a father—there are straightforward steps that can lower heart disease risk significantly,” said Oklahoma Medical Research Foundation President Stephen Prescott, M.D., a heart researcher (and also a father).

It’s been known for some time that having an “apple” shape increases the risk for disease and death. But a 2014 study from Annals of Internal Medicine found that a man of normal body mass index with an abnormally large belly has an 87 percent higher risk for death than a man with the same B.M.I. but a normal waist-to-hip ratio. Women with large bellies also showed higher risk, but not at the same level as men.

“Belly fat is especially deadly when it comes to heart disease in men,” said Prescott.

A 2014 study from Harvard University showed that older men who engaged in regular weight training gained less belly fat than those who spent the same amount of time performing aerobic workouts.

We all know that tobacco use causes cancer. But it’s also a major contributor to heart disease.

“Quitting smoking is one of the single biggest decisions you can make for heart health,” Prescott said. “Within just a few years, your risk for heart disease and stroke drop significantly.”

Trans fatty acids, or trans fats, were developed as a substitute for saturated fats like lard and can be found in fried foods, snack foods and baked goods. “But they’re far more deadly than the saturated fats they replaced,” said Prescott.

Trans fats increase artery-clogging LDL cholesterol, decrease protective HDL cholesterol, damage the lining of arteries and cause inflammation, which can destabilize arterial plaque and lead to a heart attack or stroke.

“Although many food manufacturers have cut back on using trans fats, even a small amount can substantially raise your heart disease risk,” said Prescott. A mere two percent bump in calories from trans fats can raise coronary disease risk by as much as 29 percent.

To avoid trans fats, Prescott recommends two easy steps: “Don’t eat any packaged foods that have the words ‘partially hydrogenated’ in their ingredient list, and unless a restaurant says it’s trans fat-free, try to steer clear from fried foods when eating out.”

After sitting in front of a computer for eight hours at work, Americans increasingly trade one seat and screen for another, heading for the couch to stream their favorite Netflix series. But this sedentary lifestyle may literally be killing us.

“Research has shown that sitting still for long periods of time is harmful to our health, leading to more heart disease and death,” said Prescott.

Unfortunately, these health outcomes may not be something we can reverse simply with visits to the gym. While regular exercise is beneficial, studies have consistently found that heart health is optimized when people also avoid long periods of inactivity.

“It’s important that we move regularly,” said Prescott. “At work, try to get up and walk around every hour; take the stairs instead of the elevator. Then take the dog for a walk when you get home.”

Scientists at OMRF are working hard to find new ways to treat heart disease, Prescott said. “But the most effective way fathers—and everyone else—can fight coronary disease is to make lifestyle choices that help prevent it in the first place.”