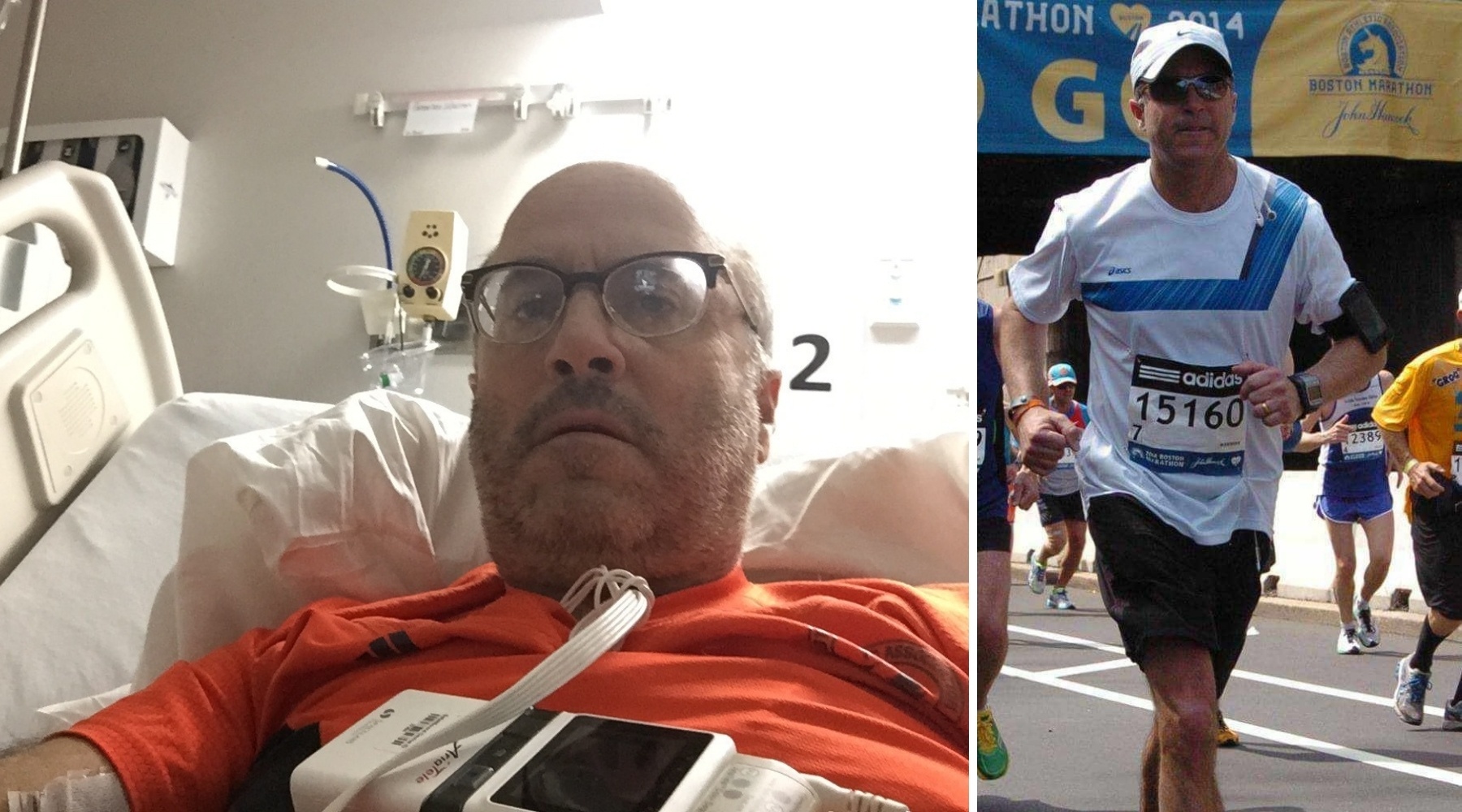 When Jeff Greenlee picked up a Boston Marathon souvenir shirt for his 2014 race, he never imagined the most significant steps he would take in it would be in a hospital.

The 58-year-old marathoner from Altus, Oklahoma, was hospitalized for a week with Covid-19 in November. Covid-related pneumonia and acute respiratory distress syndrome wreaked havoc on his body, so when it came time for his first walk through the halls of Jackson County Memorial Hospital, Greenlee says, “I had to put on something to motivate me better than the hospital gown.”

More than 300,000 Oklahomans like Greenlee have now tested positive for Covid-19. While many will contemplate returns to exercise routines in the new year, experts at the Oklahoma Medical Research Foundation and Greenlee agree: Don’t rush it.

“A short, slow walk down the street with my wife was the goal,” said Greenlee of the days after his discharge. His wife Lisa, also a runner, had a less severe bout of the virus. The pair found those early excursions frustratingly tiring; Greenlee often needed to supplement his oxygen after the brief outings.

Two weeks after returning home, Greenlee, who has more than a dozen marathons under his belt and a personal record of 3 hours and 24 minutes (a pace of about 7 minutes and 49 seconds per mile), recorded his first post-Covid mile on the treadmill. The time was 15 minutes, 30 seconds. “And I actually was okay with that,” he said.

OMRF President Stephen M. Prescott, M.D., noted that while post-viral fatigue is not unusual, the full footprint Covid-19 may leave appears large, even if it is not yet fully understood. “Heart and lung damage are documented even in people with mild cases of the virus,” said Prescott. “That’s good reason for caution when jumping back into exercise.”

In an Austrian study of 86 Covid-19 patients, researchers found that six weeks after being discharged, damage from inflammation and fluid in the lungs was present in 88% of patients. After 12 weeks, that number dropped to 56%, an indication that the lungs have a mechanism to repair themselves. At the six-week mark, nearly 60% of patients in the same study showed signs of diastolic heart dysfunction that also appeared to improve with time.

OMRF physician-scientist Eliza Chakravarty, M.D., said that coronavirus survivors of all fitness levels should listen to their bodies and their doctors as they return to exercise routines.

“‘Mind over matter’ doesn’t work when it comes to inflammation,” said Chakravarty. “If you feel sick, wait. Start slowly; do only 50% of your original routine. If you experience abnormal chest pain or shortness of breath, stop and contact your doctor.”

Greenlee has worked up to taking two brisk walks a day near his office in downtown Altus, where he’s market president of NBC Oklahoma bank. He says he’s not ruling out another 26.2-mile finish in Boston if the race goes forward in late 2021, even if it’s slow by his standards. “If I can have that carrot dangling out there and get in a five-hour marathon, I’d do it,” he said.

And for those who have avoided the virus but have fitness resolutions for the new year, Chakravarty says there’s no time like the present to start a simple exercise routine from the safety of your own home. A recent American Heart Association study added to the mounting evidence that people with obesity are more likely to be hospitalized and have poor outcomes with the virus.

“Start small. Commit to taking a daily walk, or pick a short exercise video on YouTube and stick with it,” she said. “In the era of Covid-19, those changes may pay off in more ways than one.”