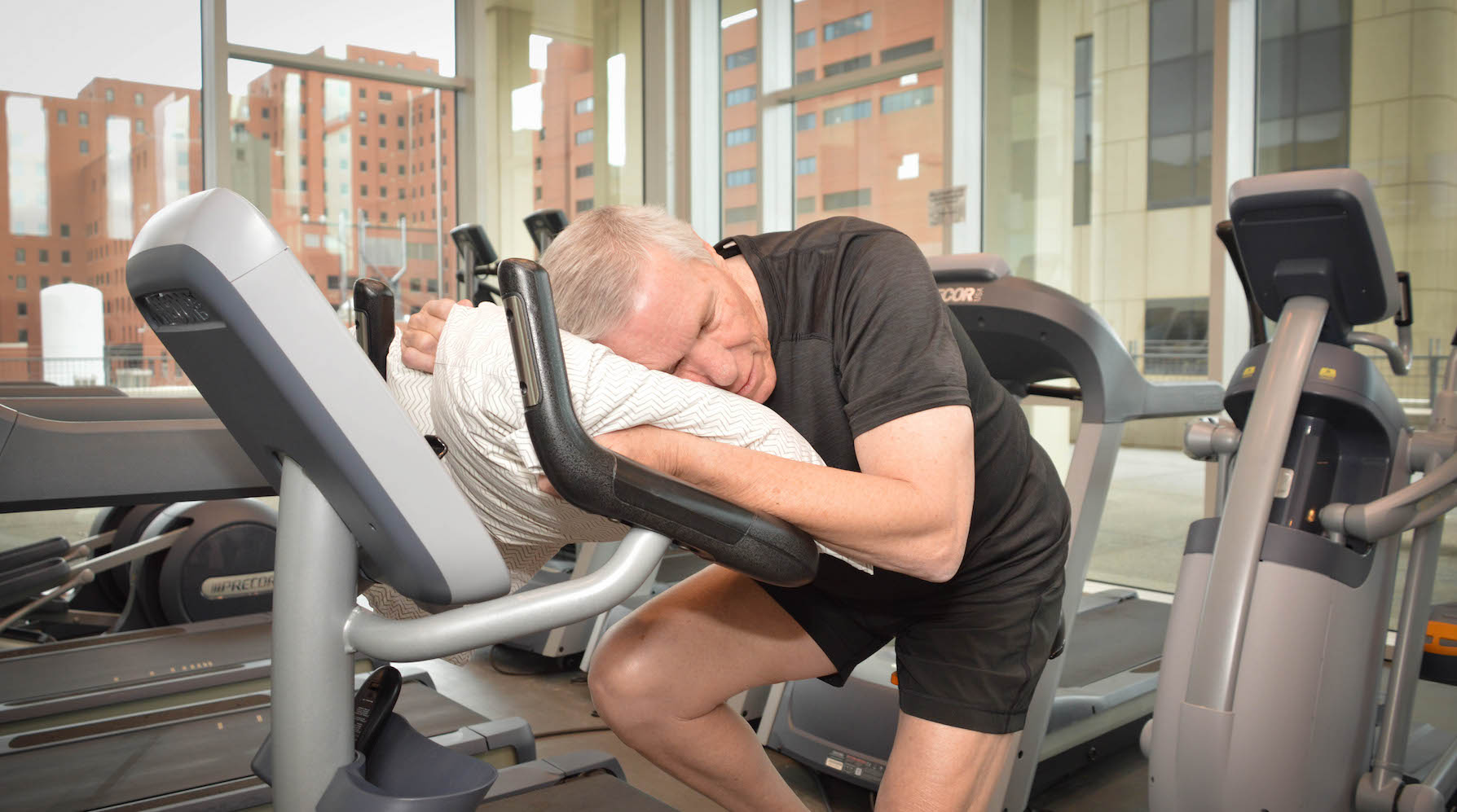 Home - News - Exercise or sleep: Which is more important?

With wall-to-wall daily schedules, it’s tough to carve out time for healthy habits. Too often, packed days claim two victims: adequate sleep and exercise. But if you’re forced to choose between the two, should you hit the gym or the pillow?

“That’s like asking whether food or water is more important,” said OMRF President Stephen Prescott, M.D. “Both are cornerstones of good health.”

Still, he said, “If we could get everyone exercising regularly, we would be better off as a society than if everyone was getting eight hours of sleep nightly.” Working out helps stave off the effects of aging, fights heart disease and type 2 diabetes, and controls obesity, which has reached epidemic levels.

That certainly doesn’t make sleep less important, though, said Prescott. Adequate sleep helps maintain a healthy immune system and, like exercise, plays a role in maintaining healthy weight. “Most of all, it keeps us alert and allows us to concentrate, whether at our jobs or while driving,” he said.

Indeed, the National Highway Traffic Safety Administration estimates that drowsy driving is responsible for 72,000 accidents in the U.S. each year. An analysis found that those who’d had 5 to 6 hours of sleep in the previous 24 hours were twice as likely to get in an accident as drivers who’d slept for 7 hours or more.

“Sleep needs vary by individual, but most of us fall somewhere between 7 and 9 hours a night to get all the health benefits needed,” said Prescott.

Hitting that 7-hour mark, he said, is crucial. But, perhaps, he suggested, once you reach that mark, if you have to choose between an extra hour of sleep and exercising, getting up to hit the gym could be worthwhile.

“If you can do this and not suffer any consequences from it—falling asleep during the day, disrupted metabolism, reduced energy—then I believe it’s a worthwhile pursuit,” said Prescott.

“Still, I don’t like the having to pick between the two,” he said. “And if we’re really honest with ourselves, most of us don’t have to sacrifice one for the other. We can find the time if we make it a priority.”

“I would encourage anyone with a 15-minute window to get up and do something,” said Prescott. “Even if you can’t make it to the gym, take a quick walk. Go up and down the stairs. Do something that gets your heart rate up and makes you work.”

“Once you start any type of regular exercise, you’ll sleep better,” he said. “And better sleep means more energy. It’s a wonderful cycle of positive effects; you just have to commit to finding the time.”