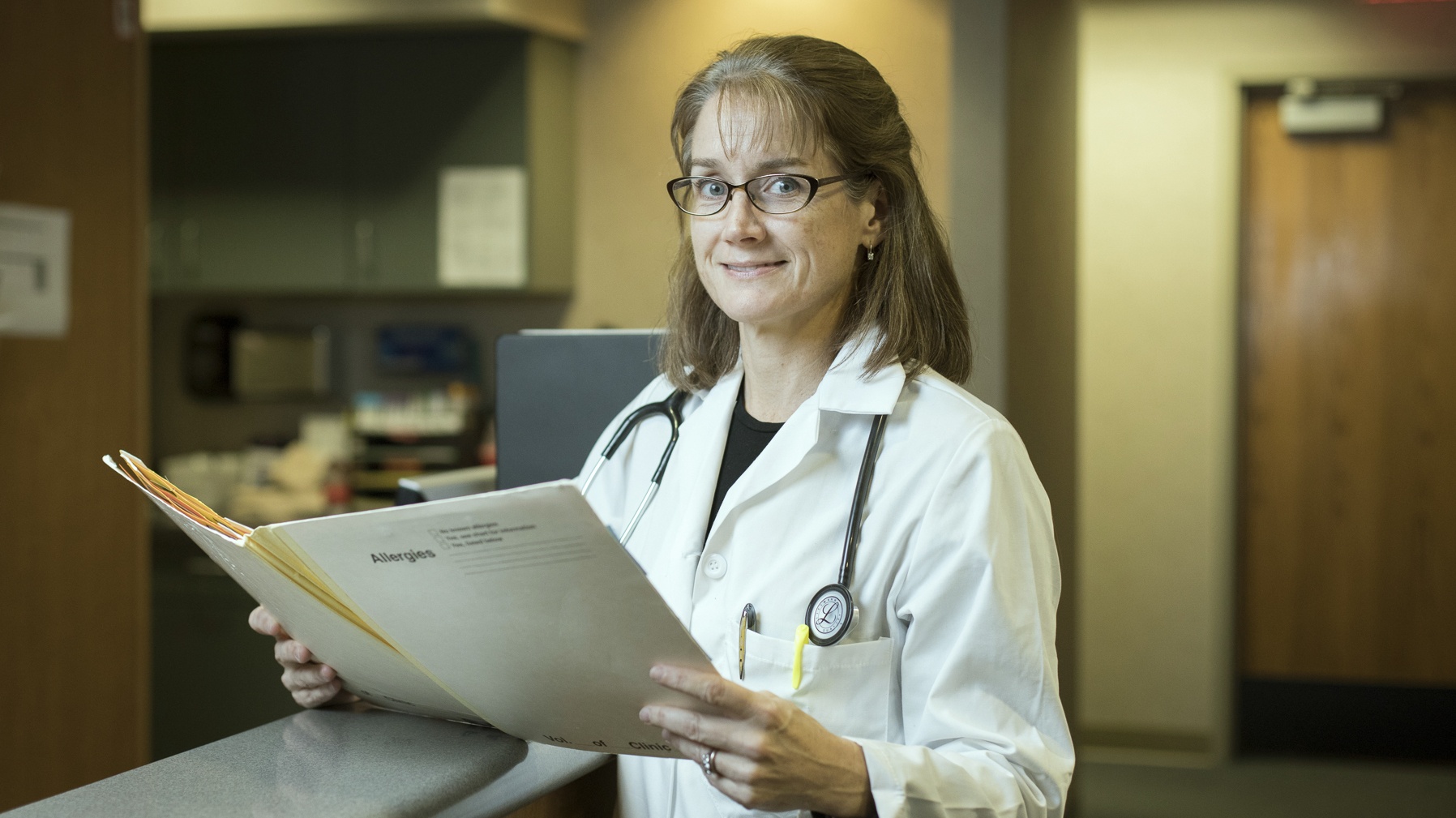 Eliza Chakravarty’s journey to better health started with an impulse buy in a checkout line.

“It wasn’t some grandiose plan to get in shape,” Chakravarty, an OMRF immunologist, said of the beginner’s Pilates DVD she tossed in her grocery cart years ago. “It was just a small step in the right direction.”

Despite her busy schedule as a new mom and medical resident, she committed to doing the 17-minute video every evening while the baby napped.

It didn’t seem like much, she said, but soon she felt more energized, happier and, generally, better about herself.

“That was several years ago, and I’ve slowly built on that foundation,” she said. “This year, I completed my first half-marathon, and it all started in that check-out line.”

Chakravarty said it’s these small, positive decisions that ultimately lead to real lifestyle changes. Overly ambitious goals are a big reason more than nine out of 10 Americans fail to stick to their resolutions.

So instead of pledging to drop 30 pounds or run a marathon, start slowly instead. Go for a walk three days a week or give up one poor food choice. Then, once the changes become routine, add on new goals in bite-sized pieces.

OMRF President Stephen Prescott, M.D., agrees. “You only have so much willpower and self-discipline, and you don’t want to set yourself up for failure. Focus on one tree, not the whole forest.”

Big goals can lead to setbacks that discourage you and knock you off course. Small, manageable goals have the opposite effect. “Small steps allow you to build gradually on your successes. The more you succeed, the more you crave that feeling of accomplishment,” Chakravarty said. “The little lifestyle changes really add up.”

These principles, she said, can be applied to anything from fitness to passion projects or even financial health. For example, consider saving just $10 a week in a separate account, Chakravarty suggested. “It might not seem like a lot, but by the end of the year, it adds up and might help adjust your attitude on spending.”

Over time, she said, little changes can pay off in a big way for your health, both physically and mentally.

“Before you know it, you’ve done something you didn’t think you could—and it didn’t require a total system shock or radical lifestyle change to do it,” said Chakravarty. “That can be incredibly empowering.”