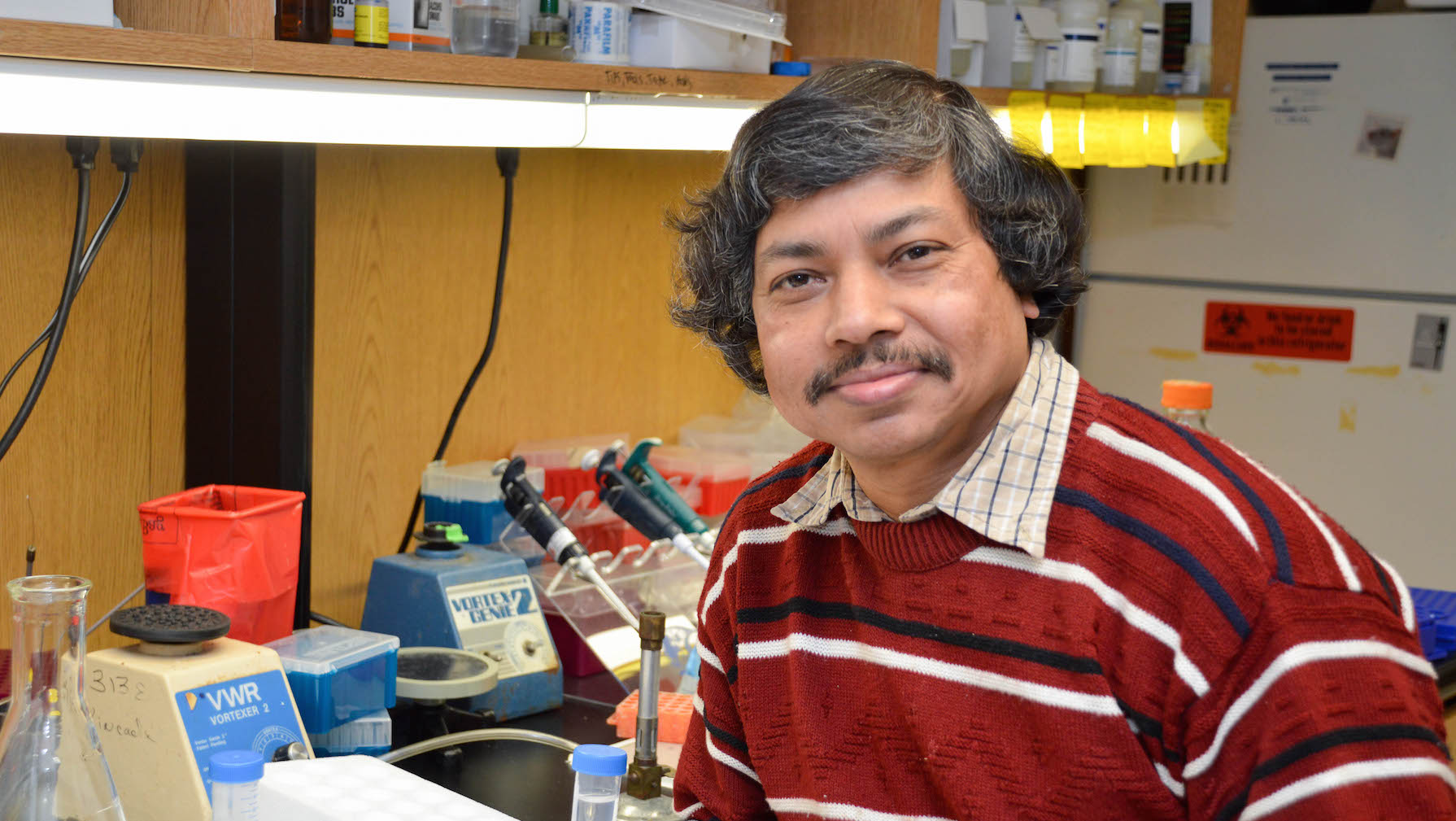 Two OMRF scientists have received $3.6 million in new grants from the National Institutes of Health.

The two grants will enable OMRF’s Swapan Nath, Ph.D., and Joel Guthridge, Ph.D., to examine genes thought to play a role in lupus, a disease in which the immune system becomes unbalanced and attacks the body’s own tissues. Lupus can result in damage to the joints, skin, kidneys, heart and lungs.

Lupus impacts approximately 1.5 million Americans, predominantly women, and there is a well-documented genetic association with the disease. However, it is notoriously difficult to diagnose and treat because of how widely it varies from person to person.

“We know lupus has a strong genetic basis, but in order to better treat the disease we have to identify the genes associated with it,” said Nath. “By understanding where and how genetic defects arise will allow scientists to develop more effective therapies specifically targeting those genes.”

A four-year grant will enable Nath and Guthridge to study the roles of a pair of genes believed to contribute to lupus onset. Nath also received a second, two-year award to look at two more genes believed important to lupus development across ethnically diverse populations.

According to Guthridge, identifying the genes associated with the disease—and how they impact disease progression—is crucial in the ongoing effort to understand how to best combat lupus.

“By discovering the roles of specific genes, we hope we can one day get to the point of tailoring therapeutic strategies to each individual lupus patient,” said Guthridge.

More than 16,000 people are diagnosed with lupus in the U.S. each year. According to the Lupus Foundation of America, the disease affects as many as 1.5 million Americans and 5 million people worldwide.

“The ultimate goal of this work is to enable more accurate diagnosis and prediction of therapeutic responses in order to improve patient care,” said Guthridge

Nath joined OMRF’s scientific staff in 2000 and holds the William H. & Rita Bell Chair in Biomedical Research. He is an internationally respected leader in the study of genetic risk factors for lupus and other autoimmune diseases.