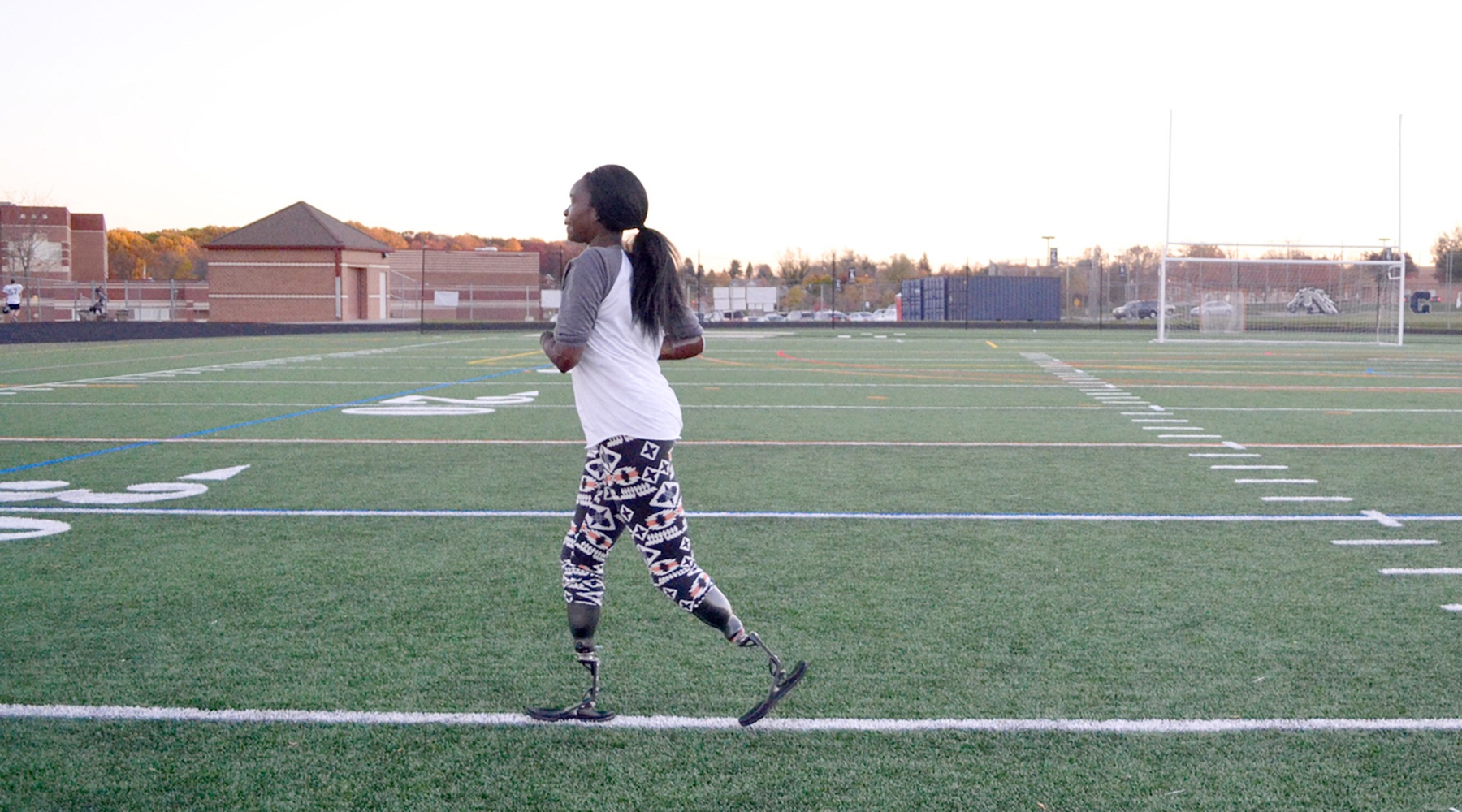 Only a month after she’d finished her freshman season on Virginia Tech University’s women’s basketball team, Rayna DuBose lay in a coma. Struck first by bacterial meningitis and then with the blood infection sepsis, her organs were shutting down. Gangrene then set in, turning her hands and feet black.

When all else failed, doctors ordered Xigris, a medication based on discoveries made at the Oklahoma Medical Research Foundation. The drug saved DuBose’s life. But it couldn’t save her limbs.

Prolonged loss of circulation to her extremities — due to sepsis — had caused the flesh in DuBose’s hands and feet to die. Her tissues, doctors said, had mummified. They’d have to amputate parts of all four of her limbs. “I cried for five minutes,” said DuBose, “then I sucked it up and said, ‘Let’s do this.’”

Sept. 13 is World Sepsis Day, established to raise awareness of the deadly condition. Sepsis occurs when the body’s immune system over-compensates in an effort to turn back an infection like meningitis, influenza or even Covid-19. Blood clots and leaky blood vessels reduce circulation to tissues and organs, often leading to multiple organ failures.

For nearly 270,000 Americans each year, the Centers for Disease Control and Prevention says, death is the result.

“The most frightening thing is the swiftness with which sepsis can move,” said OMRF President Stephen Prescott, M.D., a vascular biologist. “In hours or a few days, the illness can kill. Doctors even have a saying for it: ‘Fine in the morning, dead in the evening.’”

OMRF scientist Florea Lupu, Ph.D., is an expert in sepsis and blood clotting and holds the H. Allen & Mary K. Chapman Chair in Medical Research at the foundation.

Lupu and his colleagues at OMRF study the steps involved in the progression of sepsis and how they can lead to organ damage and death. By learning more about the ways sepsis develops and spreads, they hope to find ways to diagnose the condition earlier and more effectively treat it.

“Doctors rarely know exactly ‘time zero’ when sepsis starts,” Lupu said. “But the chance of survival decreases by 8 percent each hour, so doctors must race to treat it quickly before it overtakes a patient’s organ systems. We’re working hard to identify ways to provide early detection of sepsis so more lives can be saved.”

For the more than 1.4 million Americans like DuBose who survive sepsis each year, the battle isn’t always over. Up to half experience post-sepsis syndrome, according to the Sepsis Alliance. Effects range from cognitive impairment and depression to debilitating muscle and joint pain. For DuBose, there was no bigger sepsis scar than the loss of her limbs.

Intensive physical therapy taught DuBose how to use prosthetics to walk and to grip and manipulate objects. Today, she lives outside Baltimore, where she’s a substitute teacher and coaches basketball and football at her old high school. A few summers ago, she even took to running 10 miles a day.

“After what happened to Rayna, she had every excuse to throw in the towel,” said Marcus Lewis, DuBose’s former basketball coach. “But she refused to accept that.”

DuBose does all she can to share her story, keeping a busy schedule as a motivational speaker. And she’s grateful for OMRF’s continued work on sepsis.

Sepsis: Spot the Signs
Sepsis is the body’s extreme response to an infection. It’s a life-threatening medical emergency, and without timely treatment, sepsis can rapidly lead to tissue damage, organ failure and death. Like Covid-19, it’s especially dangerous for those 65 and older, with weakened immune systems or chronic medical conditions like diabetes, lung disease, cancer and kidney disease.
Symptoms may include: