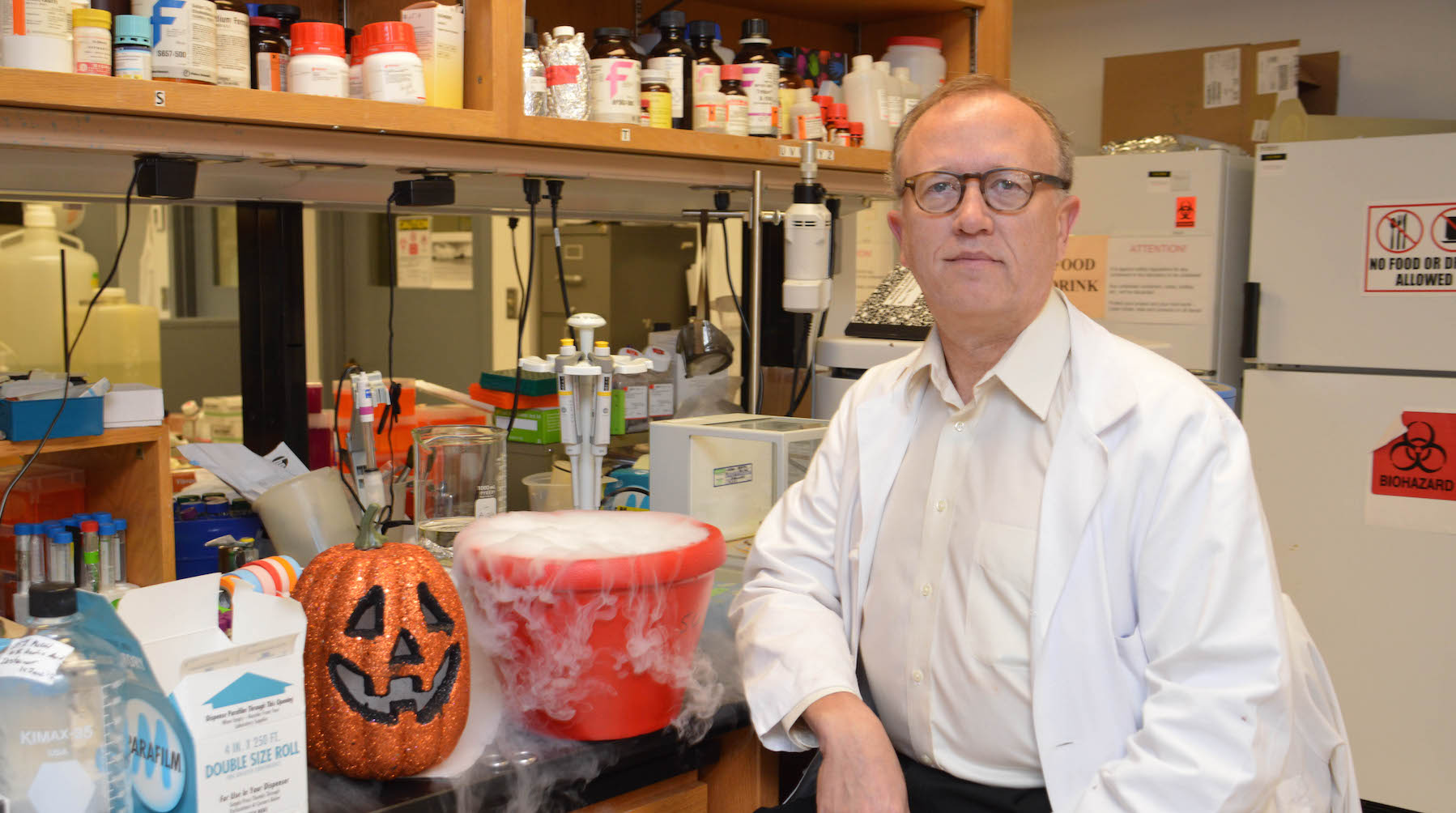 Some people enjoy the feeling of being scared. Others hate it.

Either way, the physical response is the same for all of us, said OMRF physician-scientist Hal Scofield, M.D. When things go bump in the night, the body launches a cascade of events to help you deal with the perceived threat.

So, what exactly happens when you see a spider, have near-miss accident or get startled by an overzealous trick-or-treater?

“Your internal systems immediately spring into action,” said OMRF’s Scofield. “What we call the sympathetic nervous system tells nerve pathways to alert the adrenal glands, which pump adrenaline into your bloodstream. The combined effects are known as the fight-or-flight response.”

You’ve likely experienced the fight-or-flight response: respiration increases, your heart pounds, muscles tense, your hair stands on end, and you might start sweating or break out with goose bumps.

The body pulls off this feat almost instantaneously. But those biological triggers don’t tell you which to do—tussle or turn tail. That’s up to the brain to evaluate.

The speed of this response is why some people are able to jump out of the way of a moving car before they even process what has happened. In fact, said Scofield, that’s the reason it exists. “It’s all about survival.”

The part of the brain where the response starts—the amygdala—cannot distinguish between real and perceived threats, he added, “That’s why horror movies elicit fear, even when you know what you’re seeing can’t hurt you.”

Of course, you know your life isn’t in danger when you’re watching “Friday the 13th.” “But in the case of real, imminent danger, this response ensures you’re ready to react,” said Scofield.

The sweating, racing heart and stress brought on by fear can feel unnatural and disorienting, but this primal instinct actually has a valuable purpose. “It makes you think more clearly and become more acutely aware of your surroundings,” said the OMRF researcher.

That may not be helpful when you’re curled up on your sofa watching “The Shining” on Netflix. But if you’re ever facing a true threat, it could make the difference between life and death.