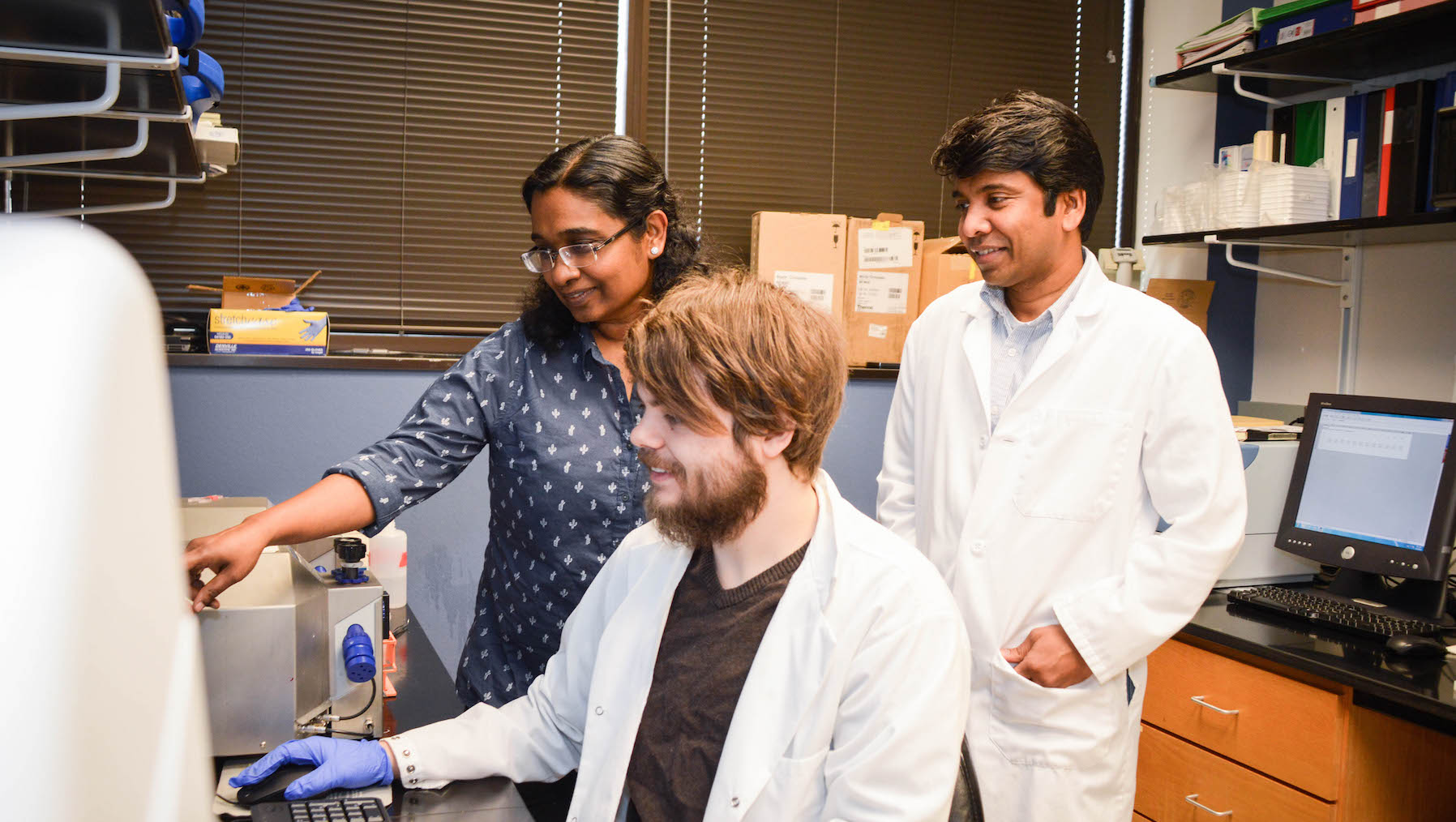 Scientists at OMRF have discovered a new protective mechanism against obesity and insulin resistance, which contributes to type 2 diabetes.

The findings could potentially lead to new drugs to help weight loss or combat obesity and associated metabolic disorders.

In a new study, the OMRF scientists used genetically modified mice that do not produce an enzyme that plays a critical role for maintenance and repair in the mitochondria, a powerhouse of cells responsible for converting food to energy.

The mice without the enzyme had supercharged fat metabolism and stopped gaining weight, even when researchers put the rodents on a high-fat diet. The mice also didn’t show signs of insulin resistance, which accompanies obesity and typically leads to type 2 diabetes.

According to the Oklahoma State Department of Health, more than 300,000 Oklahomans reported being diagnosed with diabetes. The state ranks fourth in the U.S. in diabetes mortality rate.

Gavin Pharaoh, an OMRF researcher and graduate student at OUHSC who also worked on the project, said the new research could pave the way for new drug targets to maintain proper insulin sensitivity to help control obesity and potentially prevent or treat diabetes.

“It’s exciting in the sense that it’s a novel approach for treating obesity, which is a problem that is only getting worse,” said Pharaoh. “This is a brand new mechanism of affecting the disease and could lead to some promising results down the line.”

The next step, said Pharaoh, is to screen for compounds and test to see if this same effect can be achieved through a drug instead of by altering the genes directly, allowing for development of a therapy.

The new findings appeared in the journal EMBO Reports.