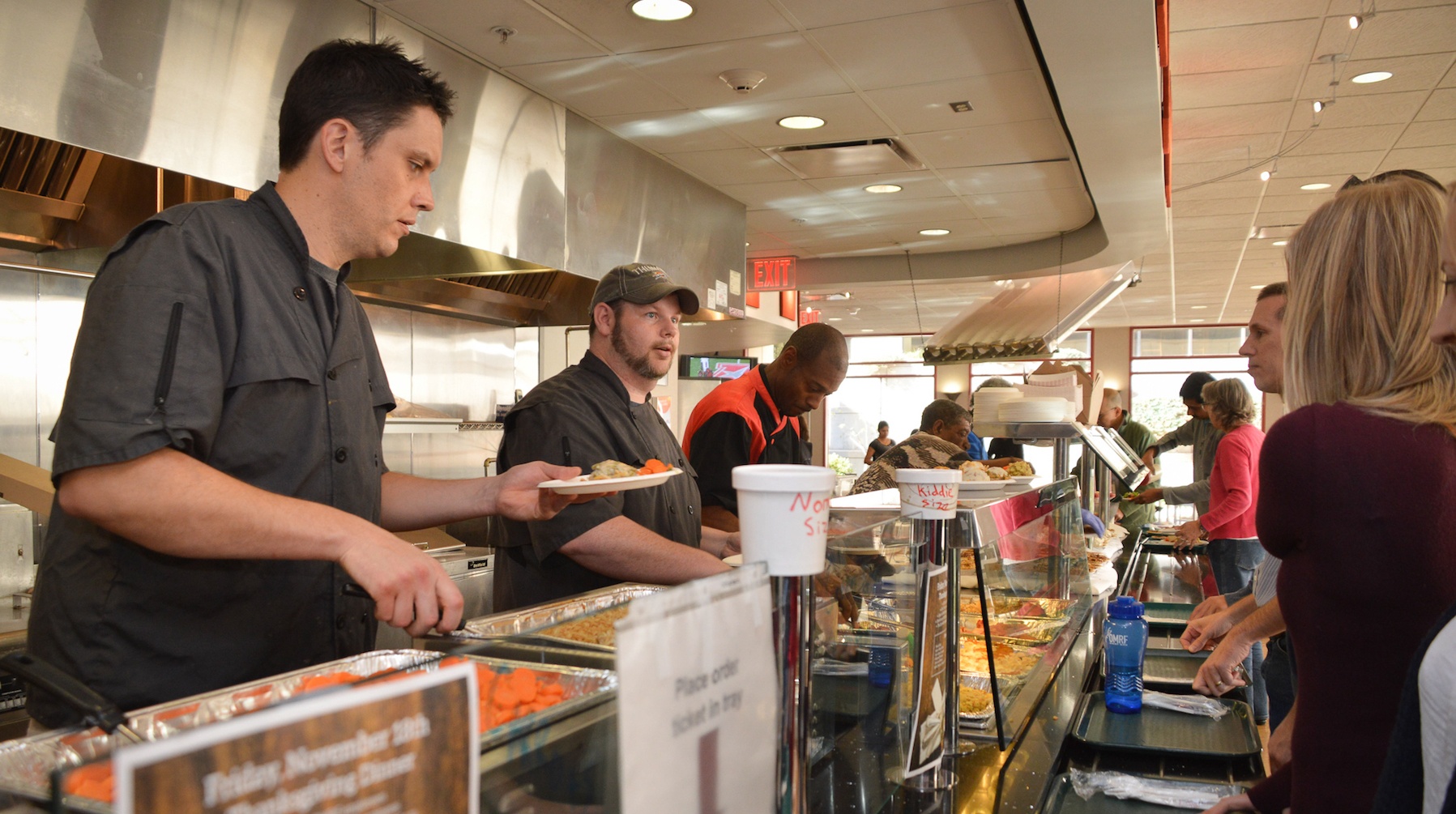 The holidays can be a tough time for the scale-conscious. But fretting about holiday weight gain is somewhat misguided, according to Oklahoma Medical Research Foundation President Stephen Prescott, M.D.

“There’s a saying that goes, ‘Don’t worry about what you eat between Thanksgiving and New Year’s; instead, think more about what you eat from New Year’s to Thanksgiving,’” said Prescott, a physician and medical researcher. “There’s some truth to that adage, but by exercising a little self-control during the holidays, it can help you carry that habit over into the other months of the year.”

Americans gain only 1-2 pounds on average during the holiday season, according to The New England Journal of Medicine. But that’s no free pass to splurge on Turkey Day, said Prescott. “The real impact of overeating lies in the long term, and it’s a problem that’s reaching epidemic levels in the U.S.”

According to the Centers for Disease Control and Prevention, more than one-third of all American adults are obese. Oklahoma is among the worst, with 64 percent of all adults classified as “overweight,” as are more than 15 percent of all children and adolescents.

“Those numbers don’t come from sneaking an extra piece of pie at Grandma’s house on Thanksgiving,” said Prescott. “While one bad day of eating isn’t detrimental to your health, experts say it can trigger a cycle of overeating where your body begins to anticipate a higher food intake next time you sit down at the table.”

That’s where things can snowball. Research shows that your body can struggle to return to a normal amount of calories after overeating, often resulting in more significant weight gain in the in the cold, inactive months immediately following the holidays.

And even if you don’t gain substantial weight outside the holiday pound or two, problems can still arise when that weight is never lost and it begins to add up. “Gain two pounds during the holidays every year,” he said, “and suddenly you’re 20 pounds heavier by your next high school reunion.”

And as the pounds pack on, your risk factors for a slew of health issues—cancer, heart disease, high blood pressure, diabetes and stroke—skyrocket. In fact, said Prescott, many health concerns at the top of the obesity list can interact, so getting one can increase your likelihood for developing others.

“Obesity has a wide range of negative effects, and individuals who are in the obese category or who are substantially overweight have the worst health outcomes across the board,” he said.

So what should you do? For starters, be realistic.

It’s fine to eat your holiday favorites, he said, but be conscious of portion sizes. And, choose which desserts and side dishes you really want, but don’t give in to eating huge portions of them all.

“If you love peach cobbler or mashed potatoes, then enjoy what you love, but be responsible with the rest of your food choices,” Prescott said. “Control how much you eat this time of year, and you’ll set yourself up for success the rest of the year. You’ll be battle-tested.”

Secondly, be more active. Prescott says a lot of overeating during the holidays comes from sitting around and snacking. By getting outside, going to the gym or taking a walk, you burn calories and remove temptation simultaneously. Activity also reduces stress and can improve your mood.

“So enjoy that turkey and dressing, and don’t despair if you indulge in a little extra dessert,” Prescott said, “But keep your eye on the bigger picture. It’ll help you stay on track until next the Thanksgiving rolls around.”