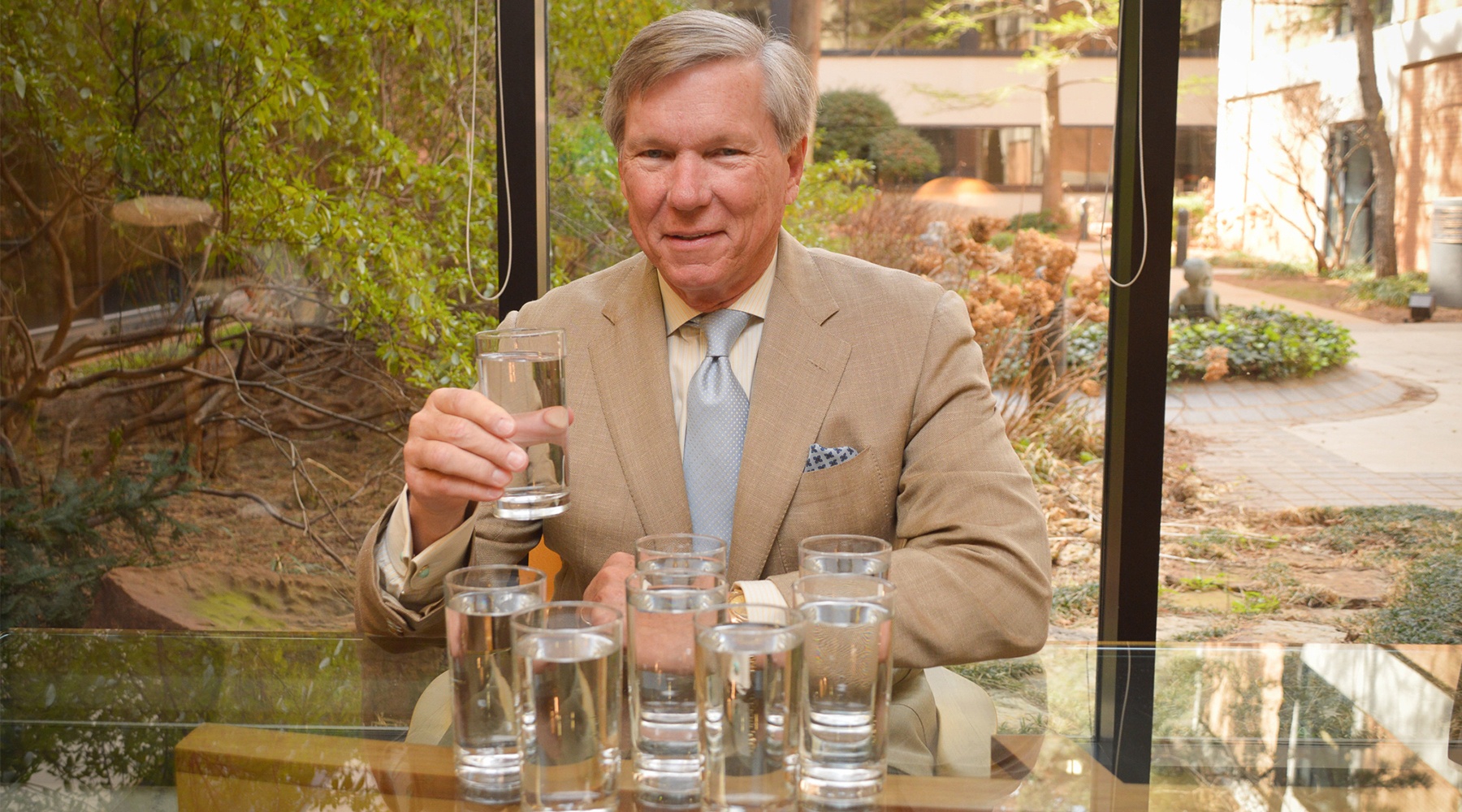 For all the harmless gags April Fools’ Day brings, some hoaxes pull people’s legs year-round. When it comes to health myths, they range from silly to downright dangerous.

So, in honor of a day filled with hoaxes, scientists at OMRF are putting five medical myths to rest.

It’s true that in 1945, the Food and Nutrition Board recommended people should shoot for consuming 2.5 liters of water per day. But, said OMRF President Stephen Prescott, M.D., “What people don’t consider is that a lot of that is already contained in fruits, veggies, coffee and everything else we consume.”

In addition, individual fluid needs will vary a good deal based on people’s body mass and the weather conditions. So Prescott encourages people simply to use common sense and let their thirst be their guide. “Your kidneys are smart; they’ll tell you when they need water.”

Influenza kills roughly 36,000 Americans every year, but more than half of us routinely skip the yearly shot, with many believing it can give you the flu. That simply isn’t the case.

“The flu vaccine used today is made from proteins in the lab and doesn’t have live virus in it,” said OMRF immunologist Eliza Chakravarty, M.D. “So it can’t give you the flu.”

A recent analysis of data gathered from a study of 9,000 people found that reducing cholesterol in the diet actually correlated with increased mortality levels. “Eggs are a great source of protein, so if you like them, there’s really no reason to limit your intake.”

Your hair doesn’t grow back any differently because you shave it. The most common reason for this belief, said Prescott, “is that the act of cutting the hair gives it the illusion of being thicker and darker.”

When the razor cuts away the tip, it leaves the remaining hair blunt on the end. This may temporarily give the appearance of thicker, coarser hair, but it doesn’t actually change the circumference or color of hair follicles, nor does it change your hair’s growth rate.

“I used to get in trouble for this one a lot as a kid,” said Prescott. “Where this myth came from, I have no idea. But there is no evidence to support it.”

Prescott said the dramatic, loud noise of knuckles cracking might have been perceived as destructive, but it really isn’t. The “pop” occurs when bubbles burst inside the fluid inside that lubricates the joint.

Arthritis occurs in only one of two ways: either through autoimmunity where the immune system attacks your own joint, as in rheumatoid arthritis, or in the more chronic, degenerative osteoarthritis, which is caused by inflammation related to other factors like obesity. Still, Prescott said. “Even if I had proven that to my mom, she probably would have said, ‘Stop it anyway. It’s impolite.’”