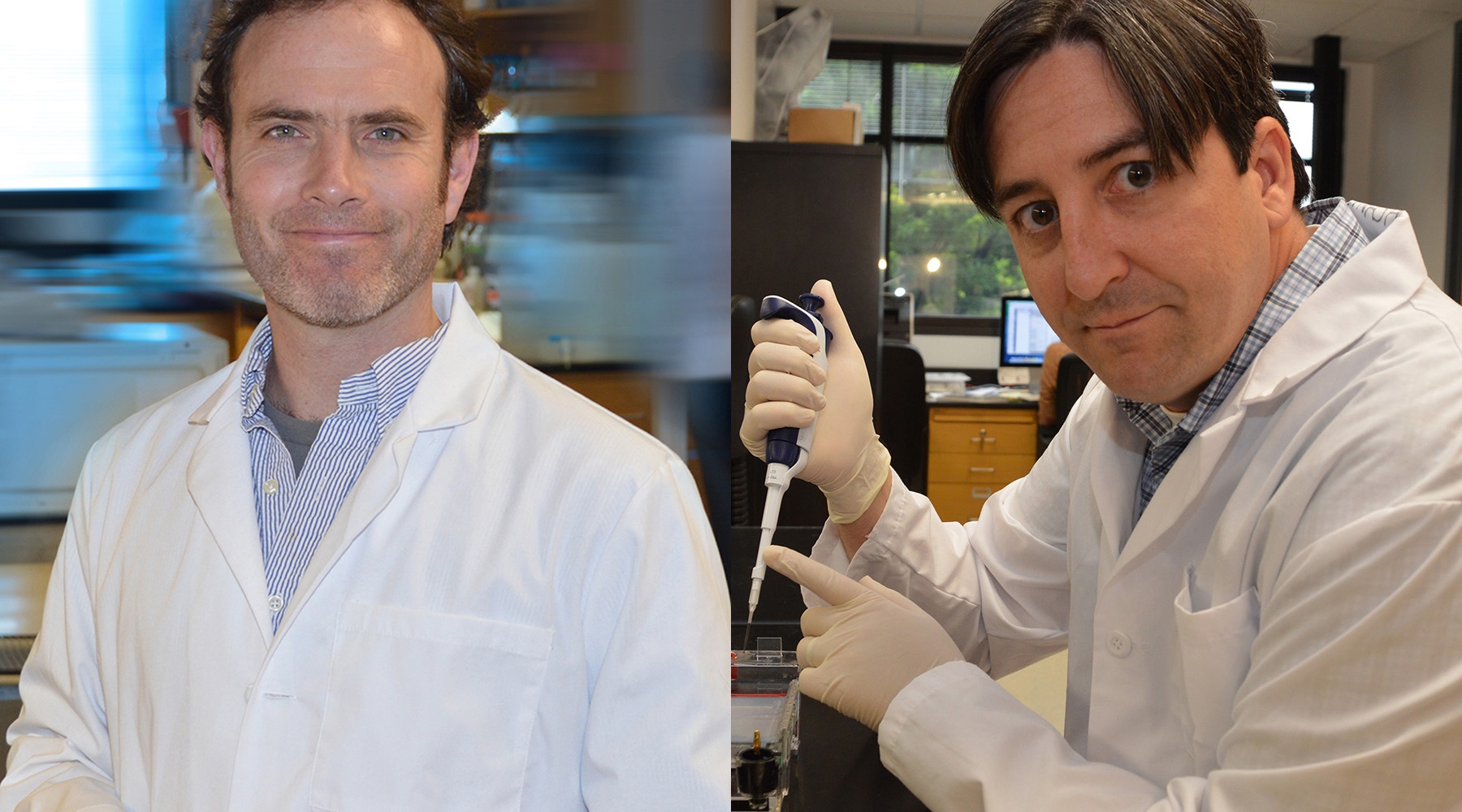 It took less than 24 hours for Sharon Tallman to lose her vision. It took half a decade to pinpoint the reason why.

“I was at a ballgame and all of a sudden my vision was blurry; I thought it was allergy related,” said Tallman. “Then I got overheated and felt like I was going to throw up. By the next morning, I couldn’t see out of my right eye.”

Tallman’s blindness and the other symptoms that followed were caused by a condition called neuromyelitis optica, or NMO. Scientists at the Oklahoma Medical Research Foundation are trying to unravel the mysteries of this rare disease and develop tools for earlier diagnosis and better treatment options.

OMRF has received a $646,000 grant to investigate the genetic origins of the condition. The one-year grant from the National Institute of Allergy and Infectious Diseases will allow OMRF researchers Bob Axtell, Ph.D., and Christopher Lessard, Ph.D., to look at how NMO starts and investigate its similarities to other autoimmune conditions like lupus and multiple sclerosis.

Also known as Devic’s disease, NMO is an autoimmune disease, which occurs when the immune system attacks its own healthy tissues as if they were harmful invaders. In the case of NMO, the body primarily attacks the optic nerves and spinal cord, resulting in inflammation that can cause severe pain and vision loss.

Unfortunately, Tallman’s first bout of vision loss was only the beginning. She also became paralyzed from the waist down in June 2015. She slowly rehabbed from a wheelchair to a walker and then a cane before walking independently by the end of the year. In early 2016, she even went completely blind for two weeks.

“Even when things are good, I never see totally. My vision, especially in my right eye, is different every day,” said Tallman, a Claremore, Okla., resident and patient at OMRF’s Multiple Sclerosis Center of Excellence, which specializes in MS and related conditions like NMO.

“Going blind is a horrible experience, but I have met people far worse off than me,” she said. “The work being done at OMRF is unbelievable. I trust that they are making tremendous progress, and the news of this new funding is very encouraging for people like me.”

OMRF’s MS Center clinicians work with onsite researchers who investigate the origins of the disease, and they share information back and forth.

In the lab, Axtell and Lessard are digging into NMO’s root causes to speed diagnosis and improve treatment options.

“NMO is a really uncommon, devastating disease that looks a lot like MS in terms of symptoms and clinical signs,” said Axtell. “But it’s very different from MS when it comes to treatment and how potentially destructive it can be.”

Axtell said symptoms are often more severe after an NMO attack than MS itself, and the disease can also invade regions of the brain and brain stem, which can be particularly catastrophic.

“It’s a lot more inflammatory than MS, and it can actually lead to severe disability and even death, depending on where the inflammation occurs in the brain and spinal cord,” he said. “An attack there can shut down all normal functions, like breathing.”

Currently there is no approved therapy for NMO and early diagnosis is critical to minimize life-long consequences and even death.

According to the National Multiple Sclerosis Society, approximately 4,000 people the U.S. have NMO, and it occurs 80 percent of the time in women.

“This is a very poorly understood disease, and we’re looking at genetic and immunological approaches to study it,” said Lessard. “We’re hoping to use this funding to better understand it and make some headway in learning how to treat it.”

And that hard work and the potential in these research efforts fills Tallman and other NMO patients with hope.

“The work OMRF is doing is a great example of the steps scientists are taking in the fight against NMO and diseases like it,” said Tallman. “Some day, through medical research, we can put an end to this.”