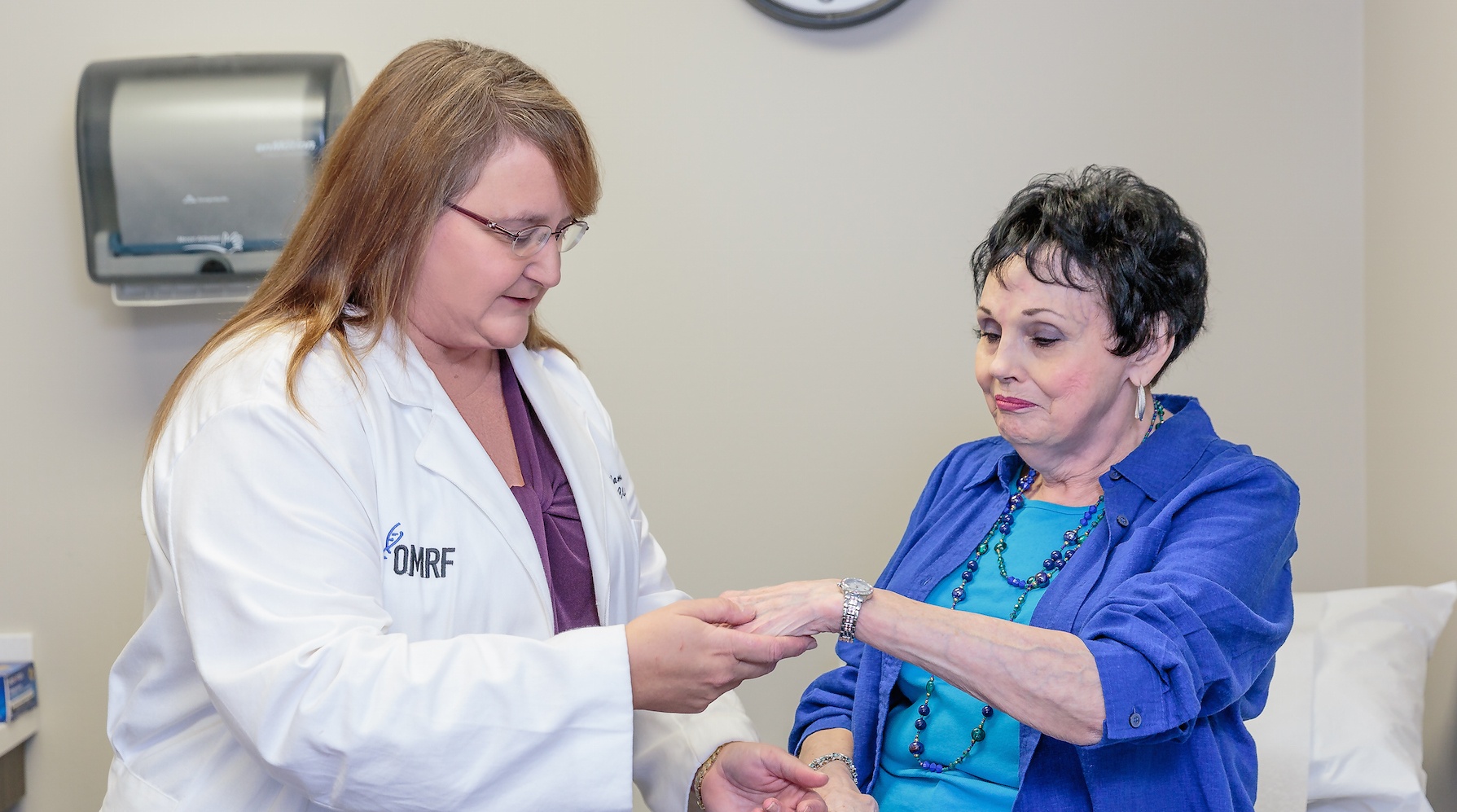 James leads the Arthritis & Clinical Immunology Research Program at OMRF and also serves as OMRF’s Vice President of Clinical Affairs. A physician-researcher, James received the award for her contributions to understanding systemic autoimmune diseases such as lupus and rheumatoid arthritis.

ASCI is a national honor society of physician-scientists who translate findings in the laboratory to treatment advancements for patients. It presents the Korsmeyer Award each year to a physician-scientist who has advanced knowledge in a specific field and played a key role in mentoring future generations of researchers.

A board-certified rheumatologist and internationally recognized researcher, James is best known for her work in the prediction and prevention of the autoimmune disease lupus. Her research has resulted in OMRF’s designation as a National Institutes of Health Autoimmunity Center of Excellence, one of only 10 nationwide.

She was part of a team of investigators who first demonstrated the presence of lupus autoantibodies in the blood before clinical symptoms of the disease. She’s now leading a multicenter clinical trial that has built on this work, seeking to identify individuals at risk for the disease and intervene with treatment aimed at delaying onset and disease severity and potentially preventing the disease altogether.

“Dr. James is a pioneer in autoimmune disease prediction and prevention,” said OMRF President Stephen Prescott, M.D. “She has dedicated her career to tackling some of the most puzzling and difficult-to-treat diseases, and this well-deserved honor recognizes the impact she has made both in the laboratory and in the lives of patients.”

In addition to her scientific accomplishments, James has excelled as a mentor for students and postdoctoral fellows, with a particular emphasis on identifying and training American Indian and rural students to careers in medicine, biomedical research and related fields.

Among her numerous career honors are the U.S. Presidential Early Career Award for Scientists and Engineers (2000); the Edmund L. Dubois Memorial Lectureship, Research and Education Foundation of the American College of Rheumatology (2007); the Paul Klemperer Memorial Lectureship of the American College of Rheumatology (2019), and the Evelyn M. Hess Award for outstanding lupus research from the Lupus Foundation of America (2019).

A native of Pond Creek, Okla., James earned her B.S. from Oklahoma Baptist University and her M.D. and Ph.D. degrees from the University of Oklahoma Health Sciences Center. She joined OMRF’s scientific staff in 1994.