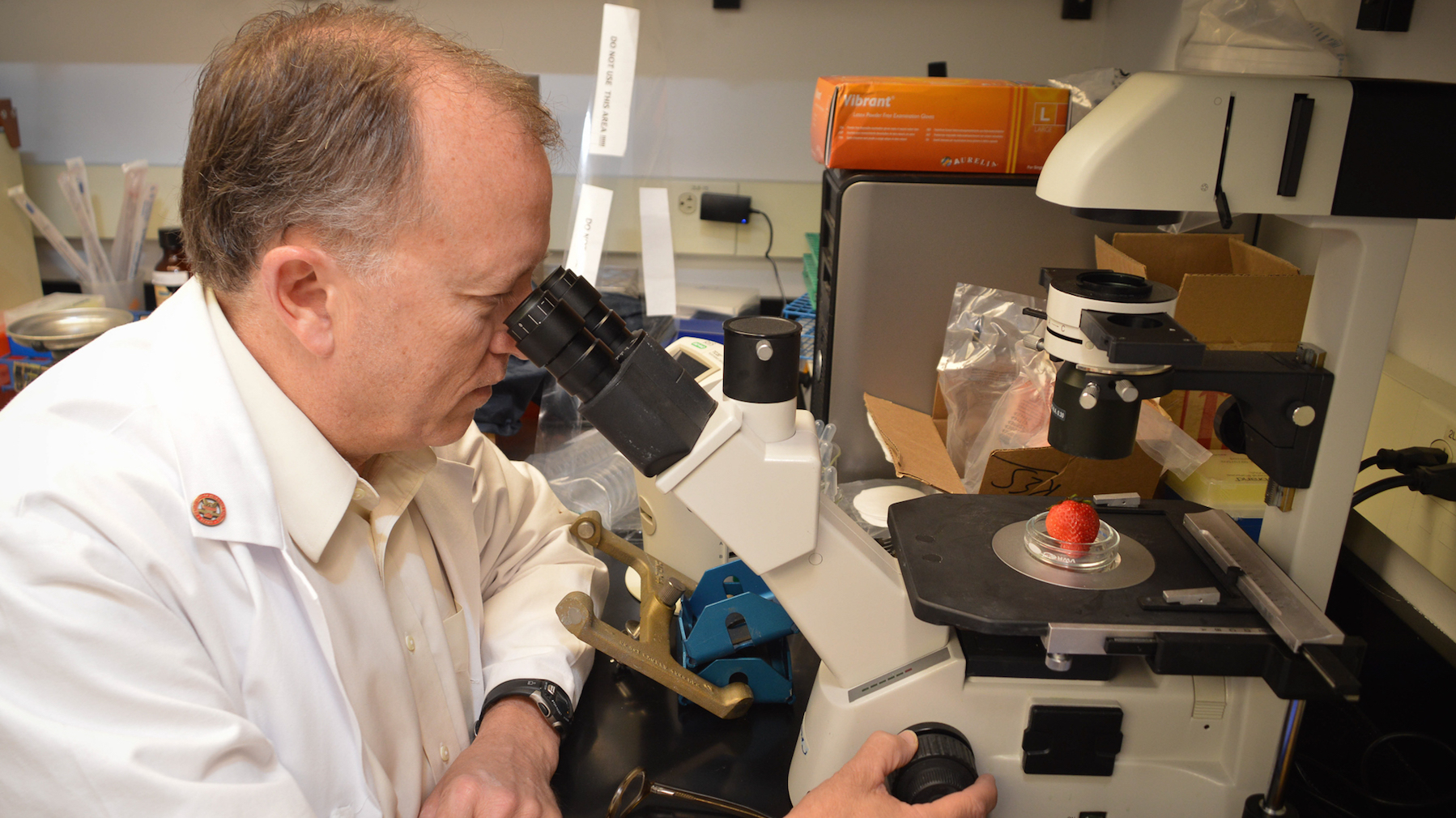 A new study suggests you might find a powerful ally in the fight against arthritis in the produce section of your local supermarket.

OMRF scientist Hal Scofield, M.D., and a team of researchers recently completed a human clinical trial that looked at the effects of strawberries as an anti-inflammatory measure to reduce pain associated with osteoarthritis.

“The idea that there are anti-inflammatory compounds in strawberries is not a new one, and preventing free radical damage with berries and other fruits has been around for a while. But applying its benefits directly to osteoarthritis is new,” said Scofield, a physician and medical researcher in OMRF’s Arthritis and Clinical Immunology Program.

Osteoarthritis, or OA, is the most common form of disability in the U.S., affecting nearly 27 million Americans. It occurs when the cartilage that cushions bones in the joints breaks down and wears away, leaving the bones to painfully rub against one another.

This form of arthritis is inflammatory in nature and is made worse by oxidative damage caused by free radicals, highly reactive oxygen molecules that can build up in cartilage. The study was designed to examine the effects of strawberries on pain, inflammation and quality of life in obese individuals with OA.

Scofield and the research team found that strawberries showed positive effects in fighting this inflammation and preventing free radical oxidative damage. Surprisingly, it only required a small amount—50 grams or about a quarter cup of berries—to achieve the desired outcome.

After 12 weeks, the people eating the actual strawberry compound showed measurable positive effects, whereas there was no improvement for the other individuals.

In fact, biomarkers of inflammation and cartilage degradation were significantly decreased in the individuals who ate strawberries. This group also reported a reduction in constant, intermittent and total pain.

The findings were published in the scientific journal Nutrients.

Scofield said the next step is to see how the effects of the fruit compare in a head-to-head trial with anti-inflammatory medications. But for now, he said there is no harm in adding a handful of the red berries into your daily routine.

“You’re supposed to eat five servings of fruits and veggies a day anyway, so here’s a good way to get one that effectively fights pain and inflammation,” said Scofield. “Plus they taste great. It’s a win-win, especially for those with OA.”