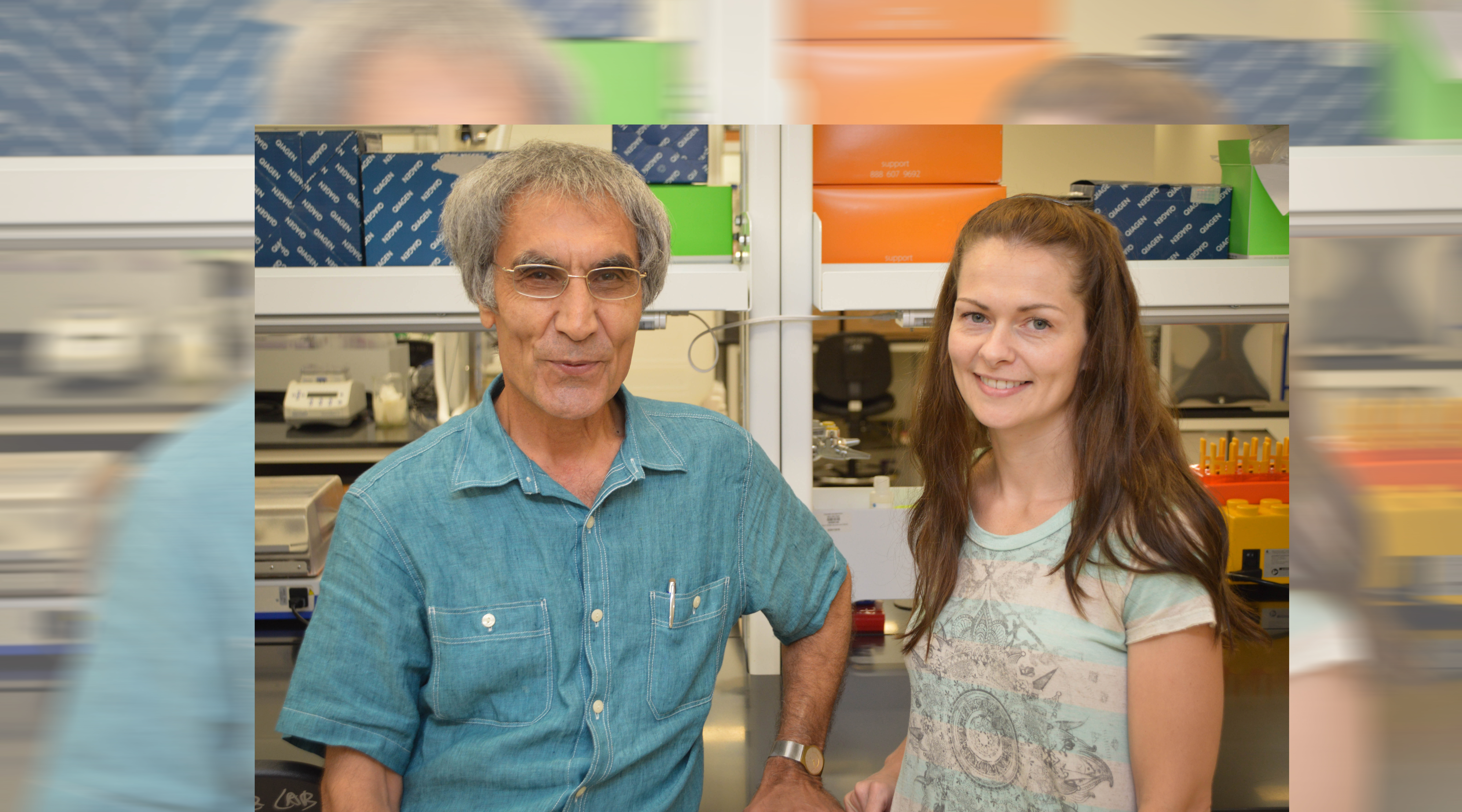 OMRF has received a pair of grants totaling nearly $2.1 million from the National Institutes of Health. The projects will focus on mechanisms that underlie proper blood coagulation and ovarian cancer.

OMRF scientist Ray Rezaie, Ph.D., received a four-year, $1.74 million grant from the NIH’s National Heart, Lung, and Blood Institute that will allow him to continue research on a protein called antithrombin, which inhibits coagulation of blood.

Rezaie joined the foundation’s Cardiovascular Biology Research Program in 2017 from the St. Louis University School of Medicine. He studies blood clotting and inflammation, including how clotting factors work together to stop bleeding and how they regulate inflammatory responses when blood vessels are injured.

Antithrombin, which is located in blood plasma, is an inhibitor necessary for regulating coagulation and inflammatory pathways that are essential for maintaining healthy processes in blood vessels. “We know that antithrombin binds to molecules in the vascular system to initiate an essential anti-inflammatory response to keep vessels intact and healthy,” said Rezaie. “But we still don’t know how it works.”

The second grant was awarded by the NIH’s National Cancer Institute to Magdalena Bieniasz, Ph.D. Over three years, it will provide $339,000 to study the underlying mechanisms of a receptor called sfRon, which has been implicated in aggressive ovarian cancer progression.

“This sfRon receptor actually makes the cancer aggressive and resistant to standard treatments, and that’s why we need to know how it works,” said Bieniasz, a scientist in OMRF’s Functional and Chemical Genomics Research Program.

She will also be testing drugs that inhibit this receptor in order to search for therapies that will work in targeting the receptor present on cancer cells.

Bieniasz became a principal scientist at OMRF in 2016 after completing a postdoctoral fellowship at the Huntsman Cancer Institute in Utah. She receives funding support for her research from the University of Oklahoma’s Stephenson Cancer Center, where she is also a member.

In her lab at OMRF, Bieniasz studies how ovarian cancer grows and spreads in the body, as well as the genetic changes in cancer cells that can lead to chemotherapy resistance.

This grant from the National Cancer Institute is tailored to provide new investigators with the early support to help them generate more data to be highly competitive for future grants.

“There are not many grants out there that do this,” she said. “Now I have assets to hire people for my lab and do more experiments. It’s a really great boost for this research in its early stages.”

Rezaie’s NHLBI grant designation is 2R01 HL062565-19A1 and Bieniasz’s NCI grant is1K22 CA207602-01. OMRF Vice President of Research Rodger McEver, M.D., said these grants speak volumes about the quality of research being done by these scientists in an increasingly tough climate for funding.

“The NIH is the major funder of biomedical research in the U.S. and applications for NIH grants are rigorously reviewed and highly competitive,” said McEver. “Awards like these are a testimony to the rigor and creativity of their research.”