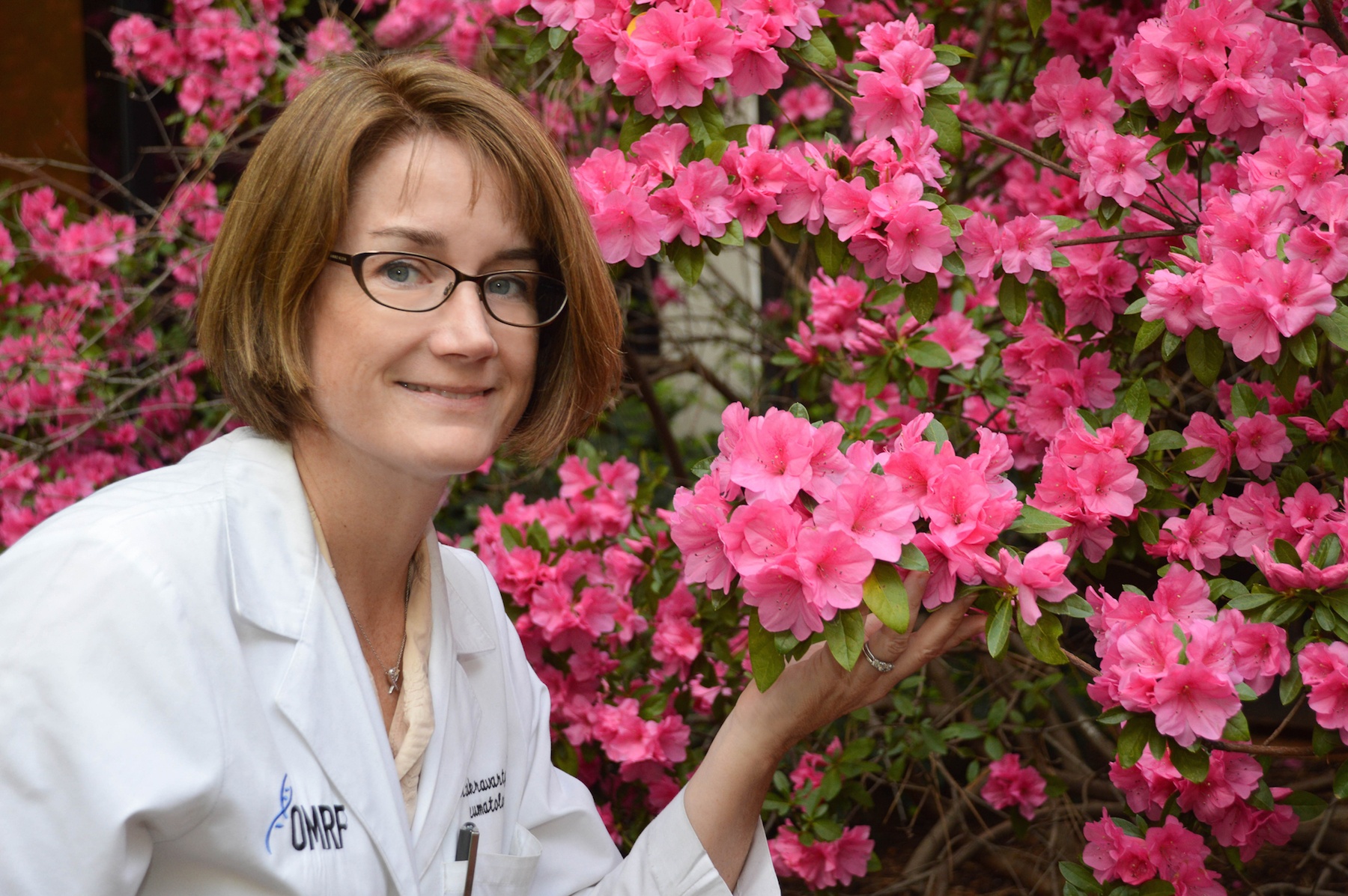 With the exception of a few cold snaps and a bit of snow, winter had little impact on the Sooner state this year. And now that spring has arrived, allergy sufferers are paying for those warmer-than-usual months.

While Oklahoma City and Tulsa routinely rank among the top cities in America for springtime allergies, sniffles and watery eyes seem to be worse than normal this spring, said OMRF immunologist Eliza Chakravarty, M.D. The culprit, she said, is that warm winter weather.

“A milder winter makes for worse allergies, plain and simple,” said Chakravarty. “In other words, those warm winter months might have come as a relief for many, but we’re paying for it now.”

Oklahoma is already tough on those with allergies thanks to the swirling winds and the types of pollens blowing around in them, but a warmer winter adds other factors to the mix.

“When you have unseasonable warmth in February and March, trees and plants get tricked into thinking it’s springtime, so they bloom ahead of schedule,” she said. “They may go a little dormant if it cools off, but the pollen is already in the air. The trees are kind of confused, because they think their hibernation period is over so they start to do their usual spring thing. If we had an ordinary cold winter, this would have happened a month or six weeks later that what we’re seeing this year.”

But early spring allergens aren’t the only antagonists mounting an attack after a lack of cold weather: fall allergies won’t go down without a fight.

“Different types of allergies are worse at different times of the year,” said Chakravarty. “There’s a very good chance of lingering allergens from the fall that didn’t get knocked out during the winter months. Now those are floating back around mixed with the earlier-than-normal spring ones. It’s really a dreadful scenario for some people.”

To make matters worse, she said, is the relative lack of rain the past few months. Early blooming mixed with high winds and a lack of rain equates to a perfect storm of allergens, because the pollen hasn’t been tamped down into the soil, making allergens much more volatile and widely dispersed.

Your allergies might seem like an unbeatable foe—especially this year—but there are ways you can protect yourself to at least minimize their impact on your immune system.

Chakravarty recommends cleaning or replacing the air filters in your air-conditioning system to keep them as efficient as possible. “Also, use the A/C rather than allowing pollen-filled air to blow through your windows, because it coats the inside of your home with pollen particles,” she said. “Same goes for the car. Use recirculated air to minimize the amount of pollen you breathe while driving.”

Other easy-to-implement tips include regularly washing your hands and changing your clothes after spending time outside to remove as many pollen particles as possible. And if you have pets who spend time outside but come in your house, bathe them more often to remove the pollen from their coats.

Once you take care of your immediate environment, medication is always an option.

“Over-the-counter antihistamines are your friend,” she said.

Luckily, the usual suspects that come with allergies—sneezing, watery eyes, congestion and so on—aren’t dangerous, she said, but they are annoying. Antihistamines do a good job limiting the allergic response to help soothe the symptoms.

“If cleaning your environment and taking antihistamines isn’t enough, I recommend seeing an allergist,” said Chakravarty. “You might benefit from allergy shots, and also it can help to know exactly what you’re most allergic to so you can reduce its immediate presence around you and your home.”