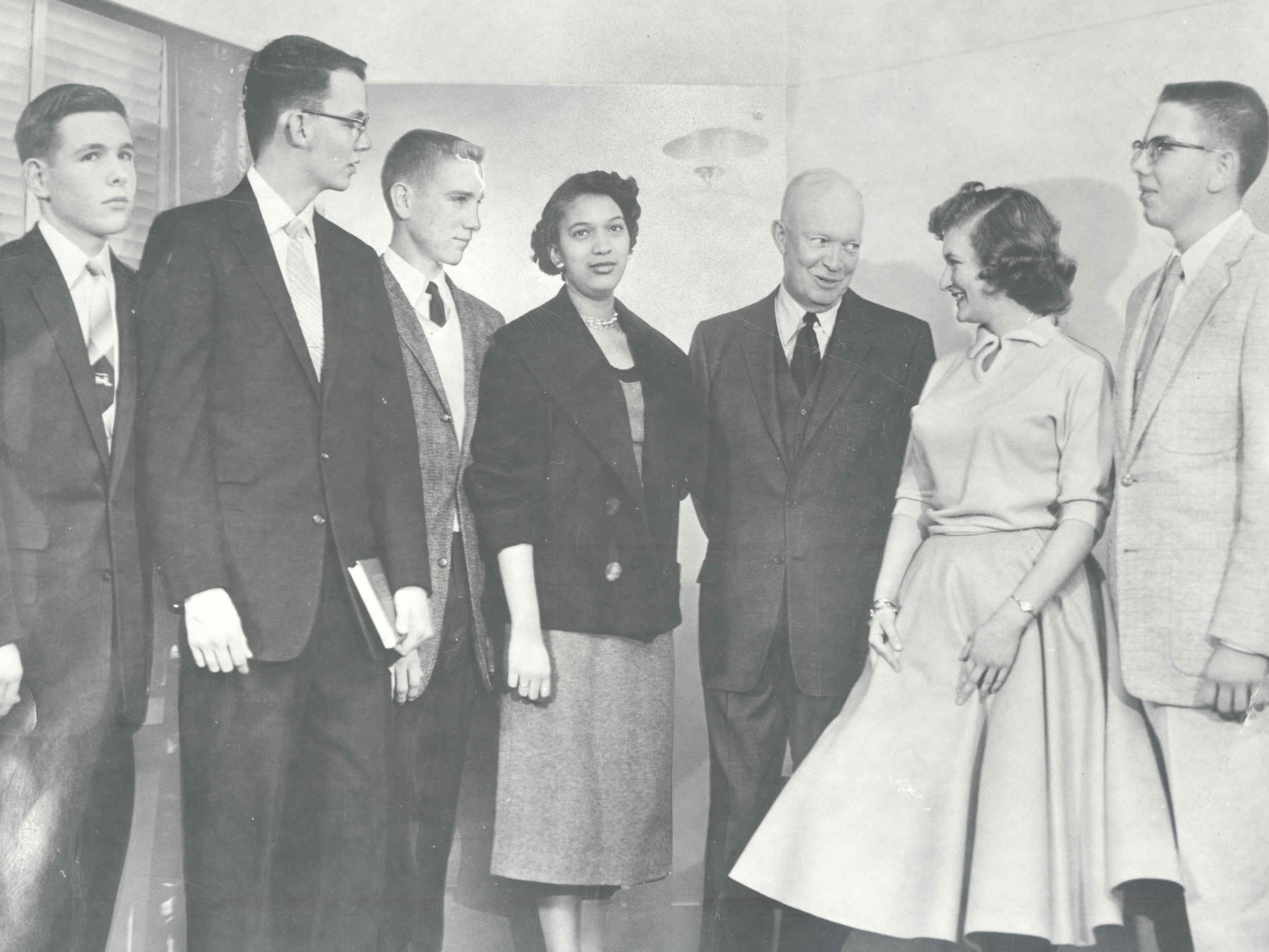 More than 120 guests from across the country gathered at OMRF’s Gaylord Pavilion in the foundation’s research tower to share six decades of cherished memories.

The Fleming Scholar Program was founded in 1956 to give Oklahoma’s top science students an opportunity to gain lab experience in a research setting. The program was named after Sir Alexander Fleming, the legendary Nobel Prize-winning scientist who discovered penicillin and also came to Oklahoma City in 1949 to dedicate OMRF’s first building.

“It was truly wonderful to come back here. My number one memory is the kindness and support that was there and the willingness of the scientists to work with you,” said Marguerite DeVonne French, M.D., a member of the 1957 class who traveled from Kansas City, Mo., to attend. “This program has always been great, and it taught me at an early age that good things come from hard work.”

French also remembered appearing on NBC’s Today Show, then hosted by Dave Garroway, along with all her Fleming classmates. Another guest on the show that day was President Dwight D. Eisenhower, who, in the wake of the Sputnik mission, had launched a nationwide campaign to strengthen science education in the U.S.

As scholars, students take part in hands-on, individual research projects under the direction of senior-level OMRF scientists. In recent years, these in-depth projects have covered a wide range of topics from autoimmune diseases like lupus and Sjögren’s syndrome to the role of proteins in cell division, the connections between obesity and osteoarthritis, and how mitochondria function as muscle mass decreases with age.

In addition to lab research, scholars learn from OMRF scientists about diverse research projects and science-related career options. They attend social events and spend time as a group outside the lab. At the end of the summer, scholars made formal presentations outlining their individual research results to OMRF’s scientific staff.

Saturday evening’s festivities featured a panel of former Fleming scholars answering questions varying from their favorite memories to how it influenced their career choices.

Kennith Layton, M.D., a Stillwater native who was a Fleming Scholar in 1991 and is now an interventional neuroradiologist at Baylor University Medical Center in Dallas, also made the trek to OMRF because of the lasting positive impact of the program. “It made a huge impression on my life and really pushed me into science as a career,” he said. “I have nothing but fond memories of the program; it was a great way to spend a summer. I loved having this opportunity to come back and see what’s been going on here.”

“It’s fantastic to see the range of people who have had an interaction with OMRF over the past 60 years,” said Rodger McEver, M.D., Fleming class of 1965 and who now serves as head of OMRF’s Cardiovascular Biology Research Program. “I’ve talked with scholars who are here this summer and one of my fellow Flemings from 51 years ago, Ann Cosgrove Thayer. It was a fantastic event to bring together such a wide span of brilliant minds that have both touched and been touched by this organization.”