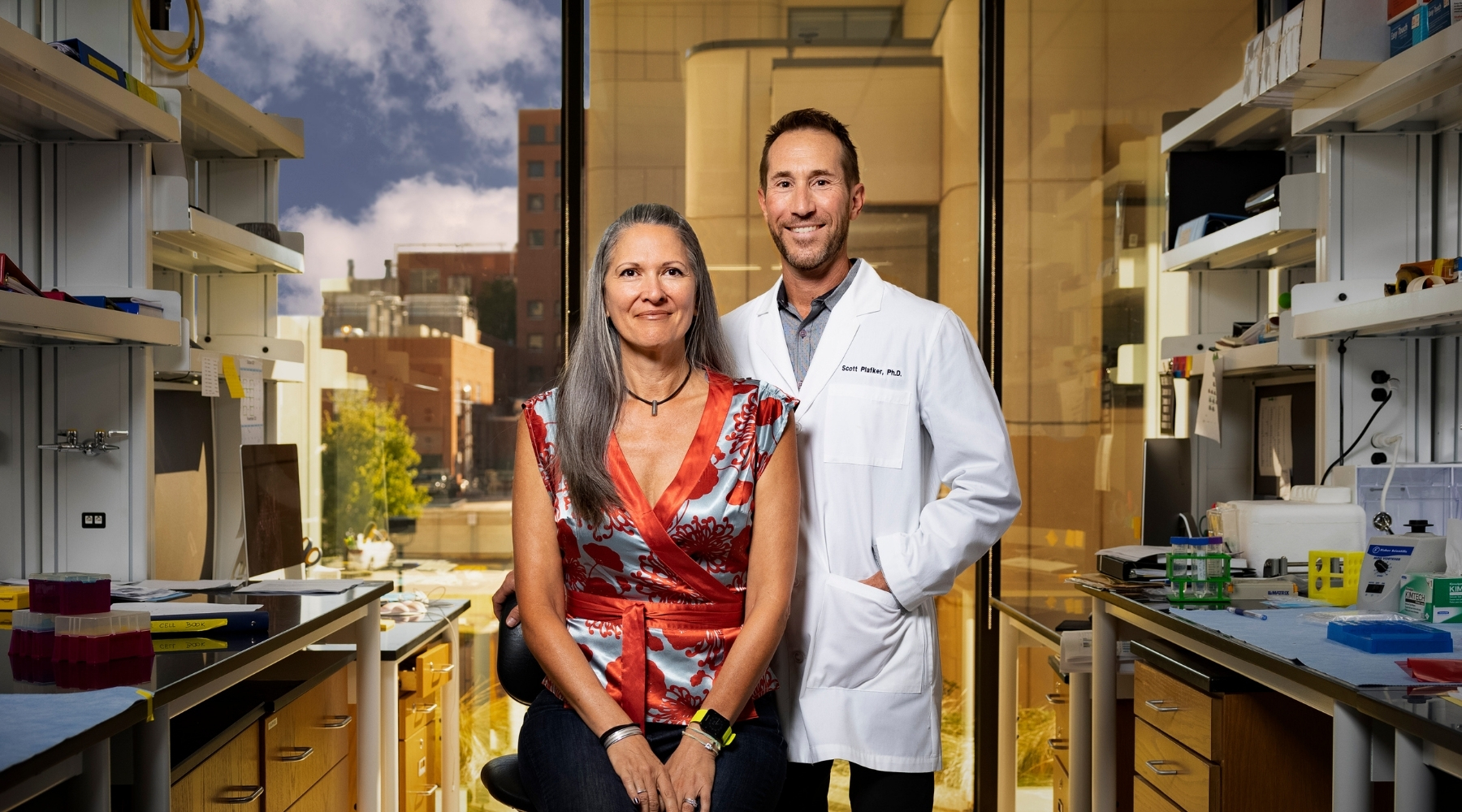 Scott and Kendra Plafker don’t just share a marriage and a name. They also share a lab.

“We’ve always worked together, so it would be weird for us to be apart in the day,” Kendra says.

The pair met in the early ’90s at Johns Hopkins University. She was a lab technician, and he was a graduate student. After earning his doctorate and embarking on a career as a medical researcher, Scott came to OMRF in 2011, and Kendra, with nearly a decade of experience as his lab manager, joined him.

The couple’s research is guided by the principle that diet and nutrition are the foundation of health and healthy aging. In recent years, they’ve become especially interested in whether diet contributes to diseases of the eye and if people with certain autoimmune conditions can find relief through what they eat.

“We want to embolden people to actively participate in their own health. Diet is a powerful way to do that,” says Scott.

Because nutrition is universal, the Plafkers’ research invites collaborations with scientists from across OMRF. “Working with people in other fields opens your eyes to a project in a way you could never have seen before,” says Scott.

“You never know where you’re going to get your next idea,” Kendra adds.

In addition to the time and effort they pour into their work, the Plafkers have donated to OMRF every year since they joined the foundation.

“Everyone here is doing great science,” Kendra says. “Sometimes a scientist just needs a little funding to get a new idea started. If we can help bridge that gap, everyone at OMRF benefits.”