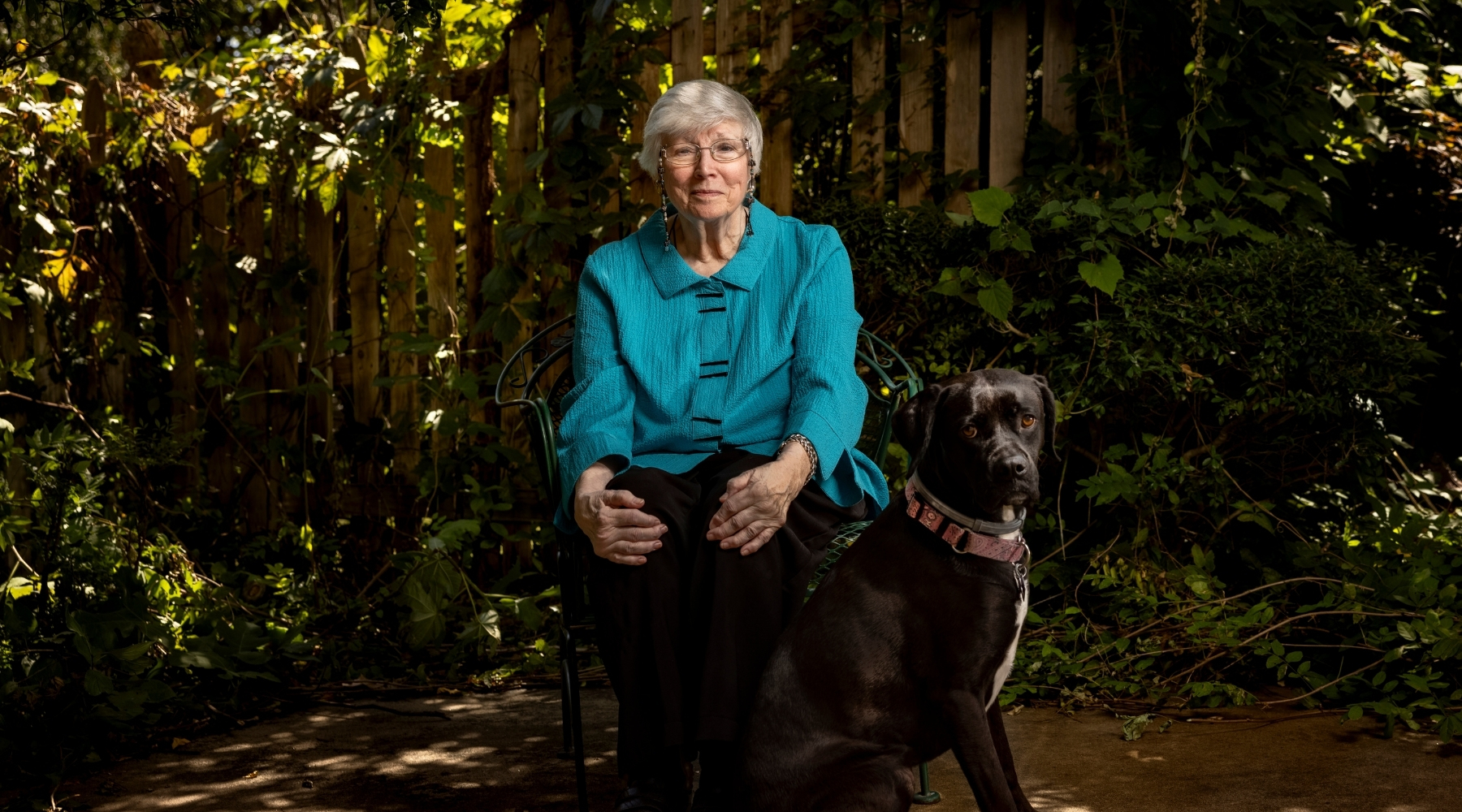 Home - The Givers - Giving with Gratitude

Catherine Tatum has lived life to the fullest.

She thrived during a long tenure at IBM, becoming one of the company’s first female managers. Then she enjoyed a second career in real estate. Her walls are adorned with items from around the globe, the treasured mementos of many of her far-flung journeys. When she wasn’t working or traveling, she enjoyed the theater, collecting pieces by Oklahoma artists, and the companionship of her rescue dogs.

But after a series of health episodes forced her into early retirement, she found herself on a frustrating medical odyssey. That quest came to an end when she saw Dr. Gabriel Pardo, a neuro-ophthalmologist who diagnosed her with multiple sclerosis.

Tatum followed Pardo to OMRF in 2011, when he joined the foundation to launch the only comprehensive center for MS care in the region. Eleven years later, she credits her biannual visits to OMRF with keeping her on her feet.

“It means everything to me that there’s a group close to home that specializes in MS,” says Tatum, who travels from Tulsa to see Pardo at OMRF in Oklahoma City. “I wouldn’t be able to do near as much without OMRF.”

Giving to OMRF, she says, is just a way to say thank you to its providers and scientists. “It’s one organization that I give to that really helps me. I get back way more than I give. Way more.”

Tatum knows the limitations that come with her condition. But, she says, help from friends and a life jammed with memories make sure that MS doesn’t define her. And with support from the team at OMRF, she hopes the 3,000 patients who visit the MS Center of Excellence each year would say the same.