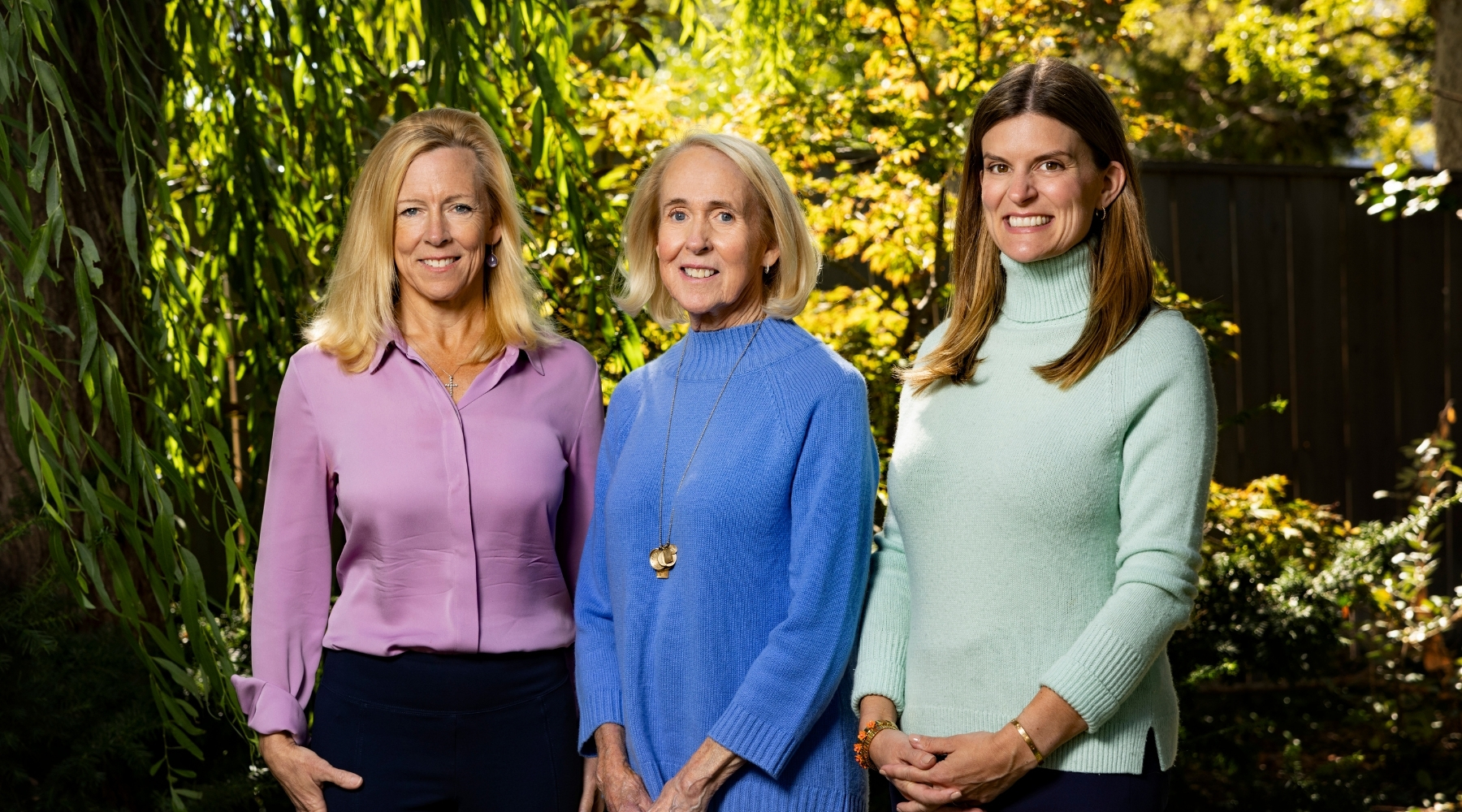 Home - The Givers - A Family Affair

On June 23, 1946, a group of the state’s business leaders gathered in Oklahoma City to discuss a new venture: an institute where scientists and physicians could devote themselves to understanding disease. Among the group who helped conceive what would become OMRF was E.K. Gaylord, the publisher of the newspaper then known as The Daily Oklahoman.

In 1950, the year OMRF opened its doors, Gaylord joined OMRF’s Board of Directors. Three decades later, son Edward L. Gaylord began a 14-year tenure as Board Chair. The family legacy continued with the Board service of two of Edward’s daughters, Louise Gaylord Bennett, who joined OMRF’s Associate Board in 1987, and more recently, Christy Gaylord Everest.

For Everest, whose husband’s grandfather was also instrumental in founding OMRF, the family connection was “neat” and played into her initial decision to join the full Board. But the reasons she’s stayed for 14 years – and counting – is “because of the science and because OMRF seems like family.”

Thanks to a rotating committee structure, she’s gotten to know many of her fellow Directors and OMRF staff members. She particularly enjoys learning about OMRF research and other aspects of science. “I really think that brings people in and connects them with the organization,” she says.

Everest’s service to OMRF through the years has included work on numerous Board committees, including co-chairing a fundraising effort that raised $10 million for cancer research at OMRF, and financial support for research and capital expansion projects through both the E.L. and Thelma Gaylord Foundation and personal giving.

Everest has also ensured the passion for OMRF and medical research is passed to the next generation of her family. In 2015, niece Mollie Bennett McCurdy became an OMRF Ambassador, a group of emerging community and state leaders who help create public awareness and understanding of the foundation and its mission. And in 2018, daughter Tricia Everest joined her mother on OMRF’s Board.

“Supporting OMRF is something we get to do together,” says Tricia. “It’s a bond that we have, and that makes it all the more special.”