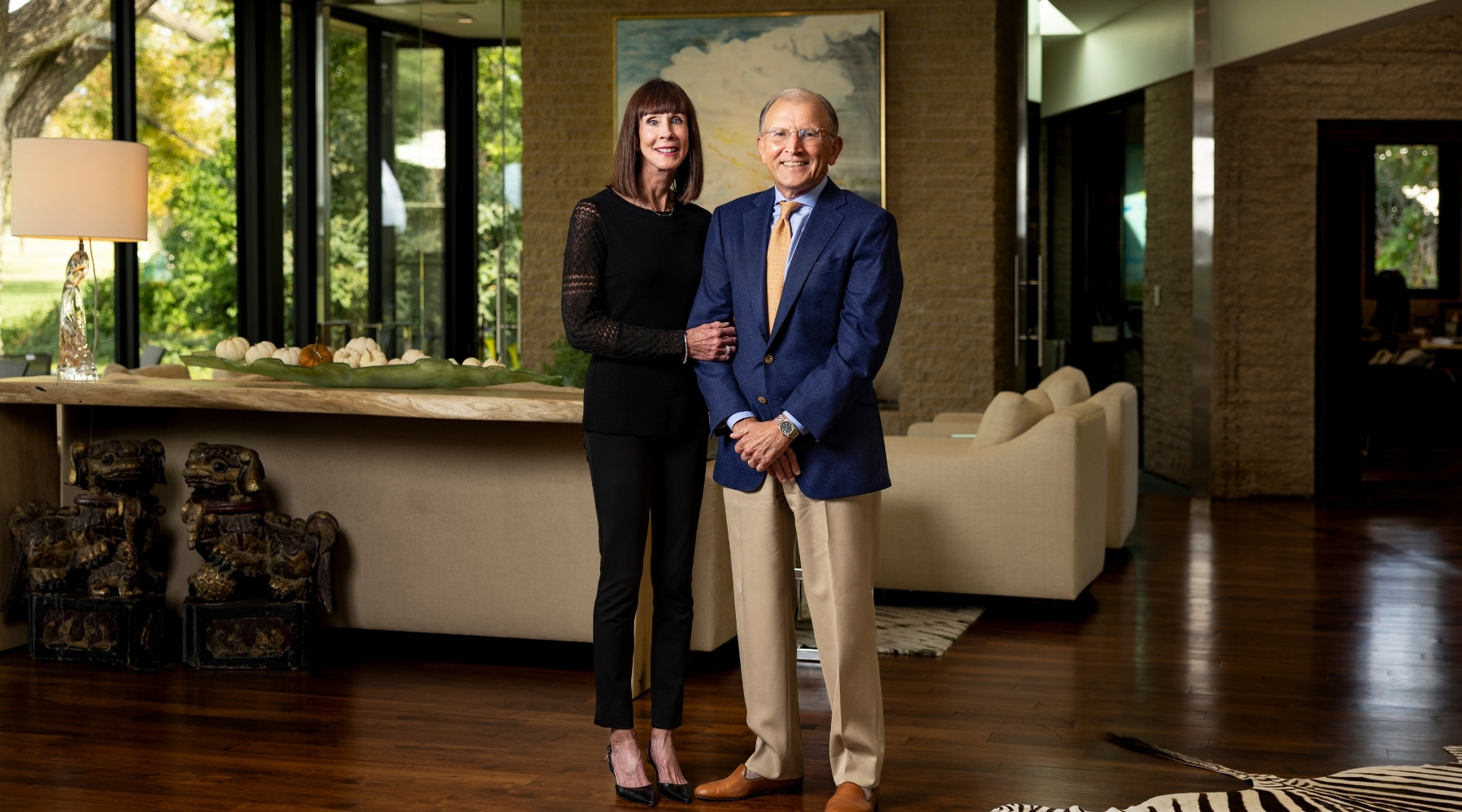 Len and Donna Cason decided to leave Dallas to return to Len’s Oklahoma roots more than four decades ago. “Oklahoma was a good place to grow. And we wanted to make a difference,” says Len.

The chance to make an impact in the community came in the form of a call in 1988, when Len was invited to join OMRF’s Associate Board. “I asked, ‘What does OMRF stand for?’” the Oklahoma City attorney remembers.

He learned quickly about the Oklahoma Medical Research Foundation, and after joining the Associate Board, it didn’t take long for him to recognize the vital contributions OMRF made to health in Oklahoma and beyond. Three years later, he became a member of the full Board.

“I started on the executive committee as the one taking notes and grabbing coffee,” Len laughs. Those days as de facto clerk didn’t last long, though. He became increasingly involved in the foundation, and in 2001, the Board unanimously elected him as Chair, a volunteer role he’s held ever since.

“Len has dedicated countless hours to OMRF,” says Donna. “When you look at the impact of its scientists over the years, it’s really easy to see why. OMRF changes lives.”

During his tenure, Len has guided the foundation through its largest period of growth, including adding more than 40 new principal scientists and the construction of the Research Tower. The budget has more than doubled, and the endowment has quadrupled. He’s also worked to ensure every Director on OMRF’s Board donates annually, a metric that proves crucial when the foundation applies for charitable support.

Despite those myriad accomplishments, he’s sure the best is yet to come. “Everything is teed up,” says Len. “The sky’s the limit.”

And in case you’re wondering, he’s excited to continue to help guide the foundation “as long as they’ll have me.” Judging from his track record, that could be quite a while.