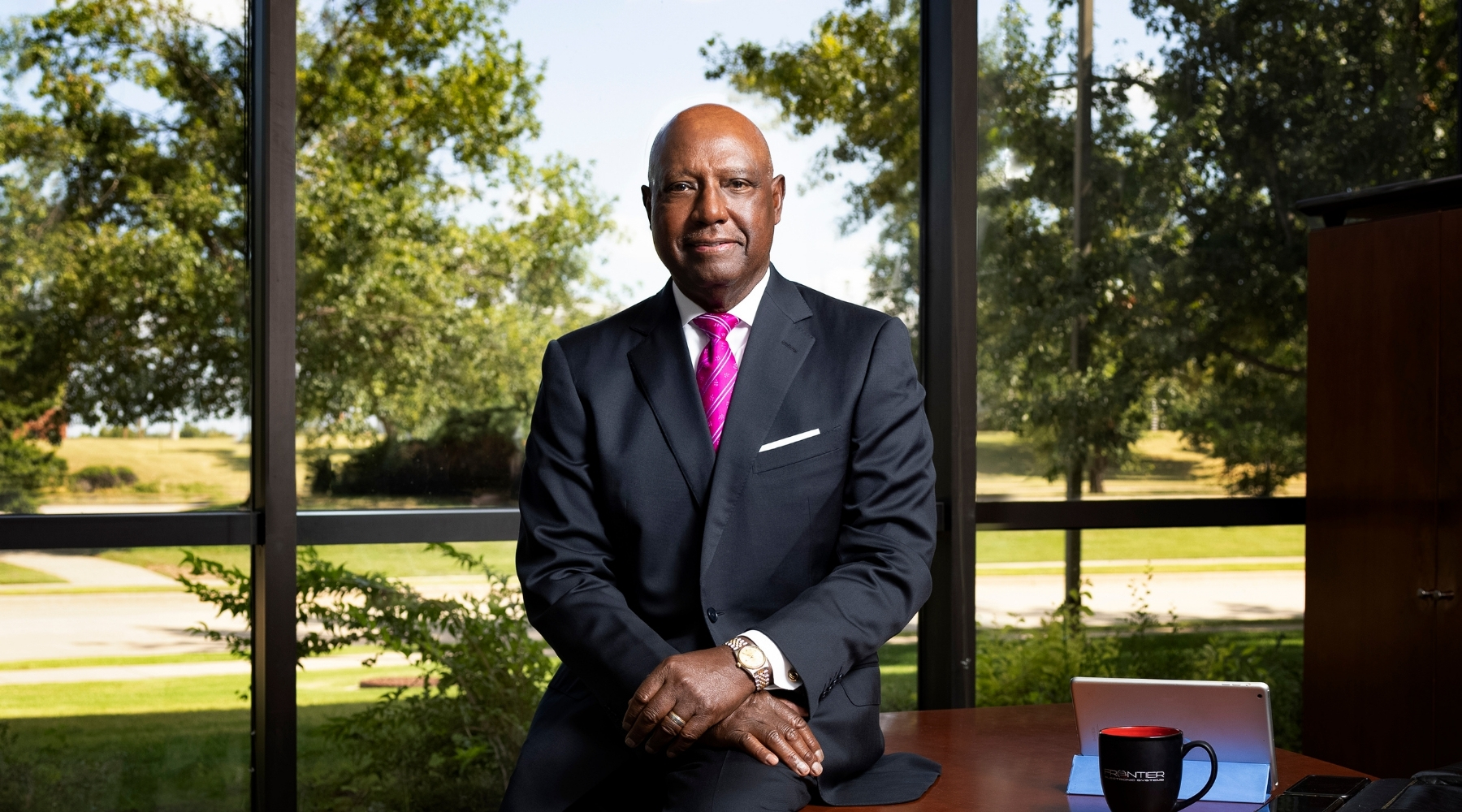 Michael Carolina may have grown up in the small town of Wewoka, but his dreams stretched around the globe.

The son of a teacher and a civil service worker, Carolina says everyone in his Central Oklahoma town took a turn raising him. “My parents were my guidance, but my community was too,” he says. “My teachers became my mentors and encouraged me to be ambitious.”

That ambition carried him into an engineering career that sent him around the world. His work eventually brought him home and – thanks to a chance encounter with then OMRF President Dr. J. Donald Capra – to the foundation.

Capra followed with an invitation to join OMRF’s Board. “I said, ‘Well, tell me more about it,’” says Carolina. That was more than two decades ago.

Today, Carolina is the executive director of the Oklahoma Center for the Advancement of Science and Technology, a state agency tasked with growing Oklahoma’s economy through technology development. At OCAST, independent panels of experts evaluate proposals for seed grants from researchers around the state, including at OMRF.

“Oklahoma has everything we need to elevate in national rankings, and OMRF is right at the center of that,” he says. “Results at OMRF are tangible. We get to see progress from every donation to this worthy cause.”

Though Carolina’s day job often brings him in contact with OMRF, his dedication to the foundation is rooted in OMRF’s potential to improve the quality of life for Oklahomans and people worldwide.

“The reality is that we are born, and we die,” he says. “The objective is to make the experience better in the middle.”