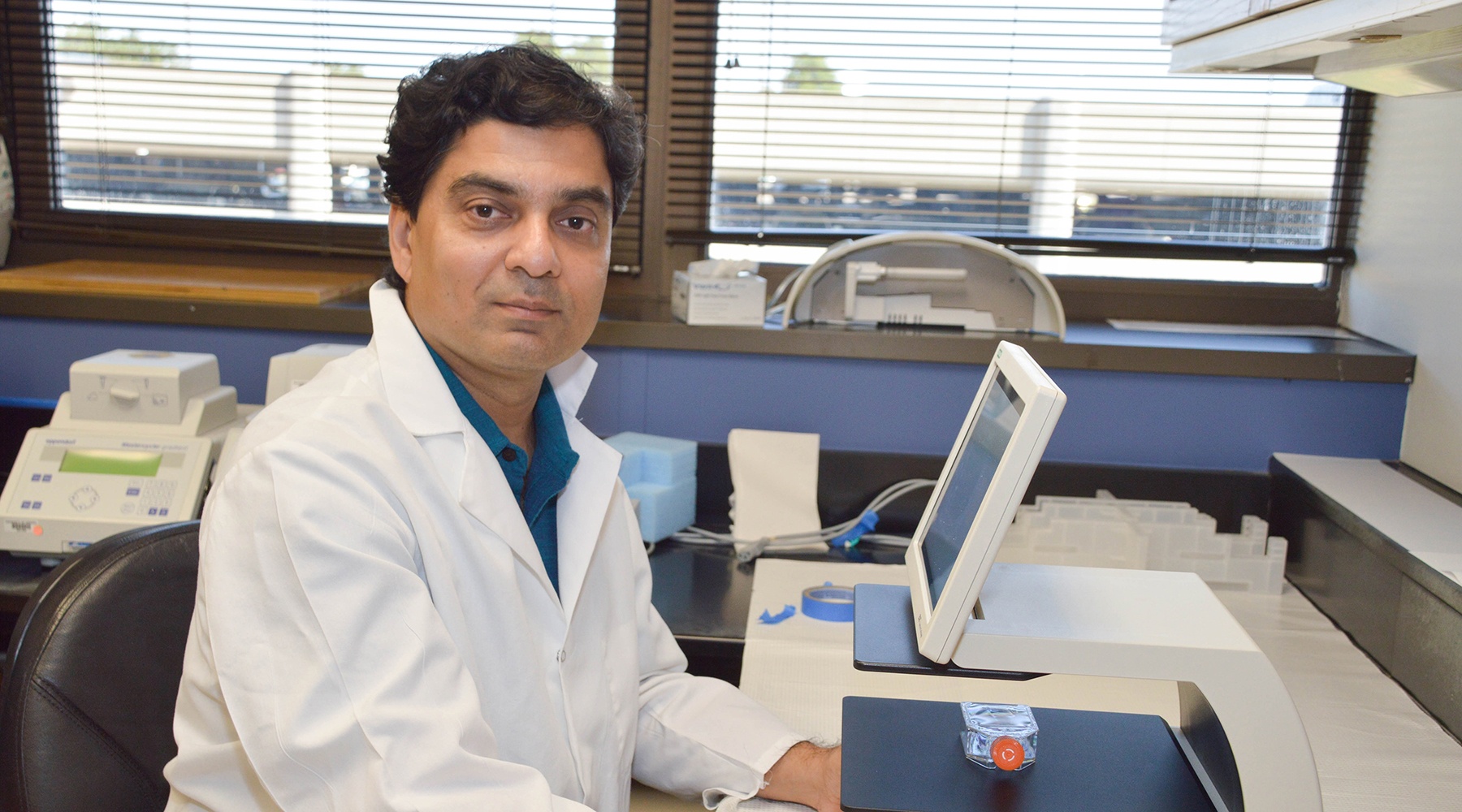 The National Institutes of Health has awarded the Oklahoma Medical Research Foundation $480,000 to investigate the long-term effects of viral infections on autoimmunity.

OMRF scientist Umesh Deshmukh, Ph.D., received the two-year grant to study how viral infections such as Covid-19 can influence the development of autoimmune diseases. Specifically, his lab will study the effects of a hyperactivated immune system on salivary glands that can ultimately lead to Sjögren’s syndrome.

Sjögren’s may affect up to 4 million Americans, according to the Sjögren’s Syndrome Foundation. While its causes are not fully understood, environmental triggers, such as viral infections, are believed to contribute to the development of the disease in individuals who carry certain genetic risk factors.

“We are learning more every day about the long-term side effects of SARS-CoV-2 infection, and specifically, we have learned the virus has found a niche in the salivary glands,” said Deshmukh, who joined OMRF from the University of Virginia in 2013. “While most people associate the virus with the lungs, we continue to see more areas of the body that are impacted in the long term. Salivary glands appear to be one of the organs at risk.”

Deshmukh said they are particularly interested in seeing how the “cytokine storm” the virus can cause in the body activates genes and immune factors that already put certain individuals at risk for Sjögren’s.

A cytokine storm happens when the body senses danger and rapidly generates a class of proteins, called cytokines, that help the immune cells to kill invading viruses or bacteria, explained Deshmukh.

“When the body overproduces these cytokines, it can lead to unintended damage,” he said. “This response is what causes a fever when you are fighting infection. It’s a good thing, but you can, unfortunately, have too much of a good thing.”

To understand the effects of cytokine storms downstream regarding autoimmunity, Deshmukh and his lab will mimic viral infections in research models. They will then monitor the activation of genetic risk factors for Sjögren’s and other autoimmune diseases.

“We are seeing that many Covid-19 patients have an autoimmune response already initiated,” he said. “With diseases like Sjögren’s, they can take years to emerge, so we need to hit the ground running now to get out ahead of a potential problem down the road.”

The grant, R21 DE031166-01, is funded by the National Institute of Dental and Craniofacial Research, a part of the NIH.