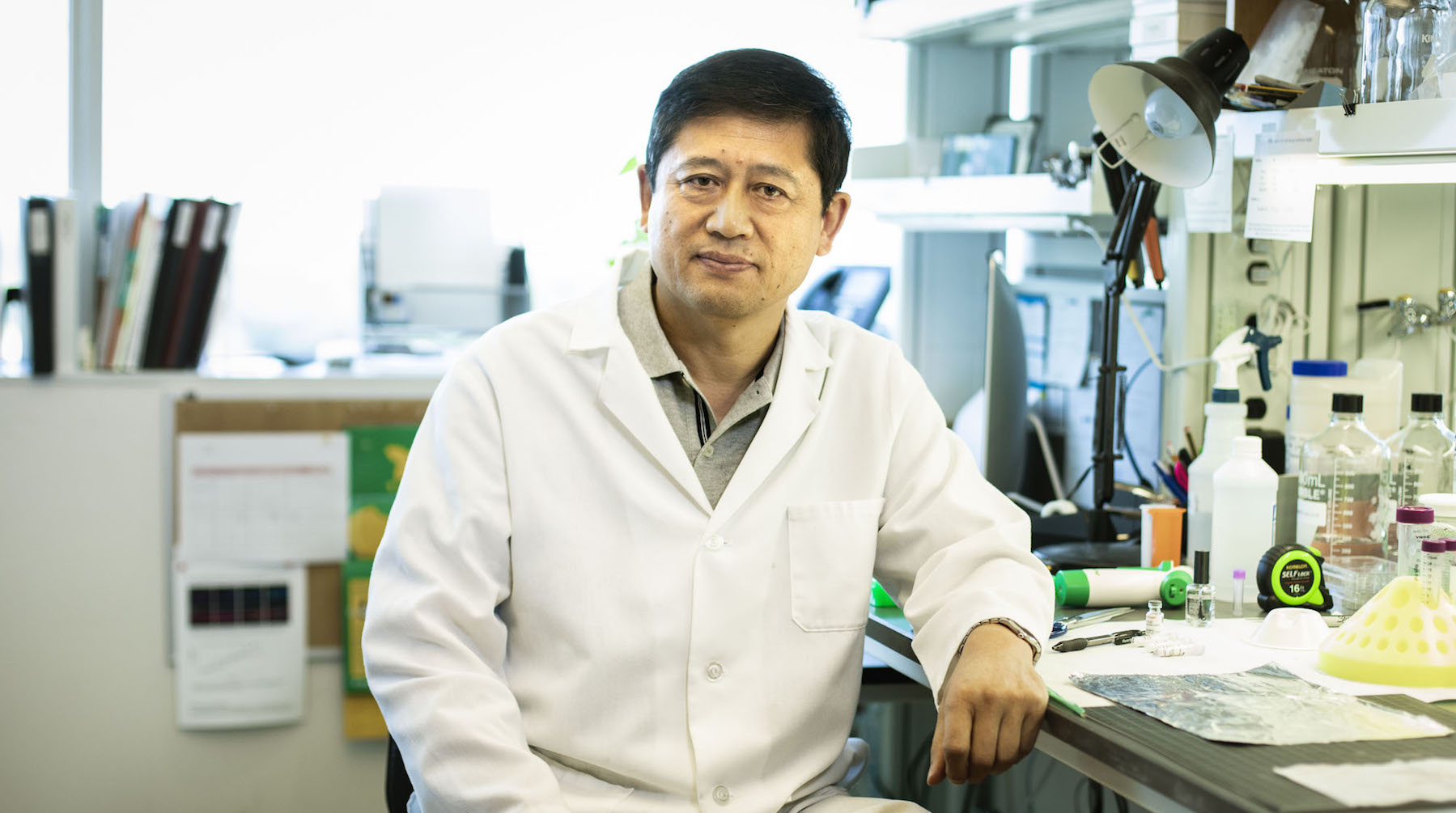 The pair of four-year, $1.75 million NIH Research Project Grants, or R01s, will support separate projects. The first will look into blood clots associated with heart attack and stroke. The second will explore the way lymphatic vessels form, which has applications in numerous diseases.

The R01 is the primary grant offered by the NIH. Last year, just 20 percent of applications were funded. Xia, who holds the Merrick Foundation Chair in Biomedical Research at OMRF and heads the foundation’s Cardiovascular Biology Research Program, said it is the first time in his more than 20 years at OMRF that he’s received two of the grants simultaneously.

“The competition for these kinds of federal dollars is fierce,” said OMRF President Stephen Prescott, M.D., “To be awarded two of them at the same time is an impressive accomplishment for any scientist.”

The funds will allow Xia and the scientists in his lab to build upon earlier discoveries and continue work that could lead to new therapies for patients.

In one project, Xia and his research team will investigate alternatives to antiplatelet therapies —blood thinners — the primary approach to treating dangerous blood clots that form in arteries. Often prescribed for a variety of conditions, blood thinners carry a potentially life-threatening side effect: excessive bleeding.

Based on findings in Xia’s lab on a platelet molecule called CLEC-2, he and OMRF scientist Bojing Shao, Ph.D., will investigate how the molecule regulates blood clots in arteries. They’ll also examine whether targeting the molecule could lead to the development of a new, safer treatment for blood clots.

In the second project, Xia and OMRF scientist Yuji Kondo, Ph.D., will continue their investigation of lymphatic vessels. Defects and damage in these vessels can be traced to conditions like lymphedema, a disease characterized by dramatic and painful swelling in the limbs, as well as advanced cancer and even obesity.

Still, not enough is known about how the vessels form, Xia explained. This funding will allow his team to build on a previous discovery in vascular development and how it might lead to new treatments.

“Receiving these grants is a significant honor,” said Xia, “A lot of the credit goes to the team effort from the researchers in my lab. This achievement says a lot about them and the work they do every single day to make a lasting difference for human health.”