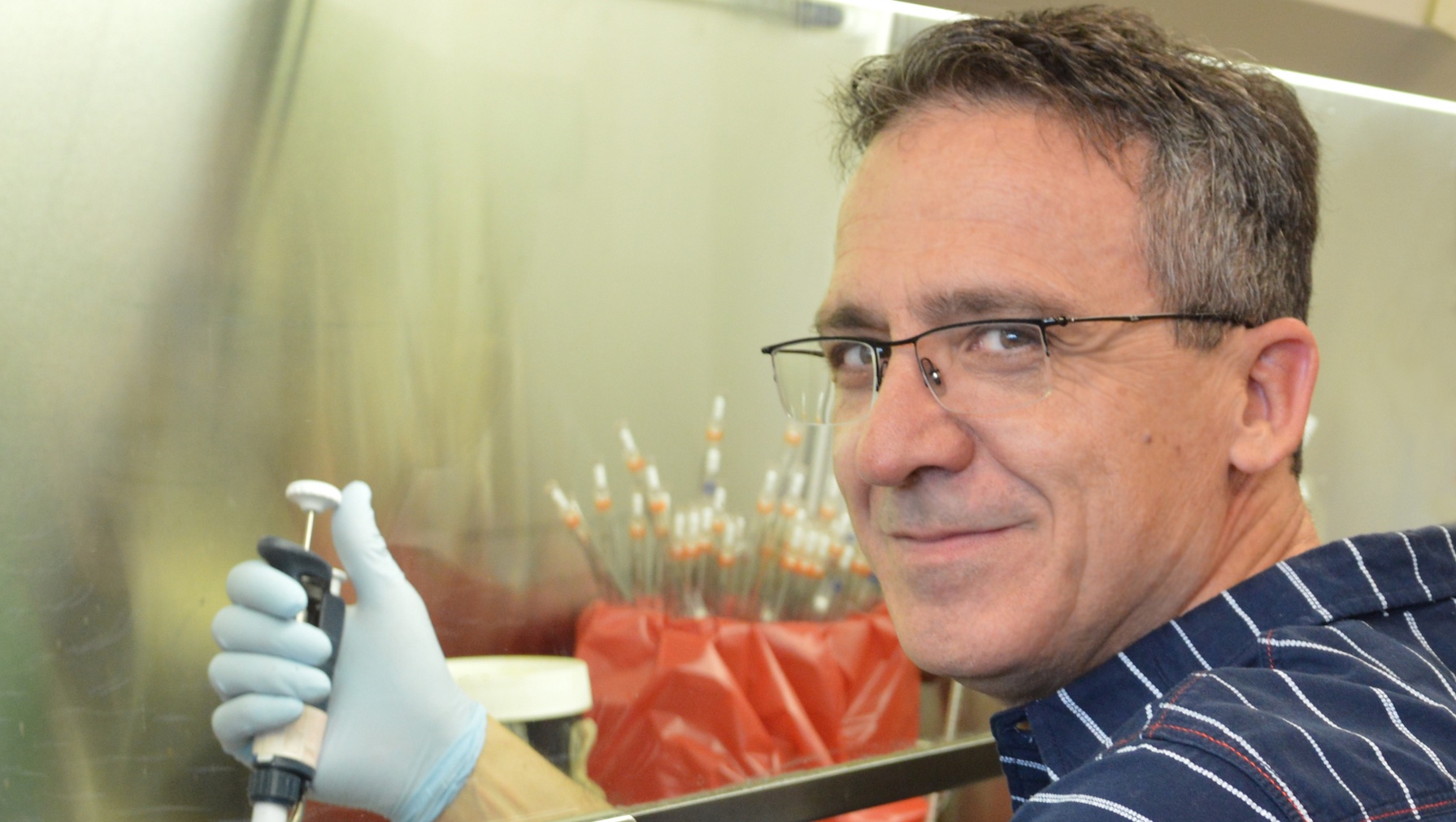 OMRF scientist Jose Alberola-Ila, M.D., Ph.D., has received a five-year grant from the National Institutes of Health to study a novel population of cells that appear to be protective against influenza.

The grant, awarded by the National Institute of Allergy and Infectious Diseases, will provide Alberola-Ila with $2.69 million to investigate the role a type of white blood cell plays in mounting the body’s response against flu infection.

In preliminary experiments, Alberola-Ila found that laboratory mice with greater numbers of these cells (known as NKT cells) were better protected from the virus.

“All the mice we looked at had the flu, but the ones with more of these cells lost less weight, got less sick and recovered faster,” said Alberola-Ila. “We don’t yet know exactly why the mice responded the way they did, and that is exactly what this new grant will allow us to find out.”

Alberola-Ila said if he and his OMRF research team are able to determine how these cells behave during an influenza infection, this could provide new leads on ways to improve flu vaccines. “A stronger and more protective response means a better vaccine, and that’s something our world needs.”

This year’s flu season proved to be one of the worst in decades, and the flu shot proved relatively ineffective against the primary strain, H3N2. Since the beginning of the flu season in September, the Oklahoma State Department of Health has reported 285 deaths and more than 4,700 hospitalizations.

Alberola-Ila, who joined OMRF’s scientific staff in 2005, said developing a universal flu vaccine is one of the highest public health priorities in the world, and anything researchers can learn about better protective methods is a step in that direction.

“The flu virus is deadly, and the fact that we need a new vaccine every single year is a huge and expensive process that can be very inefficient,” he said. “What we are learning could be a very real way of improving vaccination strategies in the long term, and that is an exciting opportunity.”