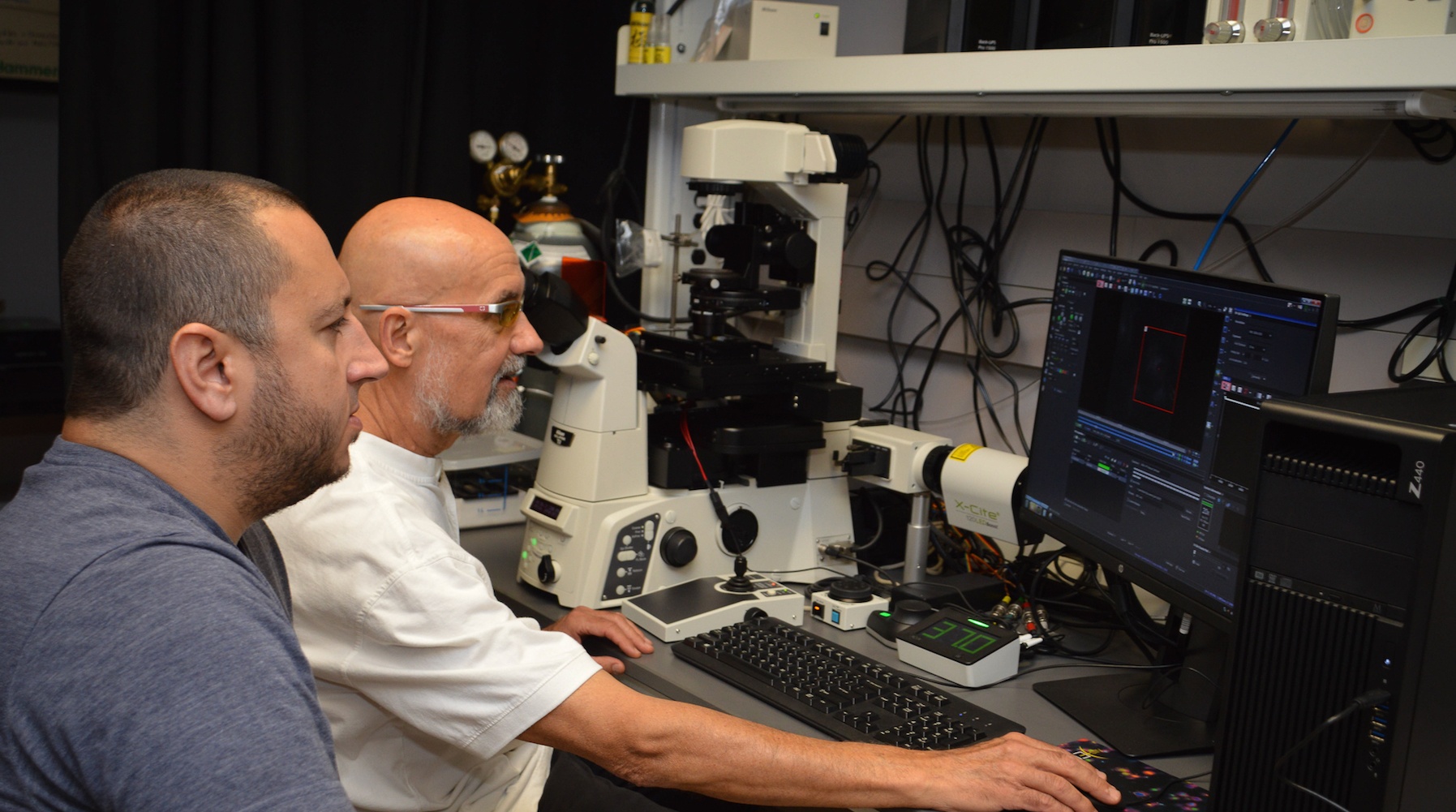 An OMRF scientist has discovered the role of a specific protein in a cell division process called mitosis.

OMRF researcher Aaron Tipton, Ph.D., a postdoctoral research fellow in the laboratory of Gary Gorbsky, Ph.D., discovered that a protein called GTSE1 is critical to ensuring this process functions properly.

In the cells, chromosomes move along tracks known as microtubules, said Gorbsky. These tracks have to be there for the chromosome to split properly so that each new cell has the correct amount in place after it divides.

“The funny thing is, these tracks are not stable. They are constantly falling apart and rebuilding themselves. You’d think this would cause problems, but we’ve actually learned that this drives the healthy movement of the chromosomes and causes them to move through the cells properly,” said Gorbsky, who is chair of OMRF’s Cell Cycle and Cancer Biology Research Program and holds the W.H. and Betty Phelps Chair in Developmental Biology.

This dynamic process is essential during mitosis, but if it becomes too volatile or remains too stable, the cells malfunction. This can result in the wrong number of chromosomes in the new cells, and that can lead to disease. It turns out this GTSE1 protein regulates these tracks.

“We found that GTSE1 is crucial in controlling those tracks that are the most stable. It causes them to fall apart just at the right time, because it’s necessary for proper movement,” said Gorbsky. “When GTSE1 is absent, the tracks are too stable, and the cells are unable to properly separate their chromosomes.”

Gorbsky’s lab currently focuses on understanding how this protein functions under normal circumstances, but he said this finding could have future relevance to better understanding certain cancers and chromosomal disorders.

“It’s not something we’ve look into yet, but we do know this protein participates in a pathway that is essential for normal cell division,” he said. “We know the pathway and segregation of chromosomes is abnormal in cancer cells, so now we’ve identified a potential way this pathway goes awry, so it’s a possibility to explore.”

OMRF researchers Jonathan Wren, Ph.D., John Daum and Joseph Siefert, Ph.D., contributed to the findings, which were published in the Journal of Cell Biology.

This research was funded by grants 5R01GM111731 and 5P20GM103636 from the National Institute of General Medical Sciences, HR12-177 from the Oklahoma Center for the Advancement of Science and Technology (OCAST), 1F32 CA189450 from the National Cancer Institute, and support from the McCasland Foundation.