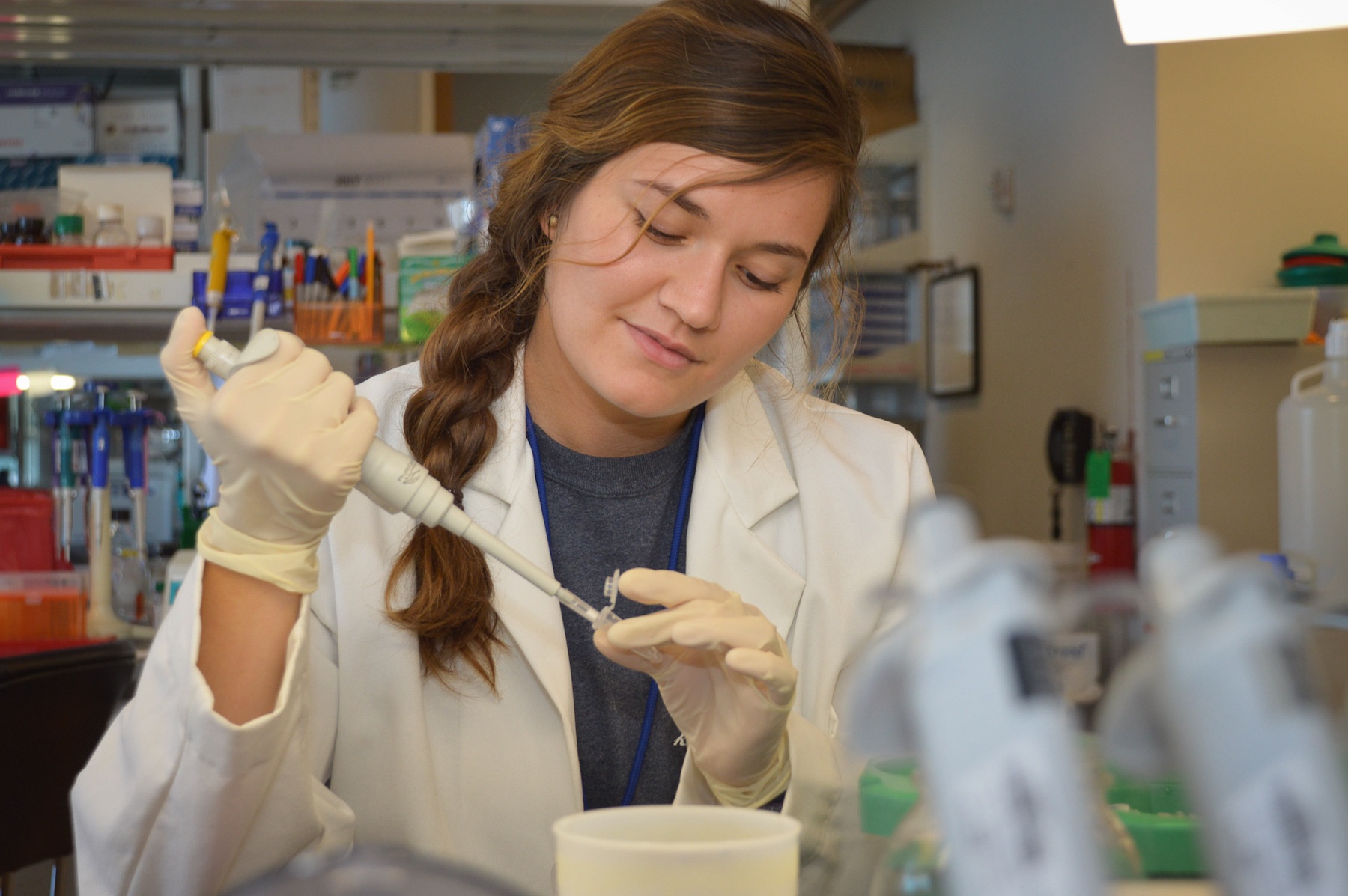 John Saxon III, M.D., a Muskogee physician and OMRF board member since 2000, established the program to honor his father, a West Point graduate who taught for five years at the U.S. Air Force Academy and was a career Air Force pilot before passing away in 1996.

The Saxon program is designed to provide military academy students with an opportunity to work side-by-side with OMRF’s senior scientists.

Lerdahl, a biology major, specifically worked on what happens when cell division goes wrong in mitosis, which can result in disorders like Down syndrome and is implicated in certain cancers.

“This experience has been even more intense than I thought, and that’s a great thing. It’s very hands-on and the mentors are super helpful but also give you the freedom to make mistakes and learn on your own,” said Lerdahl. “It made me a better scientist and researcher. The environment here is just phenomenal.”

Erin McShane, a battalion sergeant major at the U.S. Naval Academy, is a chemistry major who was assigned to the lab of Ken Humphries, Ph.D., where she worked with an enzyme called PFK2. This is important because it is under-expressed in people with diabetes. It could provide a clue as to why diabetics can’t properly metabolize glucose.

“This project has been fascinating and a truly unique experience. I have an interest in serving in the Navy’s medical corps, and this has provided invaluable exposure to what medical research looks like up close,” she said. “We have sent someone from the academy here for several years, and I am thrilled to have had this amazing opportunity.”

Yuma, Ariz., native and Naval Academy midshipman second class Jocelyn Rodriguez worked under the guidance of Courtney Griffin, Ph.D., where she studied the formation of the vasculature, specifically during development of embryos. Rodriguez, who studies chemistry, said understanding how vessels work is important not only for embryonic development but also during the development of a tumor. Understanding how to disrupt the process could lead to new ways to slow or stop tumor growth.

“I have an interest in becoming a medical officer, and this opportunity has been great for my future,” she said. “It’s fun to pick the scientists’ brains to see if I want to do research or be more on the clinical side of things. It’s also great to see the leadership styles here at OMRF. Dr. Griffin is phenomenal and you can really see people love to come to work every day in her lab. It’s inspiring.”