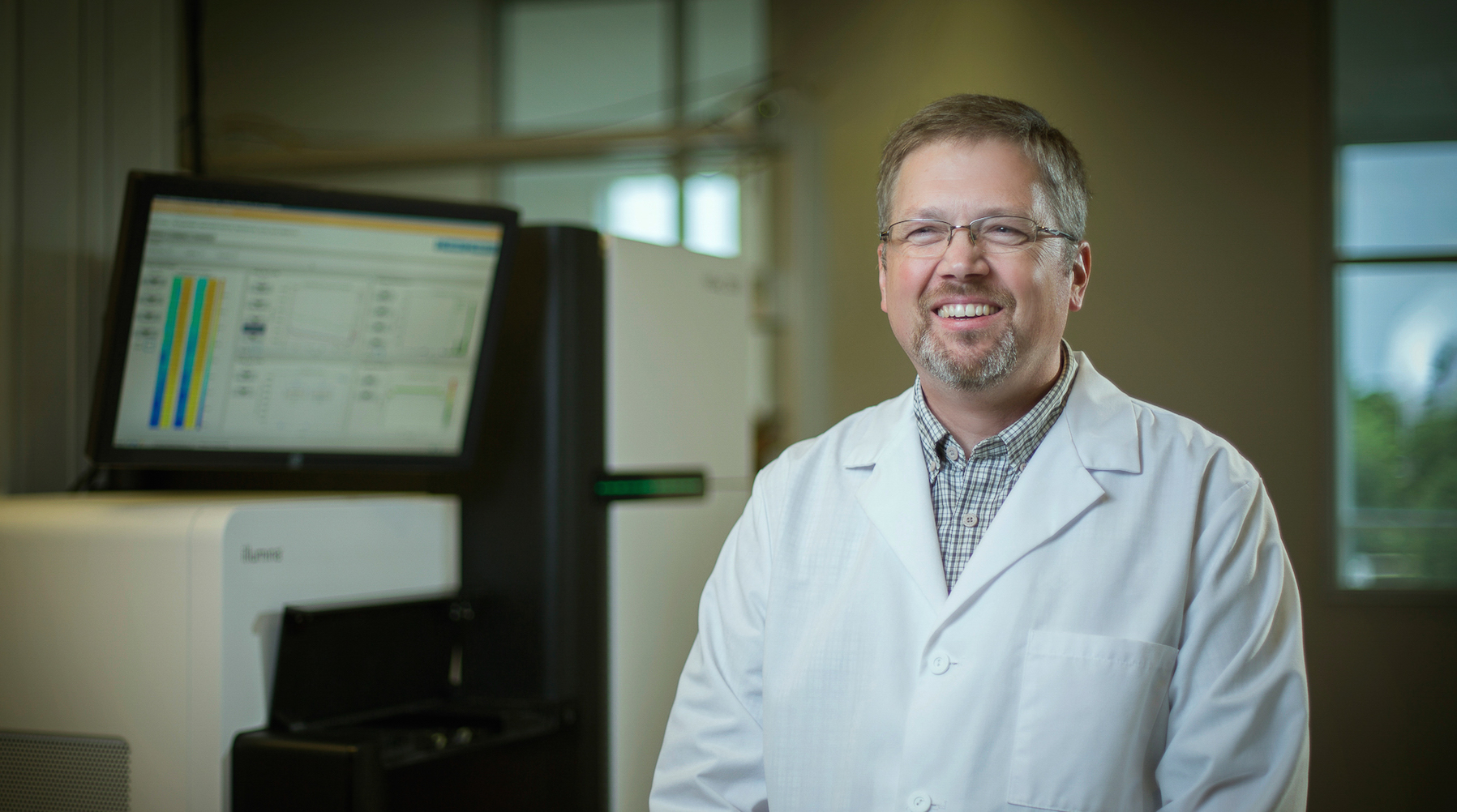 In a new study, scientists at OMRF have contributed to the discovery of a gene associated with lupus.

The gene, NCF1, is a protein that was known by researchers, but it had not previously been linked to lupus, an autoimmune disease in which the body’s immune system becomes unbalanced resulting in ‘flares’ of inflammation that damage tissue and organs.

OMRF researchers Patrick Gaffney, M.D., Christopher Lessard, Ph.D., Kathy Sivils, Ph.D., and Astrid Rasmussen, M.D., Ph.D., took part in a collaborative effort, which was led by Dr. Betty Tsao from the Medical University of South Carolina. Results from the study revealed NCF1 experiences changes in its amino acids, inhibiting its function in a process critical to responding properly to inflammation or infections. Amino acids, said Lessard, are the foundation from which proteins are built.

NCF1 is known to be important in the creation of specific types of neutrophils, which are the most common type of white blood cells in the body. The gene plays a crucial role in a process called neutrophil oxidative burst, a rapid response by white cells to address inflammation or infections. The research team discovered that NCF1, as a result of the change to its amino acids, was inhibited in this oxidative burst process.

“This neutrophil link with lupus is becoming connected now,” said Gaffney. “For a long time, we didn’t think neutrophils had anything to do with disease pathogenesis, but now through genetic studies and other research in inflammation, we’re seeing a really important role for neutrophils in lupus.”

This study gives researchers some mechanical insight into which neutrophil pathways are relevant for the development of lupus.

“This is obviously a critical pathway in autoimmunity, and the pathway itself was already on our radar,” said Lessard. “The variant of the gene didn’t have good biology behind it, so the research had to be pretty outside-the-box to figure out the variant. It looks like a critical one because it is amino-acid changing. Of the 100 or so genes that have been defined, only about 10 do this.”

Lupus impacts approximately 1.5 million Americans—predominantly women—and there is a strong genetic association with the disease, but it is notoriously difficult to diagnose and treat because of how widely it varies from person to person.

Identifying the genes associated with the disease—and the roles they play—is crucial information in the ongoing effort to understand how to best combat it.

“This is sort of like painting. You know what you want to have the canvas look like in its completed form, but we have this tree in the middle of the scene right now,” said Gaffney. “It’s information that helps us build models of what causes lupus, which can spring other ideas for targeting pathways with interventions and drugs. These are the more long-term objectives, but there is tremendous value in being able to continue to add features to the painting. Some day, we will have that canvas completed, and every discovery plays a role in making it happen.”

The research team was also able to show the gene variant in multiple ethnic populations, including Caucasians, African Americans and Chinese. The link was also found in other autoimmune diseases, including rheumatoid arthritis and Sjögren’s syndrome.

The findings were published in the scientific journal Nature Genetics.

“Lupus is a complex disease with many pieces in the puzzle. Many of these pieces have yet to be identified. This discovery helps with the bigger picture,” said Lessard. “Hopefully these findings translate into a better understanding of the disease so we find ways to predict and prevent it in the future.”