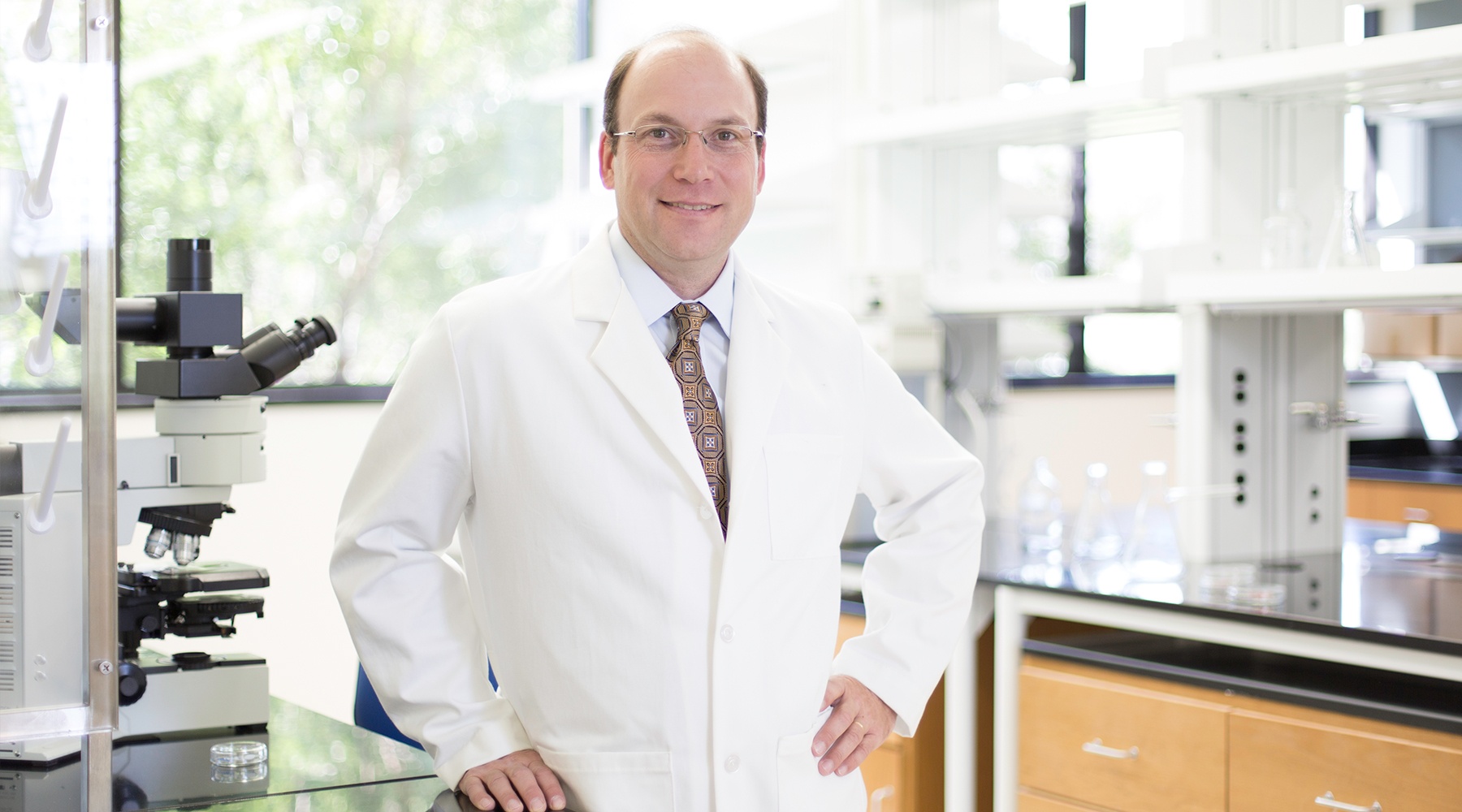 Scientists at OMRF have made an important discovery that may point to how colon cancer develops.

The new finding, published in the scientific journal eLife, could lead to new pathways for drug development for colorectal cancers. According to the Centers for Disease Control and Prevention, colorectal cancers are the third most common cancers in the U.S. for both men and women.

For the new research, an OMRF team led by David Jones, Ph.D., worked with collaborators at the University of Utah’s Huntsman Cancer Institute. “We were approached by collaborators at Huntsman who had discovered a novel gene now known as MPC1 that regulates energy production in cells and that appeared dysregulated in colon cancer,” he said. “They asked us to look into it further.”

Using tiny fish called zebrafish, Jones and his lab were able to investigate the relationship between the MPC1 and another key colon cancer-causing gene (known as APC) they had studied for years.

“What we found is that APC controls the level of MPC1 and therefore controls the metabolic needs of intestinal cells,” said Jones, who leads OMRF’s Functional and Chemical Genomics Research Program and holds the Jeannine Tuttle Rainbolt Endowed Chair in Cancer Research.

To better understand the relationship between the two genes, Jones performed an experiment.

Fish that lacked the APC gene developed defective intestines, which is analogous to the development of colon cancer in humans. These fish also showed low levels of the MPC1 gene. “So we wanted to know if putting MPC1 into these fish would help,” said Jones.

It did. Once Jones’ team gave the fish more MPC1, their intestines developed normally.

“We concluded that APC controls the level of MPC1,” he said. “And secondly, MPC1 and changes in energy utilization are critical for the intestine to develop normally.”

Exactly how APC controls MPC1 is still unknown. So finding that answer, said Jones, is the next step for researchers.

“If we can understand how it is that APC regulates the level of MPC1, we could potentially mimic that with a drug for patients,” he said. “We’re talking about ways of trying to predict who will develop colon cancer, prevent them from getting it and, if they do get it, finding ways to treat it. This is a big step in that direction.”

The research was supported by National Cancer Institute grant CA116468NIH and funds from the Samuel Waxman Foundation, OMRF, the Oklahoma Center for Adult Stem Cell Research, and the Stephenson Cancer Center.