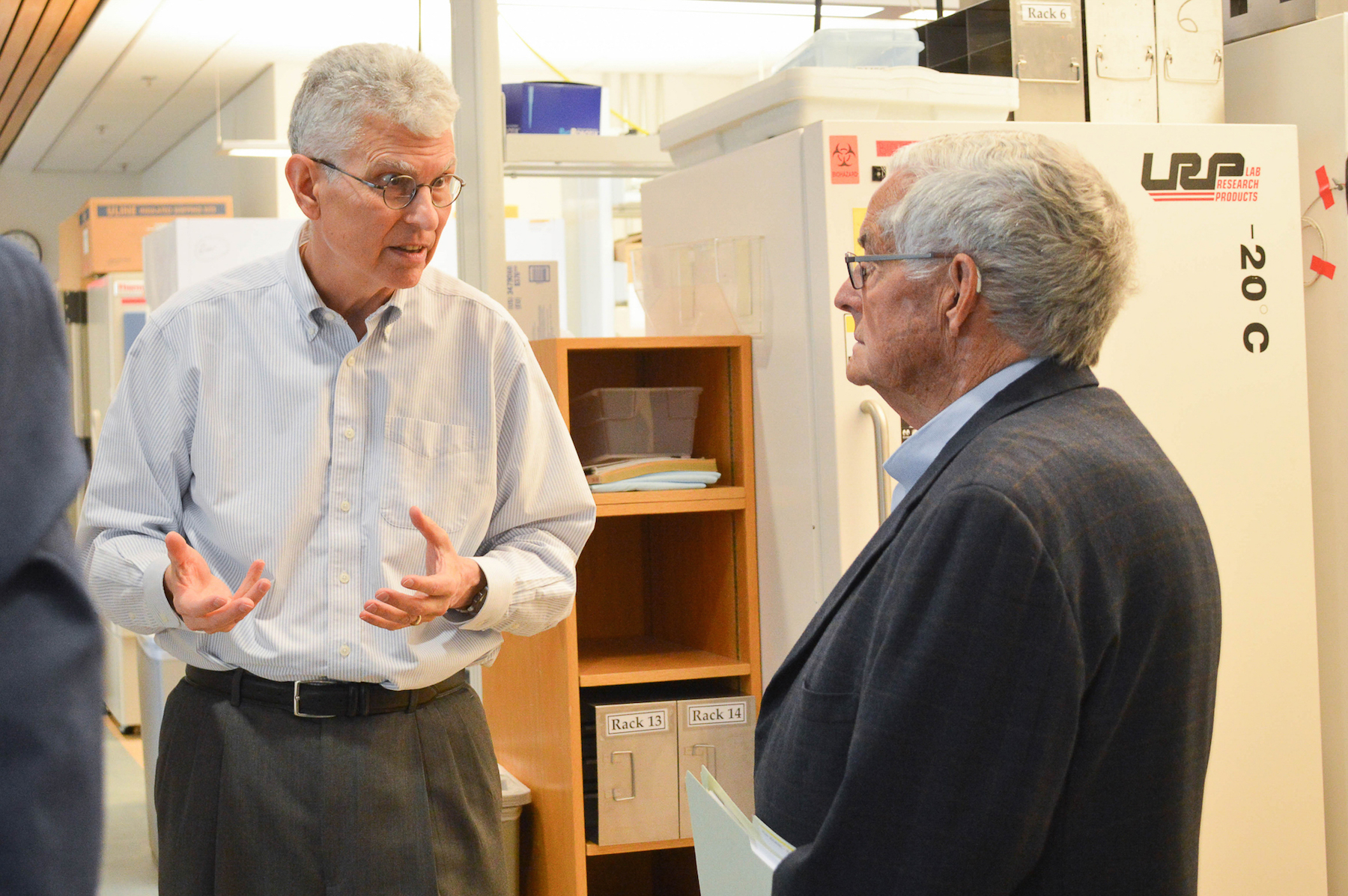 Few understood the value of a dollar more than Wilma McElmurry. The career Custer County schoolteacher, who passed away in 2005, wore free shirts and hats from local promotions and shopped almost exclusively at Goodwill, dollar stores and garage sales. Although she refused to splurge on herself, it allowed her to go all-out for what mattered most to her: medical research and education.

Upon her death, McElmurry created the Davis-McElmurry Charitable Trust. She funded the trust with $5 million that she’d saved over her lifetime, and those funds are now invested to generate income that’s paid out in perpetuity to three nonprofit beneficiaries: the Oklahoma Medical Research Foundation, Southwestern Oklahoma State University Foundation and the Clinton School Fund.

Earlier this month, trustee C.B. Graft visited OMRF to present a check for $105,000, bringing total giving from the trust to OMRF to more than $1 million. Payments are designated to fund cancer and heart disease research at the Oklahoma City-based nonprofit; the total distribution for all three beneficiaries now exceeds $2 million.

“The story of Mrs. McElmurry is proof positive that Oklahoma is home to some amazingly generous people with humble beginnings who work hard, save and have a heart for helping others,” said OMRF Senior Director of Development Ginny Carl, who met with the Grafts and leads planned giving efforts at OMRF.

In addition to her thrifty way of life, McElmurry and her late husband, Bonnie, were able to save substantial sums thanks to an inheritance, as well as oil and natural gas holdings.

Born in 1916, Wilma (Davis) McElmurry was an only child. She graduated from Southwestern Oklahoma State University in 1940 and spent 33 years as a schoolteacher, first in Arapaho, then in Clinton. While teaching at Arapaho, she met Bonnie, who was also teaching at the school. Bonnie would later become Arapaho’s principal and superintendent.

After retirement, the couple, who had no children, lived on the family farm north of Arapaho.

Following her husband’s passing in 1996, McElmurry made her first donation to OMRF in his name.

She continued to give annually until her death in 2005. With her passing, she created the trust to benefit education and medical research.

“Wilma lost her parents to cardiovascular disease and cancer, and those causes were near and dear to her,” said Graft, who was McElmurry’s lawyer for 36 years. “She felt good about OMRF and knew it was a good organization that would do the most with her donation.”