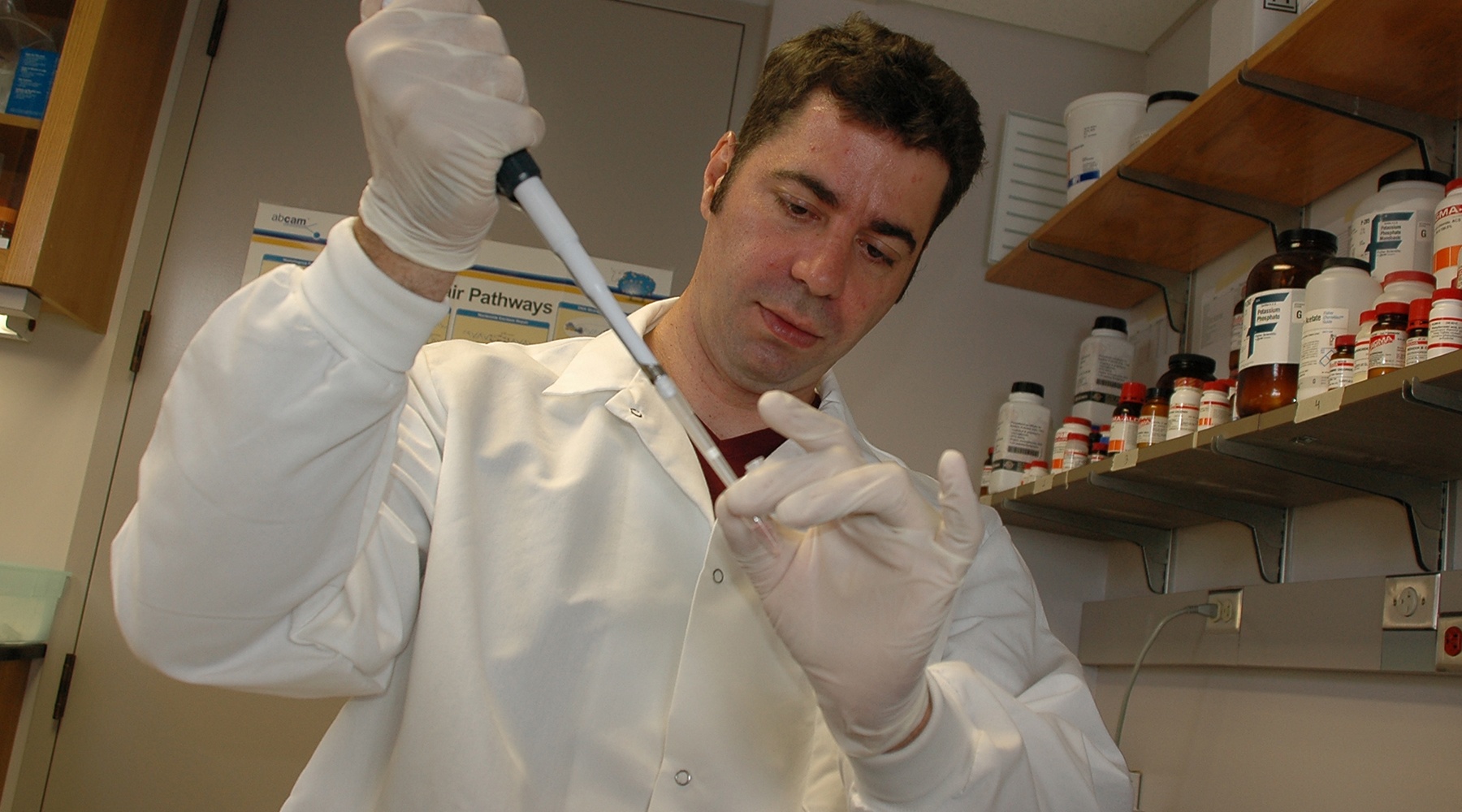 A team of researchers has discovered a critical process responsible for producing the correct number of chromosomes in healthy offspring.

The research, published in the journal Science, shows that genetic events during the division of reproductive cells are regulated by a system that marks proteins to be destroyed. When the timing of this destruction goes wrong, it results in the incorrect number of chromosomes in either the sperm in the male or the egg in the female, which can cause birth defects.

OMRF scientist Roberto Pezza, Ph.D., who contributed to the new study, explained that the process by which these proteins are targeted for destruction has been known to affect other processes. “But it had never been shown before in the context of reproductive cells in mammals,” he said.

This process occurs during meiosis, a specific type of cell division that produces the sperm and egg. When these join to create offspring, the correct number of chromosomes must be present in each. But if this fails to happen, said Pezza, “It can create significant negative effects on human health and development.”

Abnormal numbers of chromosomes—known as aneuploidy—are a common cause of genetic disorders and birth defects, including Down syndrome, Turner syndrome, Klinefelter syndrome and spontaneous abortion.

The research shows that cells that undergo meiosis also experience being marked for destruction.

“Marking proteins for destruction is not a bad thing. It is as important to the cycle as their creation, but the timing of it is critical,” said Pezza.

Pezza joined OMRF in 2008 from the National Institutes of Health in Bethesda, Maryland, where he was a research fellow. In his lab at OMRF, he studies how the chromosomes segregate during cell division and what causes errors in the process, which are the leading causes of birth defects.

This new information, he said, may help scientists more firmly grasp the basic processes that facilitate proper chromosome segregation and the production of healthy reproductive cells.

“By knowing these processes, now we have the potential to predict, treat and possibly even prevent these aneuploidy-based human diseases in the future,” Pezza said.

Pezza collaborated with researchers at the University of California, Davis, on the work. His research was supported by grant number GM103636 from the National Institute of General Medical Sciences and March of Dimes grant 1-FY14-256.