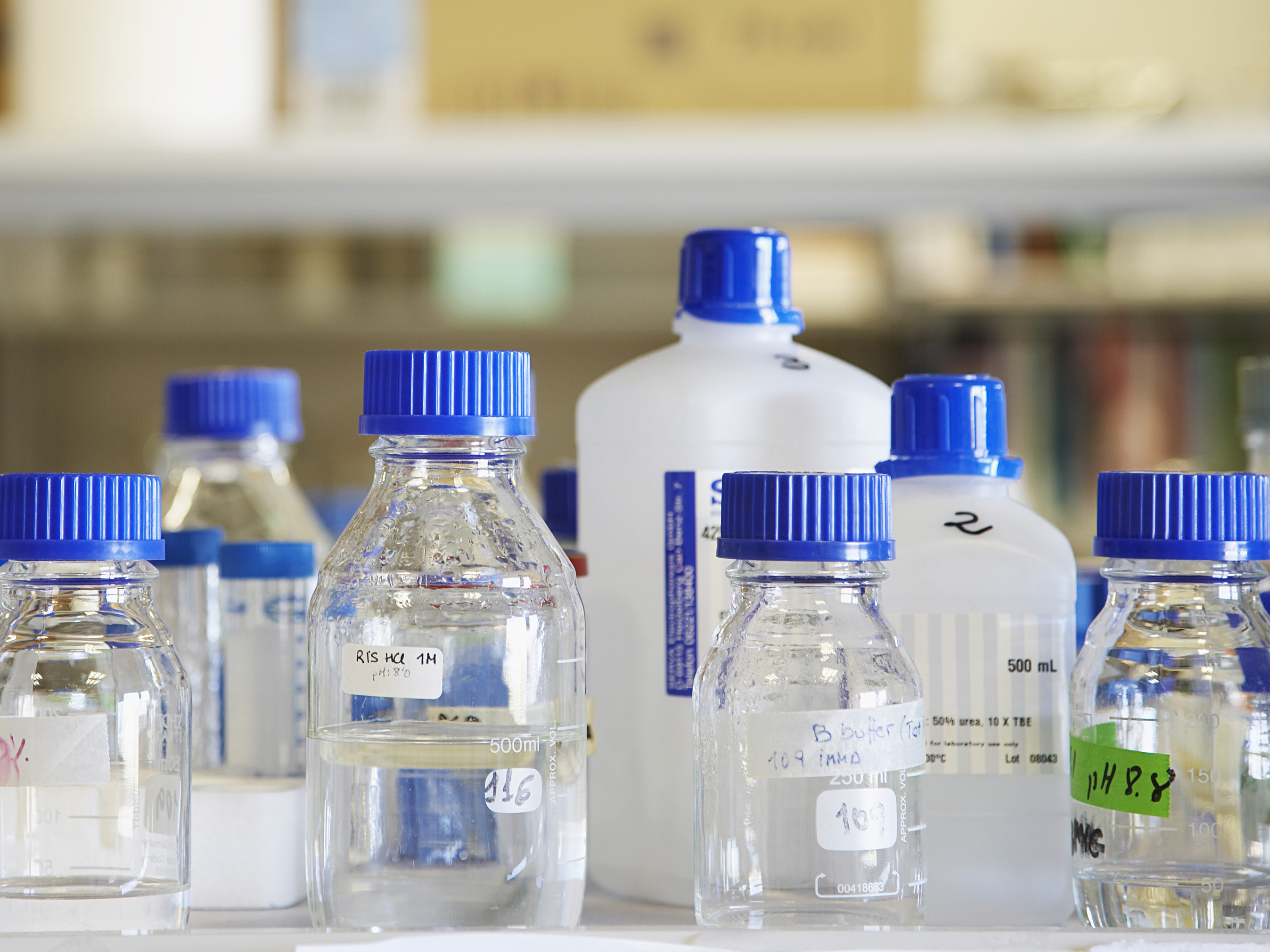 An OMRF scientist has received a four-year federal grant to investigate the biological process of cell death.

The grant, awarded by the National Heart, Lung, and Blood Institute, will provide $1.74 million to OMRF scientist Courtney Griffin, Ph.D., to study what triggers a form of cell death called necroptosis in the vascular system.

The body uses programmed cell death to carry out specific biological purposes. “It’s an important and essential part of some phases of human development,” said Griffin. “For example, as embryos, our hands look like little round paddles until programmed cell death kills off the cells between our fingers.”

This type of cell death that destroys the cells between our fingers is called apoptosis, and it has been studied for decades. However, a newer form of cell death called necroptosis has been identified recently, and Griffin is interested in identifying the causes and effects of necroptosis in blood vessels.

While apoptosis is often seen as beneficial and orderly, necroptosis appears to be a much uglier form of cell death. In apoptosis, cells die neatly, and other cells come along to clean up behind them, said Griffin. But necroptosis results in a messy sort of cell death, which can cause inflammation and damage to nearby cells in the surrounding tissue.

One way to compare apoptosis with necroptosis is to imagine two types of building demolition, said Griffin, who joined OMRF’s scientific staff in 2008 from the University of North Carolina at Chapel Hill.

“Apoptosis is like an implosion, where the building’s walls fall inward onto themselves in a nice, controlled way,” she said. “But in necroptosis, it’s more like when a gas main blows and the building explodes outward. The damage is far greater and more widespread. Both buildings come down, but the resulting damage is vastly different.”

Griffin’s lab will study the rapidly growing blood vessels in mouse embryos to investigate not only what triggers necroptosis, but also to learn about the secondary effects of the damage imposed by this form of programmed cell death.

“Understanding the causes and effects of necroptosis on the embryonic vascular system is only the tip of the iceberg,” she said. “We hope our findings may also provide insight into how necroptosis contributes to adult vascular diseases like atherosclerosis and aneurysms.”