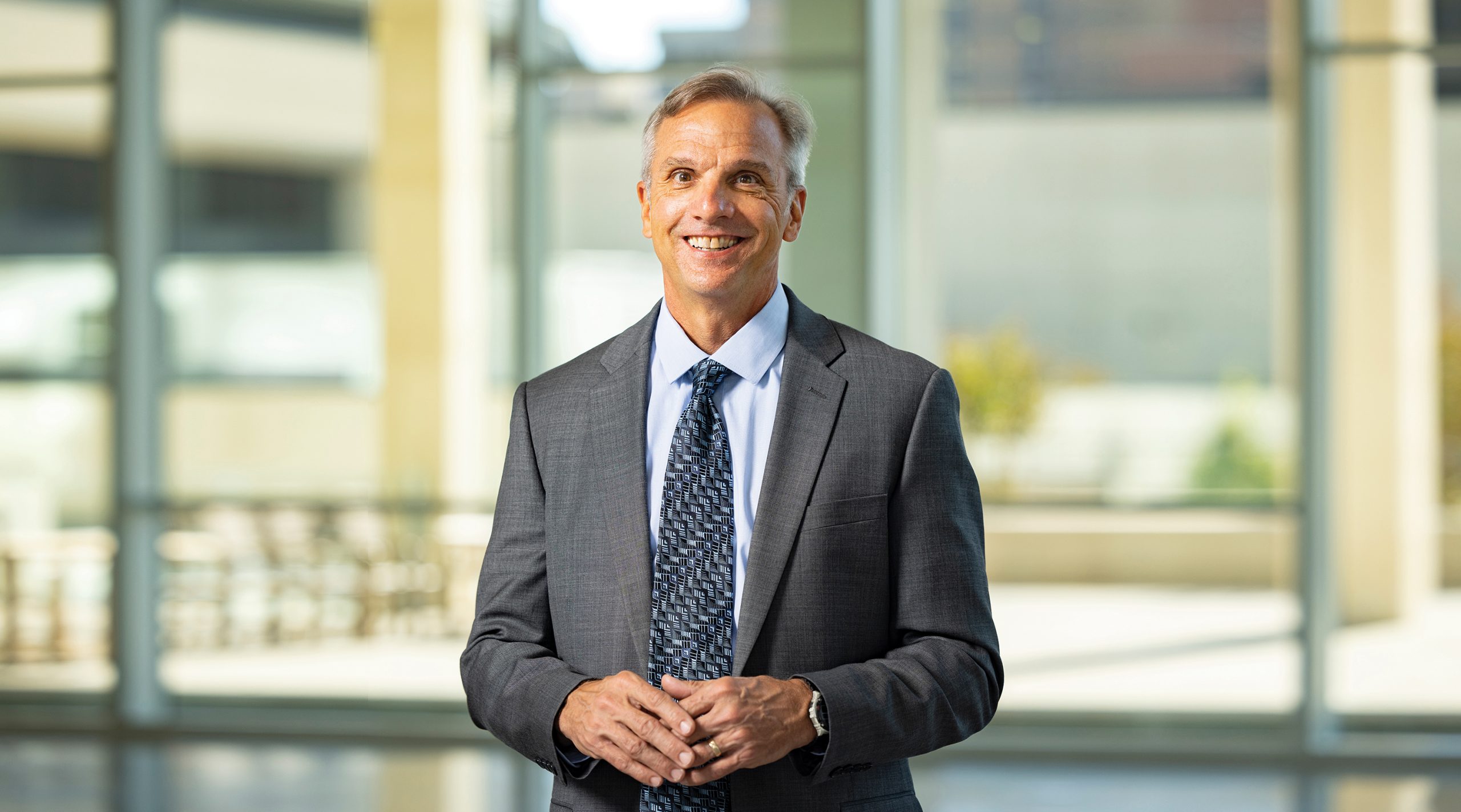 I’ve known about the Oklahoma Medical Research Foundation since the 1990s, when, as a young scientist, I began collaborating with OMRF’s Dr. Rod McEver. Rod was an emerging star in cardiovascular biology, a field where I quickly learned of OMRF’s stellar reputation. That reputation was based on a series of key discoveries, three of which led to lifesaving drugs now available in the U.S. and around the world.

The research I did with Rod and OMRF was rewarding, both scientifically and on a personal level. But my real education about OMRF started last year, when I began interviewing to become president of the foundation.

Throughout the process, the thing that stood out most was how everyone I talked with – donors, board members, community members, legislators, administrative staff, scientists – seemed deeply connected to the organization. They took great pride in every aspect of OMRF and wanted to do everything they could to ensure its ongoing success.

In short, they treated OMRF like it belonged to them. And it does.

Well, technically, as a nonprofit, OMRF doesn’t have an owner. But the sense of ownership everyone displayed was one of the big reasons I decided to join OMRF. The other was the excellence I observed throughout the organization.

In this issue of Findings, I hope you’ll see ample evidence of both that excellence and enthusiasm. You can read about our scientists’ efforts to unravel the mystery of whether Covid-19 can trigger autoimmune diseases like lupus. You’ll learn how they’ve found new clues that could help prevent relapses in multiple sclerosis and about OMRF’s partnership with Langston University to introduce more students from underrepresented groups to biomedical research.

You’ll also meet some of the foundation’s researchers: OMRF’s “lab couples,” our attending veterinarian, and a physician-scientist who got her start in theater. And we’ll introduce you to Kent and Jeanette Young, two of the many donors who make what we do possible.

It’s been less than a year since I started at OMRF, but I already feel that personal bond to the institution I saw in so many others during the interview process. I hope you do, too. Because we’re not just the Oklahoma Medical Research Foundation. We’re Oklahoma’s medical research foundation.