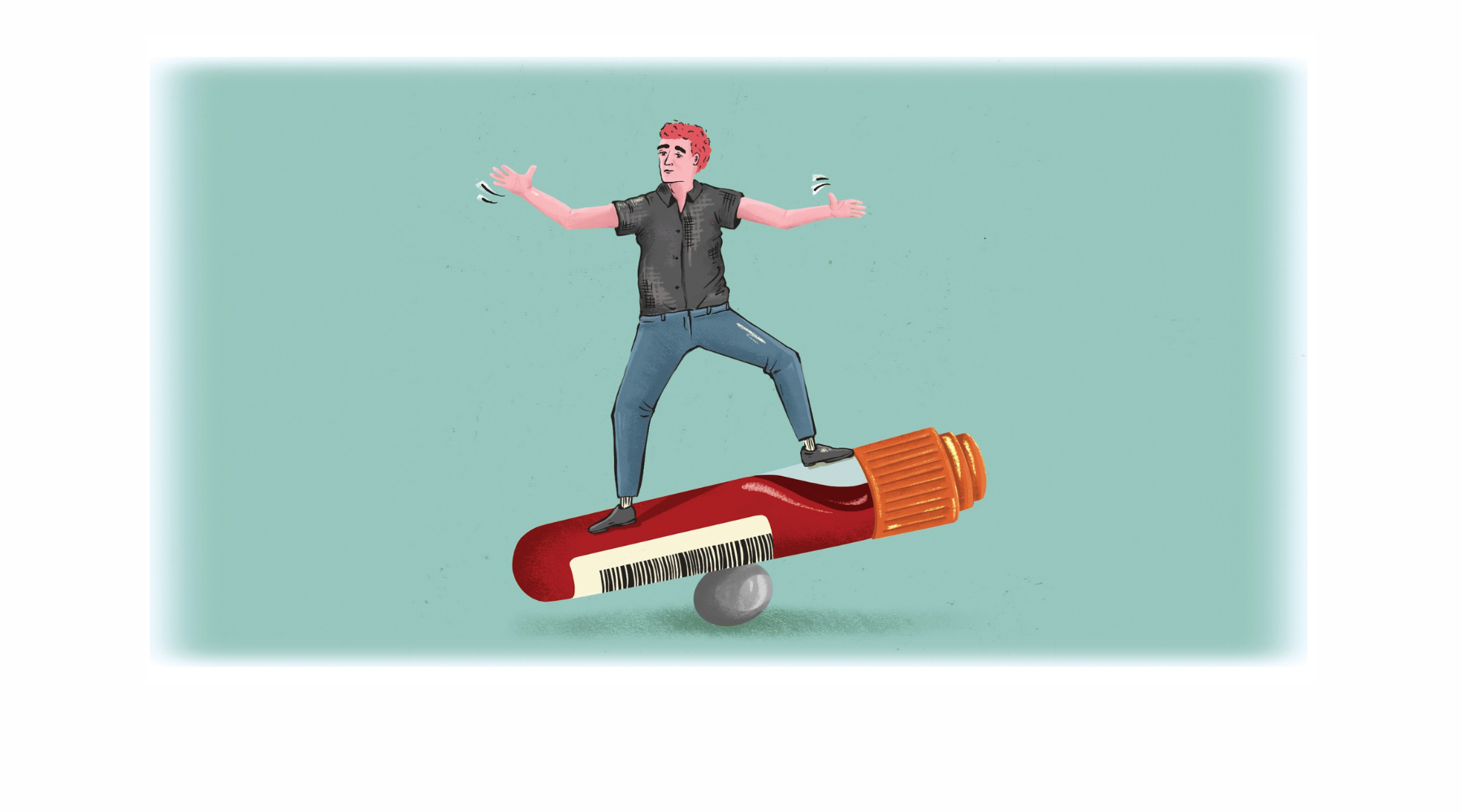 Researchers look to the blood to spot – and stop – disease activity

For most of the nearly 1 million Americans living with multiple sclerosis, life is a teeter-totter.

The autoimmune disease causes the body’s immune system to attack its own healthy tissues, resulting in inflammation that can cause vision issues, muscle spasms, tremors and paralysis. In the most common form of the disease, there are periods of stability and relapse.

In relapse, old symptoms worsen, new ones appear, or in some cases, both. And to prevent irreversible damage to the brain, quick diagnosis and treatment are critical.

Today, MS relapse is diagnosed with an MRI or by interpreting symptoms, says Dr. Gabriel Pardo, who leads OMRF’s Multiple Sclerosis Center of Excellence. But diagnosis isn’t foolproof. Sometimes the inflammation-related neurological damage precedes the onset of symptoms. Other times, symptoms can disappear within 24 hours or result from an infection or unrelated medical condition.

“We call this a ‘pseudo-relapse,’” says Pardo. In a disease with limited medication options and where both swift action and avoiding unnecessary intervention are equally important, “making sure a true relapse is taking place is critical,” he says.

Thanks to new research from OMRF’s Dr. Bob Axtell, that certainty may soon be just a vial of blood away.

Recently, a blood protein called sNfl has emerged as a biomarker, or strong indication, of an MS relapse. Scientists can detect this protein in a small blood sample. But, says Axtell, monitoring MS activity with a single protein “has limitations.” Age, sex and other neurological conditions could affect the protein’s levels. And it may not behave the same way in all patients.

To increase diagnostic precision, Axtell’s team searched for other biomarkers. The scientists examined blood samples of about 100 patients at OMRF and Stanford University, all experiencing an MS relapse.

What the researchers found surprised them. In the donated samples, along with sNfl, they identified significantly different levels of a trio of other proteins. While a spike in sNfl correctly reflected a relapse in 69% of patients, the four-protein panel increased the accuracy to 87%.

Although scientists will need to verify the results with a more extensive study, Axtell hopes this insight will make a difference for people with MS sooner rather than later. One possible outcome is a home test that would use a finger prick to detect blood biomarkers. This would potentially spare rural patients from traveling great distances only to be diagnosed with pseudo-relapse and help others catch a true relapse before it can harm them.

“If we could use these biomarkers for early identification of a relapse, we might be able to prevent long-term disability in patients,” says Axtell. For the more than 3,000 patients with MS receiving care at OMRF, that would provide some much-needed balance in lives too often made unstable by an unpredictable disease.