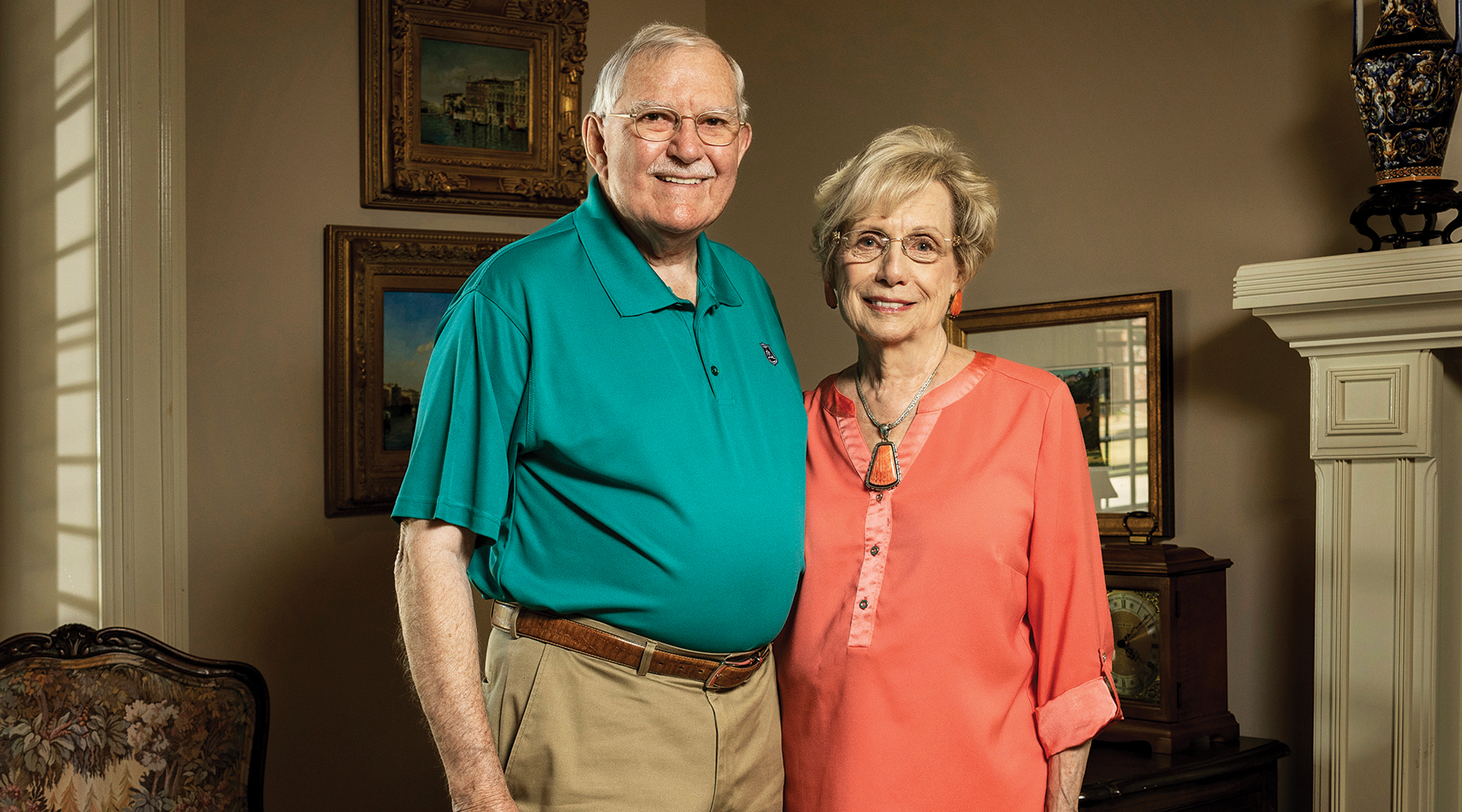 High  school sweethearts Kent and Jeanette Young didn’t start out with much. “Neither of us expected to have the opportunity to make the kinds of charitable contributions we’re making now,” says Kent. “Or what we’re going to leave behind when we’re both gone.”

Born and raised in eastern Oklahoma’s Wewoka, the pair landed in Tulsa in the 1960s and have called it home ever since. They’ve been supporting OMRF for almost as long.

Early in his career, Kent, a public relations specialist, was responsible for guiding his employer’s charitable giving. This work led to a partnership with the Muscular Dystrophy Association, and “that was where we became acquainted with medical research,” he says. 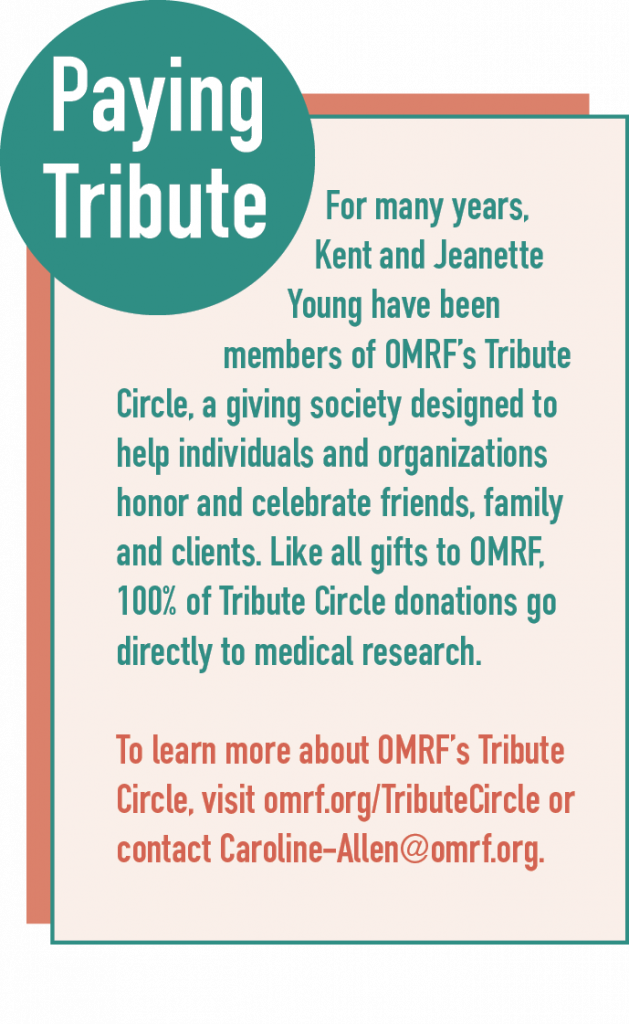 Around that time, Jeanette, volunteering at their church, noted how overwhelming floral arrangements could become following a funeral. Well-meaning mourners left scores of bouquets behind, which “confirmed our decision that we could put our memorial gift money to better use elsewhere,” Kent says. “That elsewhere is OMRF.”

The Youngs made their first memorial donation to the foundation more than 30 years ago, and it kindled a longtime connection. “Scientists at OMRF research diseases that a lot of our friends – and us – suffer from. It hits us right at home,” says Kent, who had a near-fatal heart attack at age 58. Jeanette has lived with rheumatoid arthritis for nearly four decades.

Recently, after meeting OMRF scientists and learning more about the work done in the foundation’s laboratories, the couple also decided to include OMRF in their estate plans.

“We’ve gotten to know the Youngs, had meaningful conversations about their intentions, and have been able to share our scientists’ progress with them,” says OMRF Senior Director of Development Sonny Wilkinson. “They have chosen to marry their legacy to OMRF forever, and we’re committed to ensuring their generosity will fund meaningful research.”

The Youngs’ legacy also continues with their daughter, Leslie, who is following in Jeanette and Kent’s charitable footsteps. “I’ve started making memorial donations to OMRF,” she says. “I learned from my parents, and I love the idea of making a difference in this way.”

The Youngs know that medical advances take time. Jeanette lost her grandfather to cancer at the age of 48 and her father to a heart attack at 57. But, she says, “These days, a diagnosis doesn’t have to be a death sentence. And that’s because of research.”