Home - On Your Health - How a pandemic fades into the background

This is the way the pandemic ends. Not with a bang but a whimper.

“Um, hello,” you’re probably saying about now. “I don’t know where you get your news, but the pandemic isn’t exactly over.”

To which I’d respond, “How do you define over?”

Because maybe, just maybe, this is what “over” looks like.

Now, please don’t take this to mean that I think the coronavirus is no longer circulating. Or that we should stop wearing masks in public places. Or that we won’t continue to lose thousands upon thousands of American lives to the virus, especially as vast swaths of our populace refuse vaccination. 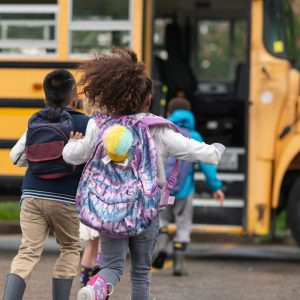 No, what I mean is that we may have found our new normal.

When the pandemic began almost two years ago, it was almost as if we turned off a light. One day: normal. The next: not.

So, it’s only natural that, at least at some level, we expected the converse to happen at the tail end. Just flip that switch back and carry on.

This past spring and early summer, it seemed as if we were on the verge. Case numbers, and then hospitalizations and deaths, dropped precipitously. “Today, we’re closer than ever to declaring our independence from a deadly virus,” President Biden said on July 4. “We’ve gained the upper hand against this virus. We can live our lives, our kids can go back to school, our economy is roaring back.”

And then came the delta variant.

The virus roared back to life, shattering any illusions that Covid-19 would go quietly into that good night. Months later, we’ve seen some ebb in the numbers. But with daily new cases hovering around 70,000 nationwide, and deaths still exceeding 1,000 a day, even the most optimistic among us wouldn’t claim the virus has disappeared.

But what if, at least for the foreseeable future, this is as good as it gets?

Just look at Great Britain, where case levels are at their highest since March, when the country was in the midst of a long, national lockdown. The U.K.’s surge continues despite vaccinations significantly above U.S. rates.

Infections in school-age children are a significant driver, with more than a third of recent cases reported in those under 15. Another key factor, said a professor leading a major study of Covid-19 at King’s College in London, “is that the government has gone from ‘operation fear’ that we had a year ago to ‘operation complacency.’”

Add in the risk of waning immunity, plus months of holidays and cold weather that bring people indoors to spend time together, and you have the ingredients for a long winter.

The picture doesn’t look much different here across the Atlantic. Levels of new cases, dropping until recently, appear to have plateaued at around a half-million a week nationwide. We’re seeing surges fueled by vaccine hesitancy in states like Arizona and Colorado, where overwhelmed hospitals are now turning away patients. Even so, first-time inoculations have slowed to a crawl. 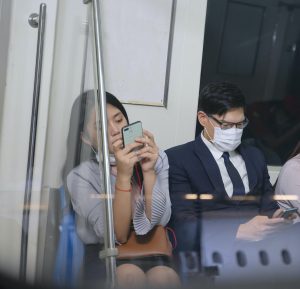 Covid fatigue is everywhere. Increasingly, we’ve begun to shrug and go about our pre-pandemic lives, albeit with varying levels of precaution against a virus that still lurks among us.

In other words, “It doesn’t end. We just stop caring,” said Dr. Jennifer Nuzzo, an epidemiologist at the Johns Hopkins Bloomberg School of Public Health. “Or we care a lot less.”

That attitude comes, in part, from the decreased lethality of Covid-19, especially among the vaccinated. It also owes to a recognition that the virus isn’t going to disappear.

Scientists at the Oklahoma Medical Research Foundation and throughout the world will continue to study the virus, how it mutates, and the most effective methods of protecting ourselves. Regular boosters may become a part of life.

With or without new surges, the virus is rapidly joining influenza, chickenpox and a long list of other endemic viruses that perpetually circulate in the population. As such, said Dr. Andrew Noymer of the University of California, Irvine, it’s slowly becoming “part of the furniture.”

We’ll each have to decide what that means when it comes to our individual choices. But I, for one, am not eager to sit in that chair.