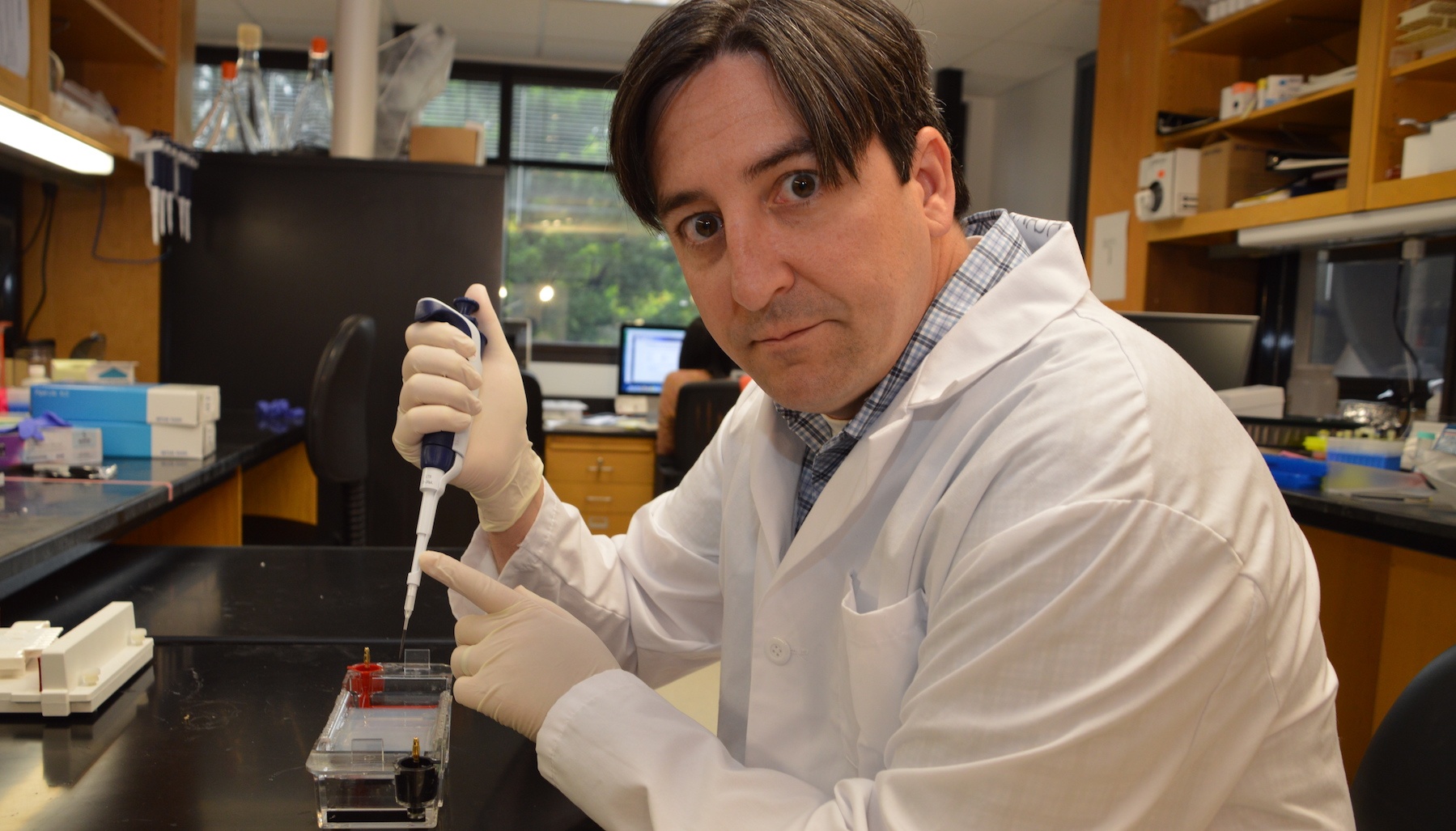 The National Institutes of Health has awarded the Oklahoma Medical Research Foundation $3.7 million to continue research on Sjögren’s syndrome, an autoimmune disease.

OMRF scientist Christopher Lessard, Ph.D., received a five-year grant to identify genes associated with the disease. The work will aid in the development of strategies to diagnose and treat the condition.

In Sjögren’s, immune cells attack moisture-producing glands, causing painful dry eyes and mouth. It can result in irreversible tissue damage and complications like neurological problems, lung disease and cancer. There is no known cure for the condition, which disproportionately affects women and is estimated by the American College of Rheumatology to affect as many as 3.1 million people in the U.S.

“Current treatments for Sjögren’s only address its symptoms, and just diagnosing the disease is notoriously difficult,” said Lessard, who’s been studying Sjögren’s at OMRF since 2007. “It shares features with many autoimmune diseases. This can lead to misdiagnosis, which ultimately makes studying the disease challenging.”

The grant will allow the researchers to collect and analyze more than 10,000 DNA samples donated by Sjögren’s patients from around the world. The samples are available thanks to the OMRF-led Sjögren’s Genetics Network, or SGENE, an international network of 26 research groups dedicated to identifying the genes associated with the disease.

At OMRF, researchers will use biopsy tissue samples to determine how genetic variations in Sjögren’s might change the regulation of genes associated with the disease.

Lessard hopes to separate patients into sub-groups based on individual characteristics of their disease, develop better clinical tools to diagnose patients earlier, identify patients at high risk for cancer and other serious complications, and identify existing medicines to treat the condition by associating the disease to genes involved with other conditions.

“This ambitious work will result in the largest genetic study of Sjögren’s to date,” said Patrick Gaffney, M.D., head of OMRF’s Genes and Human Disease Research Program. “By combining analyses of genetic factors, we should have a much clearer view of the underlying causes of this puzzling disease.”

The work is funded by grant number R01AR073855 from the National Institute of Arthritis and Musculoskeletal and Skin Diseases, a part of the NIH.