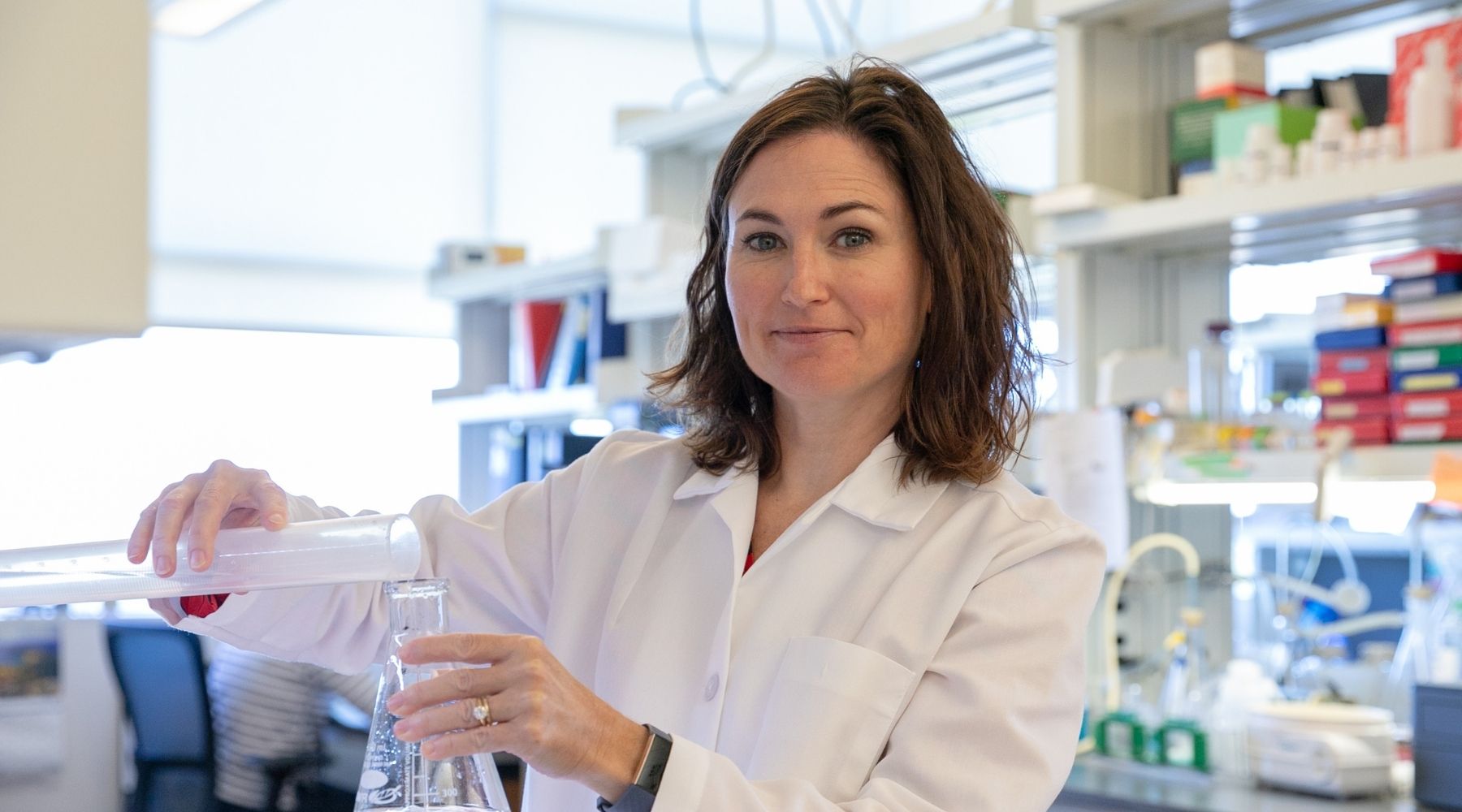 An Oklahoma Medical Research Foundation discovery could pave the way for therapies to reverse vision loss common in premature infants and adults.

In a new study appearing in the Proceedings of the National Academy of Sciences, OMRF scientists have identified a compound that could give birth to therapies for a host of eye diseases that include retinopathy of prematurity and diabetic retinopathy.

“Potentially, even patients with advanced disease progression could see their fortunes turned around,” said Courtney Griffin, Ph.D., the senior author of the study.

Several eye disorders occur when blood vessels grow out of control in the retina, the tissue that lines the back of the eye. In these forms of retinopathy, a web of vessels blocks light from reaching the retina, which is how we see. The overgrowth causes vision issues that can advance to total blindness.

Retinopathy in premature babies — linked to high oxygen levels in NICU incubators that interrupts normal vessel development in the eye — often resolves naturally over time. But not always. In those cases, and in adult diseases like diabetic retinopathy, vision damage can be irreversible.

Griffin and Chris Schafer, Ph.D., study the development of blood vessels. Schafer, a postdoctoral researcher, thought there might be clues to thinning this tangle of vessels if they analyzed a different set of vessels that naturally regress and disappear in mice soon after birth.

When they studied newborn mice, the OMRF researchers found that levels of a specific class of cellular proteins crashed as the mice experienced normal blood vessel loss in the eye.

“Dr. Schafer hypothesized that these cellular proteins might be an important ‘off switch’ to eliminate these vessels in a neonatal model,” said Griffin, who holds the Scott Zarrow Chair in Biomedical Research at OMRF. “This is a new way of approaching these diseases. The current methods — invasive surgeries or life-long injections into the eye — only prevent the disease from advancing and often have serious complications.”

Schafer identified an experimental compound that disables the proteins. It allowed him to flip the switch and test the idea.

“We wanted to trick blood vessels in diseased mice into thinking they were supposed to be regressing and naturally dying off,” said Schafer. “This appears to be what happened.”

Even more encouraging, Griffin said, the compound only impacted abnormal blood vessels with slow blood flow. The normal vessels needed in a healthy eye were spared.

The findings open the door to tailored therapies to reverse vision loss. It may also have implications in shrinking tumors that contain abnormal blood vessels in other parts of the body.

“We’ve shown that once these abnormal vessels have formed in the young eye, they’re susceptible to being treated,” said Griffin. The research team will now study the compound in models of adult eye diseases.

“More research is needed, but this could be a major advance in treatment for vision loss in patients of all ages,” Griffin said.

Done in collaboration with scientists from the Dean McGee Eye Institute, the University of Oklahoma Health Sciences Center and the University of South Florida, the work was supported by National Institutes of Health grants P30EY021725, P30GM114731 and R35HL144605, as well as funding from the Oklahoma Center for the Advancement of Science and Technology (OCAST) and Research to Prevent Blindness.