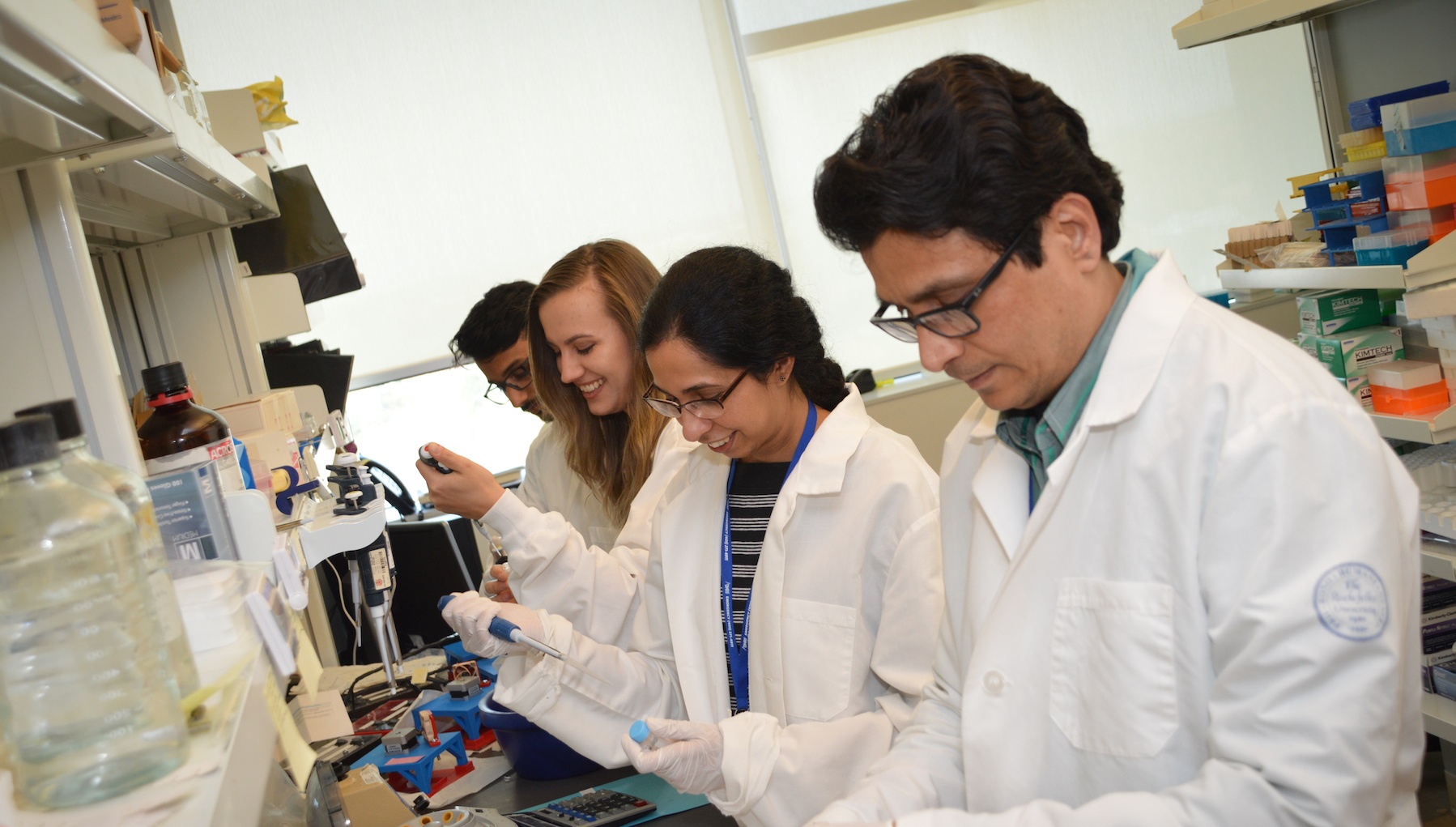 Aortic stenosis is one of the most common heart conditions in the elderly, and no treatment for it currently exists. But scientists at OMRF have made new findings that could pave the way for the first drug to treat the disease.

Each year, aortic stenosis affects more than 200,000 Americans, almost exclusively adults age 65 and older. It occurs when the main valve of the heart—the aortic valve—becomes stenotic or narrowed. The narrowing of the valve overworks the heart, eventually leading to heart failure or death in many.

OMRF scientist Jasimuddin Ahamed, Ph.D., and his lab study how fibrosis, or the formation of scar tissue, can damage the heart. One of the main areas of focus in this research is a protein called TGF-beta1, expressed almost 100-times more in blood platelets than other cells in the body.

“Our new research has shown that platelet-derived TGF-beta1 contributes to scar tissue formation in the aortic valve, leading to aortic stenosis,” said Ahamed, who joined OMRF from New York’s Rockefeller University in 2015. “This indicates that targeting this protein or related signaling pathways with a drug could prove beneficial for treating or preventing the aortic stenosis and heart failure.”

Once aortic stenosis is fully developed, little to nothing can be done, said Ahamed. But early intervention with a new drug might halt its progression and keep the heart working as it should. “This could result in a major breakthrough in heart health for our aging population. Our new, highly predictive experimental model can be used to test drugs to prevent the progression of this disease by targeting it in its initial stages,” said Ahamed.

The project involved a team of OMRF researchers, including Rohan Varshney, Ph.D., who led the project in Ahamed’s lab. The findings were published in the current issue of journal Blood Advances.

According to OMRF Vice President of Research Rodger McEver, M.D., the new research represents an important step forward in understanding cardiovascular disease. “Dr. Ahamed’s work provides unexpected insights into how inappropriate release of a protein from blood platelets induces heart valves to narrow, which in turn can lead to heart failure,” he said.