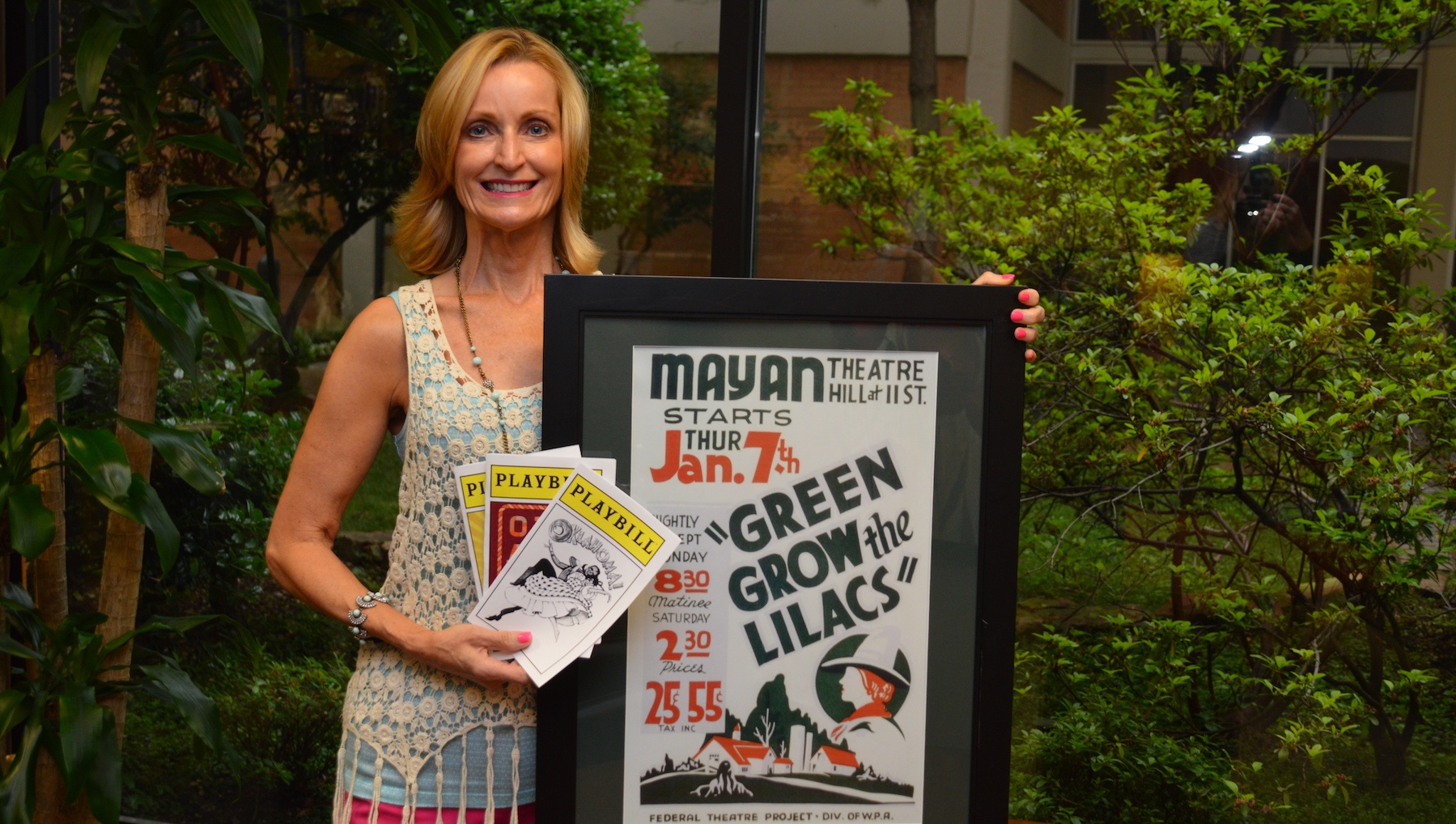 Home - News - ‘Oklahoma!’ royalties: A gift that keeps on giving at OMRF

OMRF has received its share of interesting donations over the years. Along with the typical gifts made by check and credit card, there have also been cars, houses, jars of change collected at a lemonade stand, and even a toy soldier collection.

But none quite rival the estate gift that Claremore’s William Edgar Riggs left to the Oklahoma City nonprofit.

Riggs’ brother Lynn penned “Green Grow the Lilacs,” the 1931 play that Richard Rodgers and Oscar Hammerstein II used as the basis for the musical “Oklahoma!” When Lynn died, he willed equal shares of his 1-percent royalty on the musical to William Edgar and his three other siblings.

William Edgar lost his wife to heart disease and his daughter to cancer. So, when he passed away in 1977, he left his royalty share to OMRF to benefit research for those two diseases.

“It was a really generous and foresighted thing to do,” said OMRF President Stephen Prescott, M.D.

With the gift, OMRF receives one-quarter of 1 percent of the musical’s box office share each year.

The show enjoyed a series of revivals from 1979 through 2002, including two on Broadway and one in London’s West End starring Hugh Jackman, and is still performed approximately 700 times a year. As a result, William Riggs’ gift has now provided OMRF researchers with more than $700,000.

“I’ve worked in the nonprofit sector my whole life, but I’d never heard of a donation like this until I joined OMRF,” said Penny Voss, OMRF’s vice president of development. “It truly is a gift that keeps on giving.”

Indeed, the donations will continue as long as “Green Grow the Lilacs” remains under copyright. In 2017, OMRF received just over $10,000 in “Oklahoma!” royalties.

With “Oklahoma!” celebrating its 75th anniversary in 2018, the musical saw a surge in the number of productions. That should mean a corresponding boost in revenues for OMRF.

“Even though OMRF didn’t yet exist when Lynn Riggs wrote his play, I hope he’d find it fitting that his work benefits Oklahoma’s homegrown research institute,” said Voss.

Grassroots support from Oklahomans in all 77 counties helped make OMRF a reality in 1950. “Those are the same kind of people portrayed in the musical—strong, caring, forward-looking,” she said. “We still see that spirit in our donors today.”