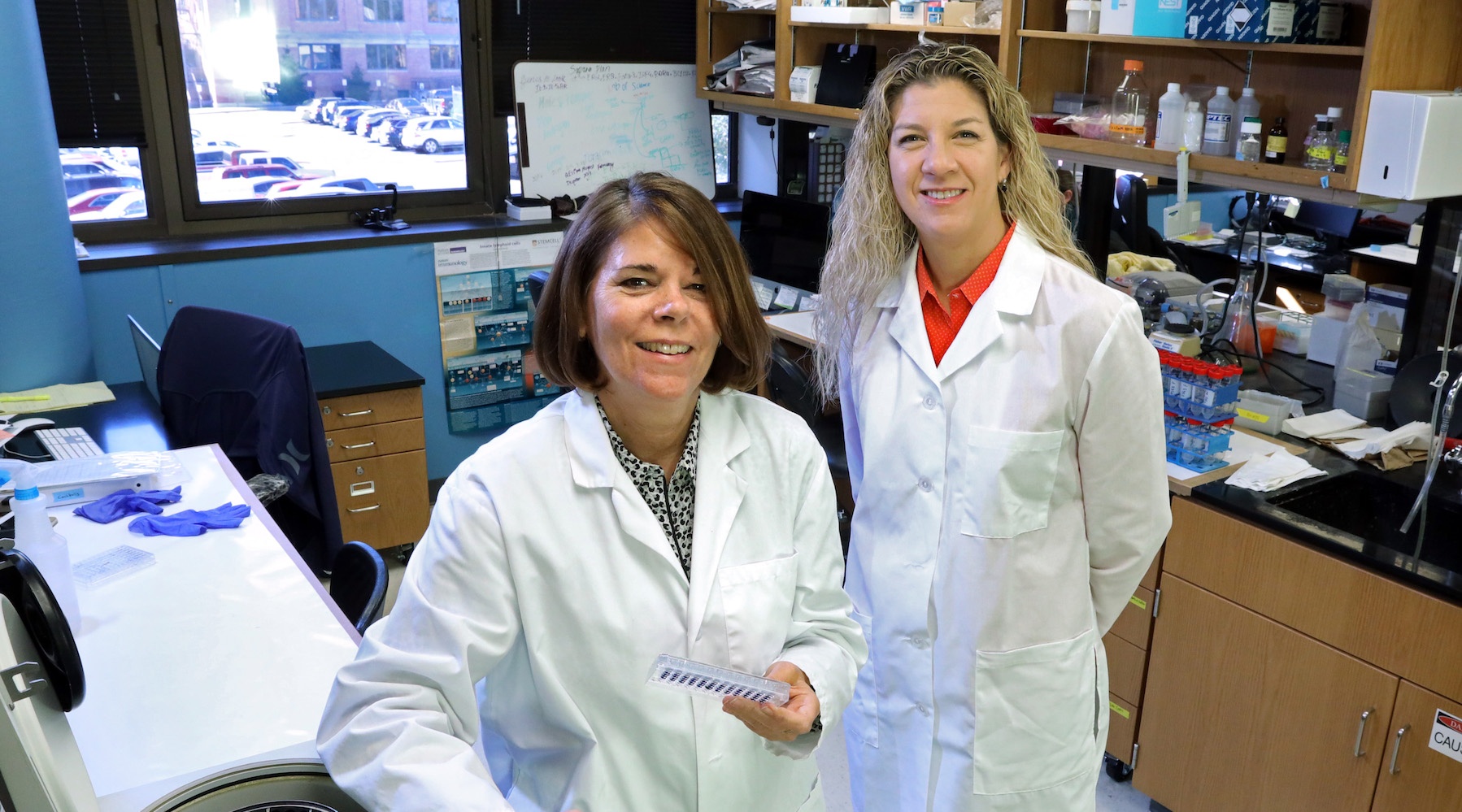 A group of Oklahoma researchers has received a four-year, $2.16 million federal grant to investigate the causes of respiratory syncytial virus or RSV, a virus that often strikes young children.

The grant from the National Institute of Biomedical Imaging and Bioengineering will allow scientists from OMRF, Oklahoma State University and the University of Oklahoma Health Sciences Center to use a novel 3D human tissue lung model to study the virus.

RSV is the leading cause of viral bronchiolitis and pneumonia worldwide, infecting more than 50 percent of children in their first year of life and nearly 100 percent by age 2.

“RSV causes more frequent and more severe infections in infants compared to adults, and it can be very serious in children, even requiring hospitalization in some cases,” said OMRF scientist Susan Kovats, Ph.D., who is co-principal investigator on the grant. “It’s thought that the neonatal immune system is not very strong, so a lot of babies can be especially susceptible to RSV.”

While RSV is common, little is known about why this contagious cold-like virus differs so dramatically between children and adults in both frequency and severity.

Fahlenkamp, the other co-principal investigator, developed the 3D cell model that can mimic a human lung. By introducing immune cells from infants and adults into the model, researchers can learn what differences occur at the point of infection.

The model can test immune cells from children and adults without the need to involve human test subjects.

“We can build a model that represents a functional lung,” said Fahlenkamp. “We can put all the correct cells of the human lung, including immune cells, into a dish in the exact right organization. Then we can test how those cells respond to pathogens in something that functions like a real lung.”

In many ways, said Kovats, this model is actually a better research tool than working with human subjects. “People show up sick, and doctors have no way to know when they were first infected,” said Kovats. “This gives us a lot more control to learn exactly what goes wrong and how to go about fixing it.”

The researchers hope to reveal what predisposes infants to severe RSV infection and, ideally, to create a launching pad for potential therapies for down the line. The model could also prove valuable for the study of other lung infections.

“RSV is where we are starting, but this model also could be used to study the flu, allergies and other problems that impact the lungs,” said Kovats. “This will allow us to analyze responses to pathogens in ways we’ve never been able to before.”