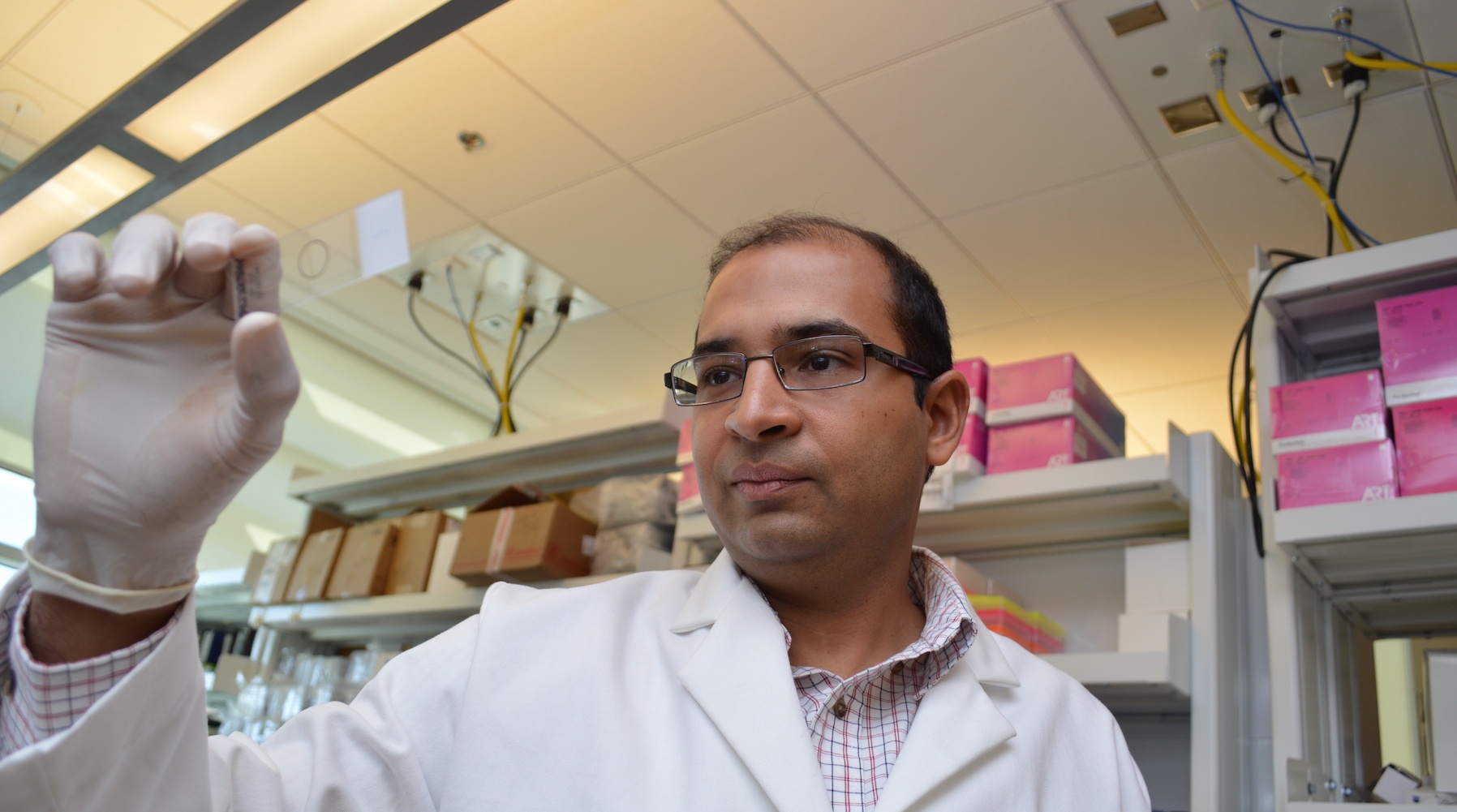 Scientists at OMRF have broken new ground in understanding how the lymphatic system works, potentially opening the door for future therapies.

The lymphatic system is a network of vessels and lymph nodes that spans the entire body. It is critical for good health and for the body to function properly. Defects in lymphatic vessels cause lymphedema, a disease characterized by dramatic and painful swelling in the limbs that often leads to infections.

Lymphedema can result from congenital mutations, surgery, radiation treatment for cancer or infection, and there is currently no cure. In addition to lymphedema, defects in the lymphatic system have been linked to a wide range of health consequences: cancer, atherosclerosis, Alzheimer’s disease and obesity.

Sathish Srinivasan, Ph.D., and Boksik Cha, Ph.D., at OMRF previously discovered that a particular pathway—known as the Wnt signaling pathway—regulates the development of the human lymphatic vascular system. In new research, published in the journal Cell Reports, they’ve found “the nuts and bolts of this important pathway.”

Srinivasan was recruited to OMRF from St. Jude’s Children’s Research Hospital in 2013. His lab at OMRF has already identified several target genes for lymphedema. Srinivasan said that, after further study, this new information could eventually help researchers develop better therapeutic options for lymphedema and associated disorders.

“This signaling pathway has proved difficult to study, because it is complex and so little is known about how it functions normally, let alone when it goes wrong,” said Srinivasan. “Wnt signaling is aggravated and increased in breast cancer and colon cancer, but it is deregulated in diseases like Alzheimer’s and lymphedema.”

Srinivasan said drug companies are interested in finding molecules that can be targeted, either to promote or inhibit Wnt signaling, depending on the disease. “Our goal is to find whether such drugs could be used to treat humans with lymphedema and see if their disease can be managed, made less severe or even cured,” he said.

Other OMRF researchers who contributed to this research were Xin Geng, Ph.D., Riaj Mahamud, Lijuan Chen and Lorin Olson, Ph.D.