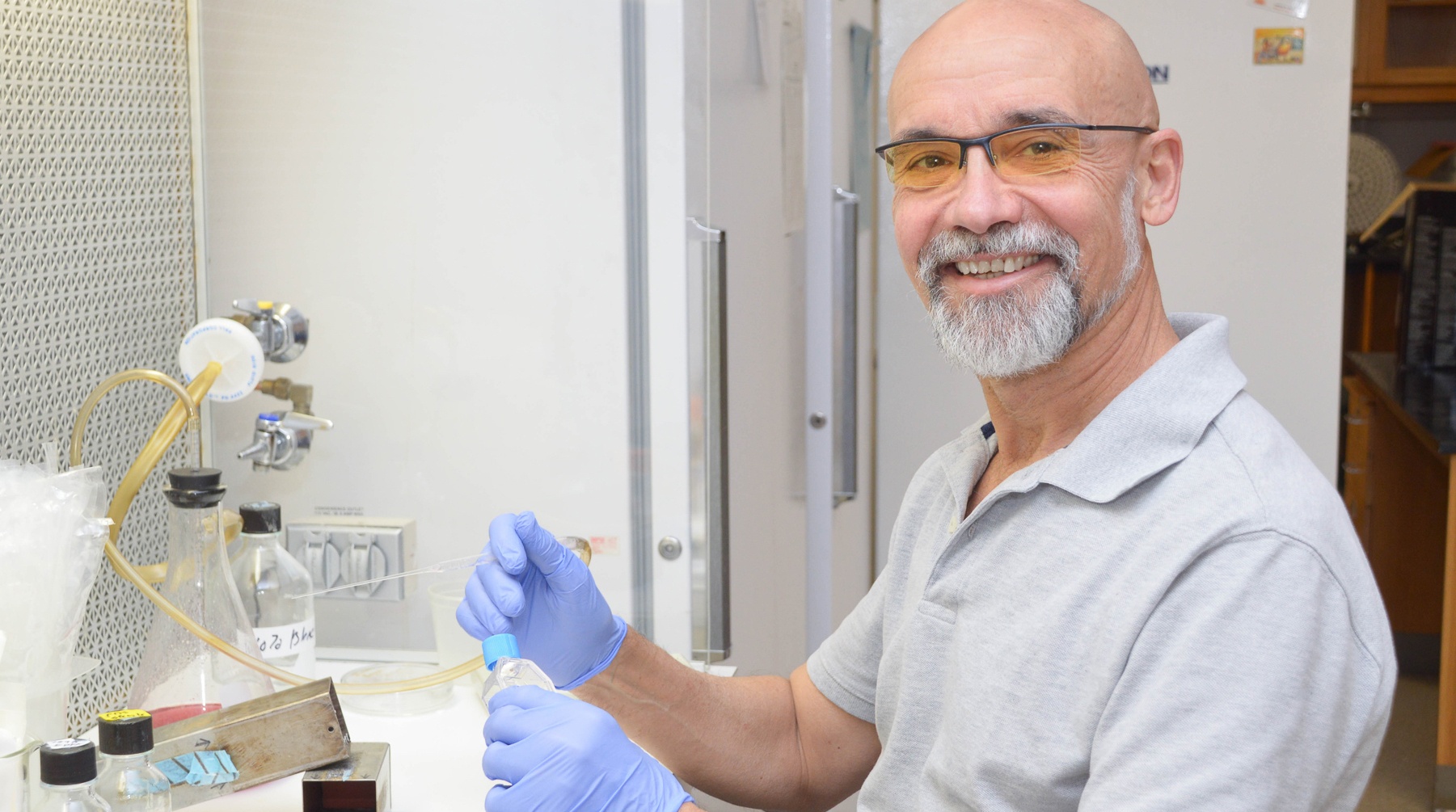 A prevailing problem with cancer therapy is that, even if the disease responds to treatment initially, it often returns.

Researchers at the Oklahoma Medical Research Foundation are investigating this resurgence at a cellular level to find clues to explain why it happens. OMRF scientist Gary Gorbsky, Ph.D., is looking specifically at cancer stem cells and their role in cancer’s ability to reemerge after initial treatment.

Like other stem cells, cancer stem cells have the ability to generate new cells, and this is bad news when it comes to cancer.

“These stem cells can persist even in the face of therapy, and some may resist therapy altogether,” said Gorbsky, OMRF’s Cell Cycle and Cancer Biology Program chair. “Without a way to target and eliminate these cancer stem cells, tumors are likely to return even after treatment.”

Gorbsky said while these stem cells represent a small group among all cancer cells, they give rise to more cells that divide rapidly and eventually make up the majority of a tumor. So if traditional cancer therapies respond positively and the tumor shrinks, these stem cells can theoretically replenish the tumor, causing the cancer to return.

To help pinpoint the cancer stem cells, Gorbsky enlisted the aid of fellow OMRF scientist Jonathan Wren, Ph.D., who created a computer program that can look at all the known protein pathway data to narrow down the possible culprits.

“This is powerful technology, because it can look at the data from thousands of experiments to predict the functions of unknown genes,” Gorbsky said. “It’s essentially ‘guilt by association,’ because we look at genes known to be involved in cancer and monitor which unknown ones are likely to be important for growth of cancer stem cells. Using this analysis, we can zero in on them and test whether or not they contribute to the process.”

Gorbsky and Wren focused on 50 candidate genes predicted to be potentially important for cancer stem cell division. Of the 50, Gorbsky found that, when tested experimentally, knocking down the function of 21 of these genes specifically limited cancer stem cell growth in a model of breast cancer. These findings suggest that blocking the function of these genes in human tumors might help to kill these cells and prevent the return of a tumor following therapy.

“We don’t know yet how these genes actually function in cells or why they are so important to cancer stem cells, but we now know that without them, the cells fail to thrive. That is significant and an excellent starting point to expand upon this important work,” said Gorbsky, who holds the W.H. and Betty Phelps Chair in Developmental Biology at OMRF.

The findings were published in the journal Stem Cell Research. Other OMRF researchers who contributed to the findings were Evan Fields, Constantin Georgescu, Ph.D., and John Daum.

The research was supported by National Institutes of Health grants 5P20GM103636 and R01GM111731 from the National Institute of General Medical Sciences, as well as funds from the Oklahoma Center for Adult Stem Cell Research and the McCasland Foundation.