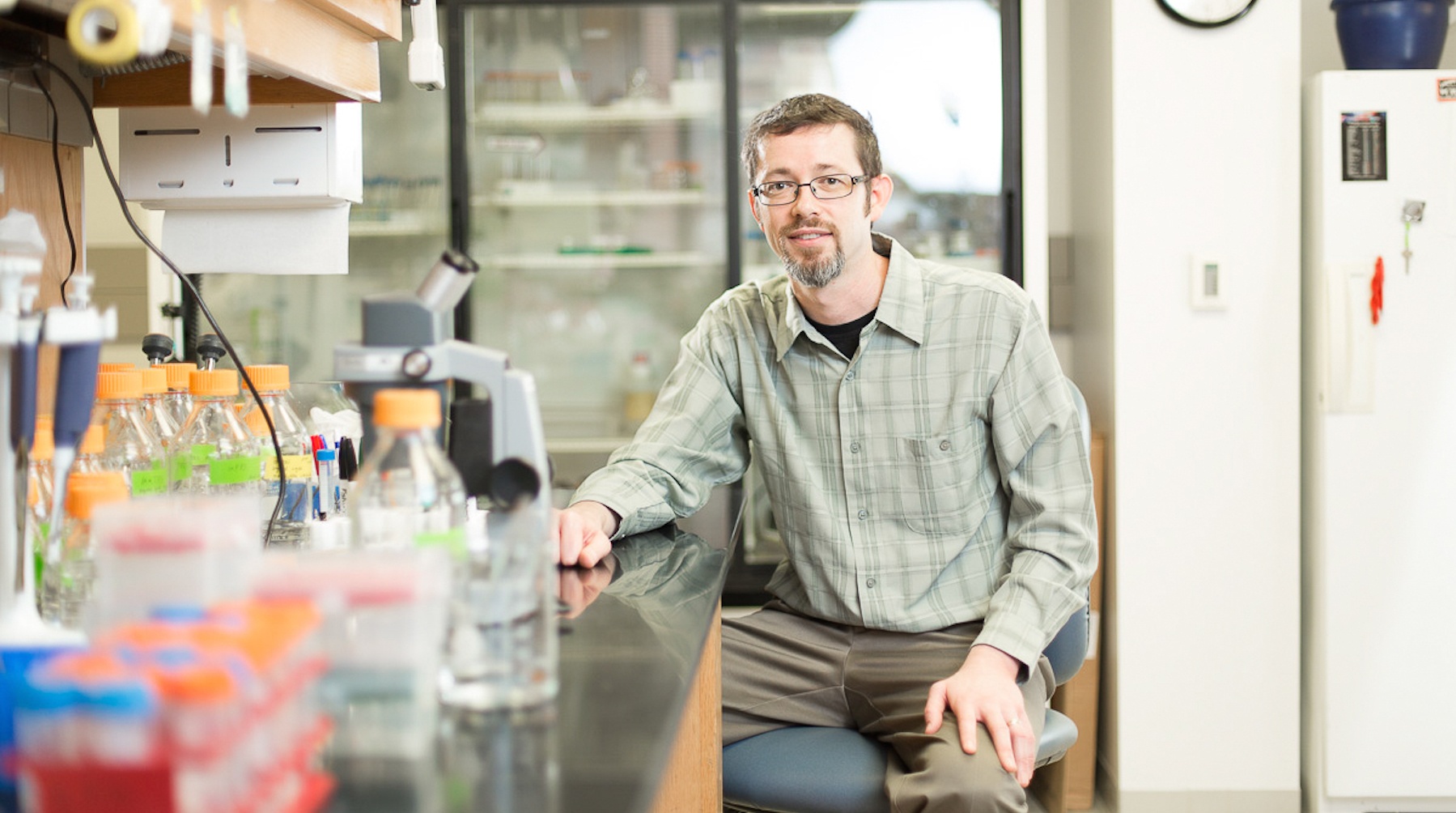 Scientists at OMRF have discovered how mutations in one specific gene can cause two distinct and rare diseases.

In a new paper published in the journal Genes and Development, Olson and his team have shown how too much PDGF causes disease. Specifically, they’ve found how mutations in PDGF receptor beta (PDGFRB) can trigger two rare diseases, Penttinen syndrome and Kosaki overgrowth syndrome.

“Typically, mutations in the same gene are predicted to have the same outcome,” said Olson. “So we were puzzled by reports that two unique diseases were coming from the same mutant gene.”

Penttinen syndrome is characterized by the appearance of premature aging. The condition can also result in age-related problems like osteoporosis, facial deformity and bone defects like scoliosis. Kosaki overgrowth syndrome can lead to skeletal overgrowth, fragile skin and facial deformity.

Using mouse models, Olson was able to show that the diseases caused by PDGFRB mutations are largely determined by a modifying gene called STAT1. When STAT1 was present along with a PDGFRB mutation, it led to the appearance of premature aging in mice, similar to what happens in Penttinen syndrome in humans. On the other hand, if a PDGFRB mutation occurred in the absence of STAT1, they saw overgrowth in mice similar to symptoms of Kosaki overgrowth syndrome.

As a result, Olson and his lab were able to pinpoint STAT1 as a determining factor in which disease results from mutations in the PDGFRB gene.

“Humans aren’t likely to be missing STAT1 altogether, or they would have a host of other problems,” said Olson. “But there may be strong or weak versions of this gene in humans that are affecting the consequence of the PDGFRB mutation. By understanding STAT1 and what can happen when it’s over-activated or inactivated, it might suggest new ways to treat these diseases.”

Olson said drugs already exist that inhibit PDGFRB mutations, as well as others that work on the STAT1 pathway, so these findings open the door to more treatment options and a launching point to pursue future therapies.

Olson came to OMRF from the Mt. Sinai School of Medicine in New York, New York, in 2010. He received his Ph.D. from the University of California, San Diego, and now is an associate member in OMRF’s Cardiovascular Biology Research Program.