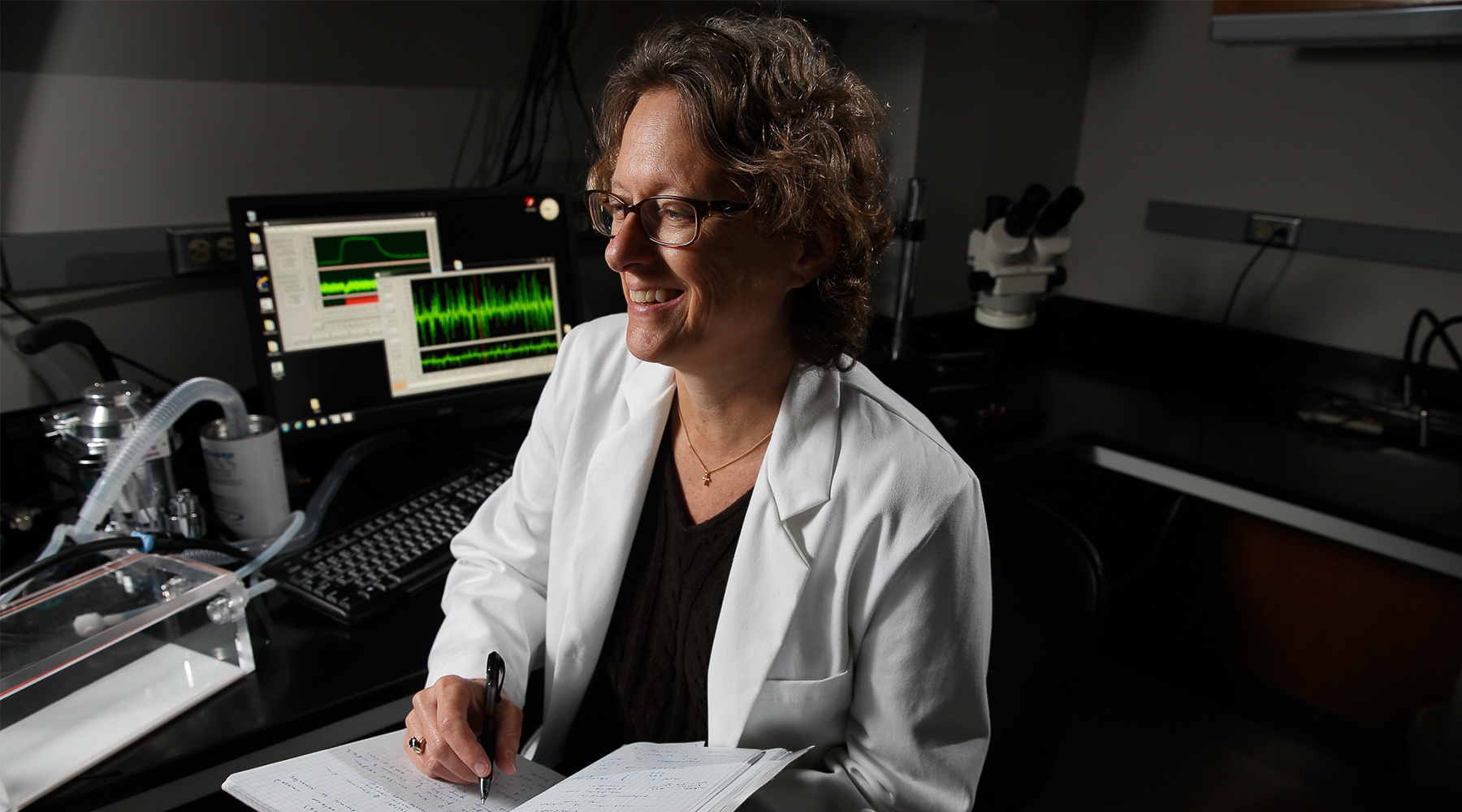 Home - News - A case of the curiosities: Solving the mysteries of aging, one question at a time

Dr. Holly Van Remmen asks lots of head-scratchers. Like why do some diseases only happen when we get older? And what can we do to slow the aging process?

As head of the Oklahoma Medical Research Foundation’s Aging and Metabolism Research Program, she’s well served by her inquisitiveness. Indeed, it’s a trait that comes naturally to her.

As a child, Van Remmen loved to figure out how things work. Even her little sister’s supposedly indestructible Fisher-Price transistor radio couldn’t escape her inquiring mind. “I used butter knives, screwdrivers and all kinds of things to get inside it,” said Van Remmen. “I just had to know what made the music play.”

In college, a part-time job in a nursing home again stoked the fires of her curiosity. What, she wondered, was driving the biological changes she saw in the elderly men and women she helped care for? She decided to figure out for herself by enrolling in a graduate program focused on physiology and aging. After earning her doctorate, she spent more than two decades as an aging researcher at the University of Texas Health Sciences Center in San Antonio, then joined OMRF’s scientific faculty in 2013.

Van Remmen’s work focuses on age-related muscle loss and amyotrophic lateral sclerosis, also known as Lou Gehrig’s disease. During her career, she has made a series of important insights on muscle degeneration, and this past year she led a study that found new links between traumatic brain injuries and neurodegenerative conditions. “The ultimate goal of this work,” said Van Remmen, “is to help people to be stronger for longer.”

In June, the American Aging Association recognized her work with its highest honor, the Denham Harman Award. Established in 1978, the prize is a lifetime achievement award that recognizes scientists who have made significant contributions to the field of research in aging.

“This is such a nice honor for me personally,” said Van Remmen. “But it also says that our colleagues across the country now recognize Oklahoma as a force in research on aging.”

“Holly is a tremendously hard worker and has a gift for fostering collaboration,” he said. “She has grown into a noted leader in aging research and is one of the top women of her generation in the field. Her selection for this award symbolizes that growth, and having her here draws more attention to Oklahoma and helps all of us, both at OMRF and OU.”

In 2015, working with a team that included Richardson, other OU and OMRF scientists, and researchers at the VA Medical Center, she helped secure a federal grant to establish a Nathan Shock Center of Excellence in the Biology of Aging in Oklahoma City. She and Richardson now serve as co-directors of that Shock Center, one of only six nationwide. Work at the Shock Center focuses on geroscience, the study of how aging impacts disease and how changes that occur in aging predispose people to disease.

The Oklahoma scientists hope their work will provide clues to understanding conditions ranging from Alzheimer’s to age-related muscle loss, a topic of particular interest to Van Remmen. But regardless of what she finds, Van Remmen pledges to keep pushing ahead.

“Research is a journey,” she said. “As you put together more pieces of the puzzle, more questions arise, and you have to follow where they lead.”