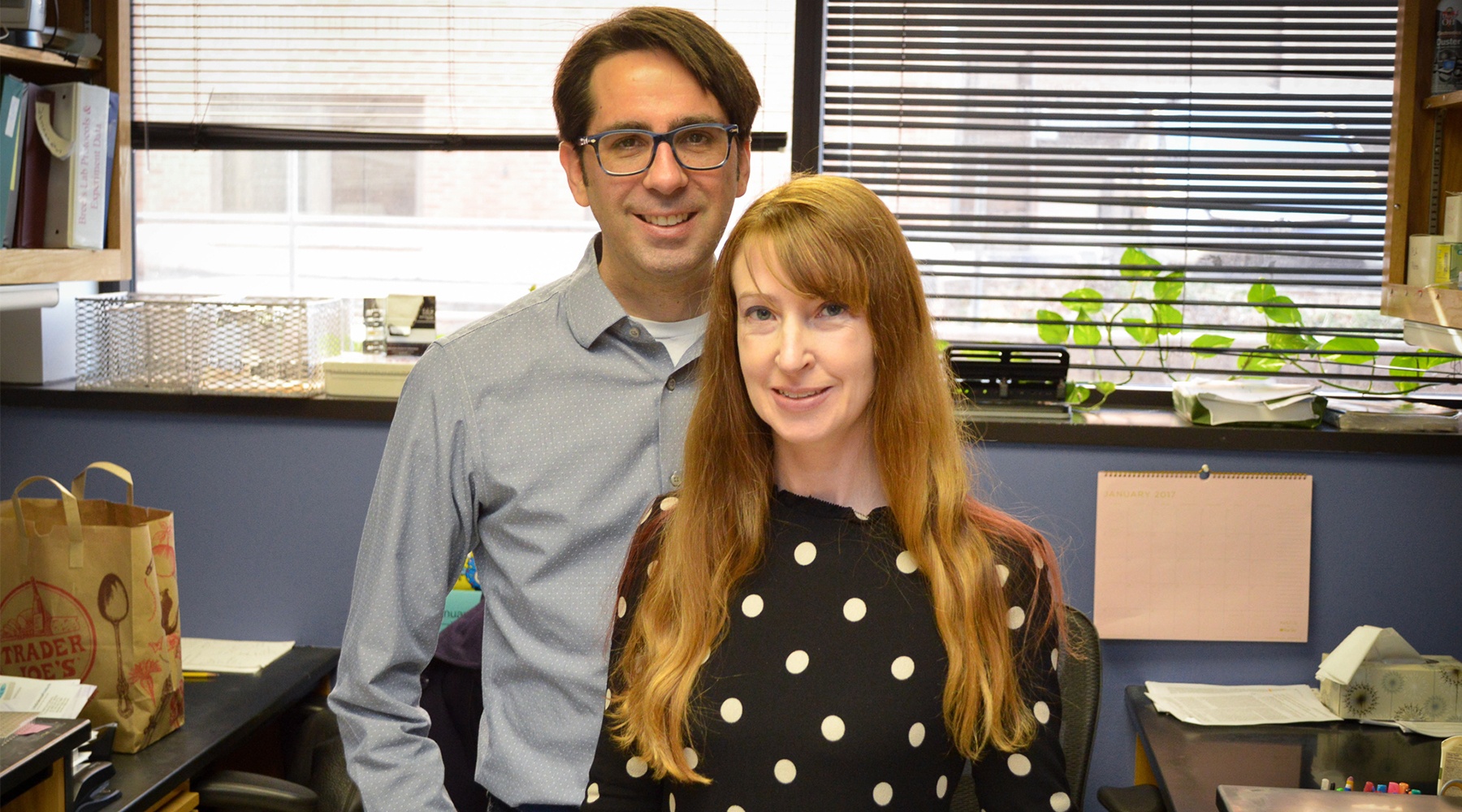 From watching rock legends U2 and David Bowie in sold-out arenas to catching small-time bands in hole-in-the-wall dive bars, OMRF scientists Kenneth Humphries and Jennifer Giorgione have run the gamut in their love of live music.

Regardless of venue size or location, concertgoing was a staple early in the relationship of this husband-wife team while they were postdoctoral fellows at the University of California, San Diego. “In fact, buying concert tickets was a part of our very first date,” said Humphries.

“The band, Our Lady Peace, is from my home city of Toronto, and every time they played in the states, it would be in really small clubs or bars,” said Giorgione. “Ken once drove me five hours each way to a tiny place and sat there all day watching sound checks and everything. At that point I said, ‘Well, I think he’s pretty serious about me.’”

Now years later, the two are married, relocated to Oklahoma City for work and are raising their 8-year-old son Liam. Suffice it to say, their musical treks may be less frequent, but in the lab, the duo works in concert now more than ever.

In addition to the day-to-day teamwork required in marriage and parenting, Humphries and Giorgione work side by side at OMRF studying how diabetes affects the heart. Their work, they hope, will eventually lead to new treatments to combat the disease.

For many couples, working in the same lab might seem like a bit too much togetherness. Instead, it has proven to be an ideal setup for Humphries and Giorgione.

“There really wasn’t much of an adjustment. It’s been a great situation for us,” said Giorgione. “We’ve always had similar passions, from music to science, so finding a home-work balance isn’t much of an issue.”

Though both have worked in labs since they met in 2000, they have only worked in the same lab since 2014 after Giorgione returned from a short hiatus to raise their son until he started school.

Today, the two work in Humphries’ lab in OMRF’s Aging and Metabolism Research Program. Their research on diabetes and the heart received a four-year, $1.72 million grant from the National Heart, Lung, and Blood Institute in 2016.

The grant is allowing them to investigate how a cellular ‘switch’ called PKA, which controls how the heart contracts, is impaired by the disease. “Diabetes is a growing problem in society and it can lead to an increase in heart problems,” said Humphries. “It’s an issue that needs to be addressed.”

He said the key to the research is looking at how the fight-or-flight response is over-activated, creating increased and unnecessary stress on the heart. In a healthy person, the heart can use sugar to meet these stress demands, but problems arise in diabetics because this sugar can’t be used effectively when the central switch, PKA, is triggered to react.

“In an effort to make up for the effects of diabetes, the switch eventually becomes chronically activated,” Humphries said. “As a result, the PKA loses its ability to meet the demands and can ultimately stop responding altogether, which can be deadly.”

The goal of the research is to better understand diabetes overall and potentially develop treatments to intervene in this process.

With Valentine’s Day on the horizon, these diabetes experts say, in most cases, it’s OK to splurge on your sweetheart with a little chocolate for the sake of romance.

“But if you prefer to avoid the sugar altogether, concert tickets might be a good way to impress your significant other. It worked for us,” Giorgione said.