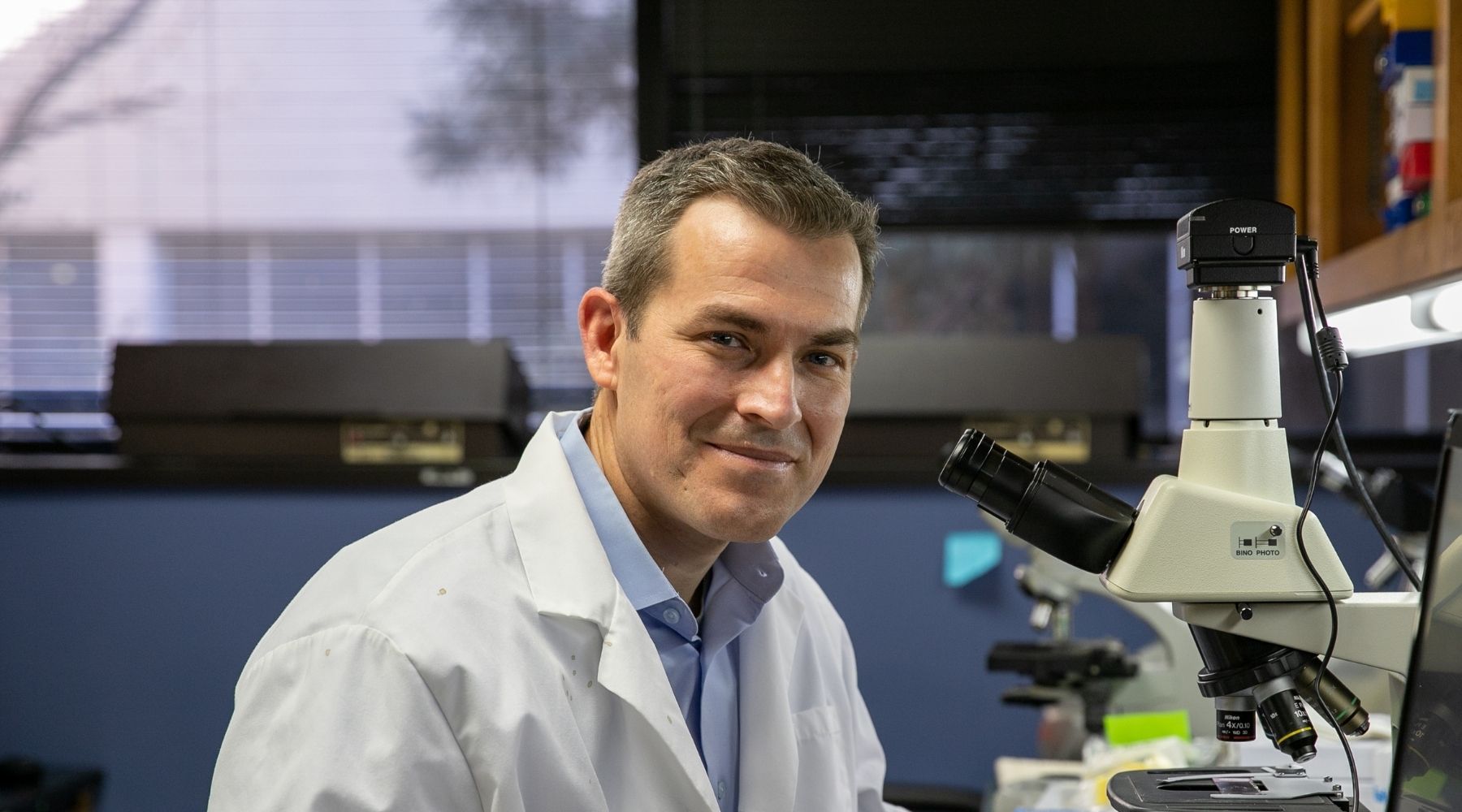 “Lose weight, exercise more.” How many of us have heard our physician deadpan that prescription during our annual wellness check-up?

While that’s sound advice, new findings from the Oklahoma Medical Research Foundation suggest how exercise can benefit people with osteoarthritis even in the absence of weight loss.

“Traditionally, we’ve thought of osteoarthritis primarily being the result of a joint wearing down due to age and other factors, similar to the tread on your tires,” said Griffin, who joined OMRF from Duke University Medical Center in 2008. “Today, we know that biological factors are critical to this process.”

In the new study, Griffin’s lab focused on how diet and exercise affect the knee joints of mice. The scientists zeroed in on synovial fluid, the thick liquid that cushions the ends of bones and reduces friction as joints move. The fluid provides a snapshot of a joint’s overall health.

In the first-of-its-kind study, the researchers examined the metabolites found in the synovial fluid of mice. Metabolites are the products of chemical changes within a cell. “These molecules can offer clues to the biological changes that lead to osteoarthritis,” Griffin said.

Scientists divided the mice into two groups based on diet: high-fat or low-fat. When the mice eating a high-fat diet became obese, the researchers gave exercise wheels to half of them. They found that the synovial fluid of the obese-sedentary mice developed distinct biological characteristics linked to diabetes and inflammation. However, the synovial fluid from the obese mice that performed modest wheel exercise displayed biological characteristics similar to those found in their leaner cohorts. This was true even though the active-obese mice continued eating a high-fat diet and did not lose weight.

“What that tells us is that losing weight isn’t a requirement of having beneficial changes in the joint,” Griffin said.

Griffin will apply this knowledge to future studies of veterans with osteoarthritis. The work may lead to the repurposing of medication already approved for use in other diseases.

“New treatment options for osteoarthritis are sorely needed,” Griffin said. “This work is a step in the right direction to reduce the pain and progression of this disease so everyone can be more active and healthier as they age.”