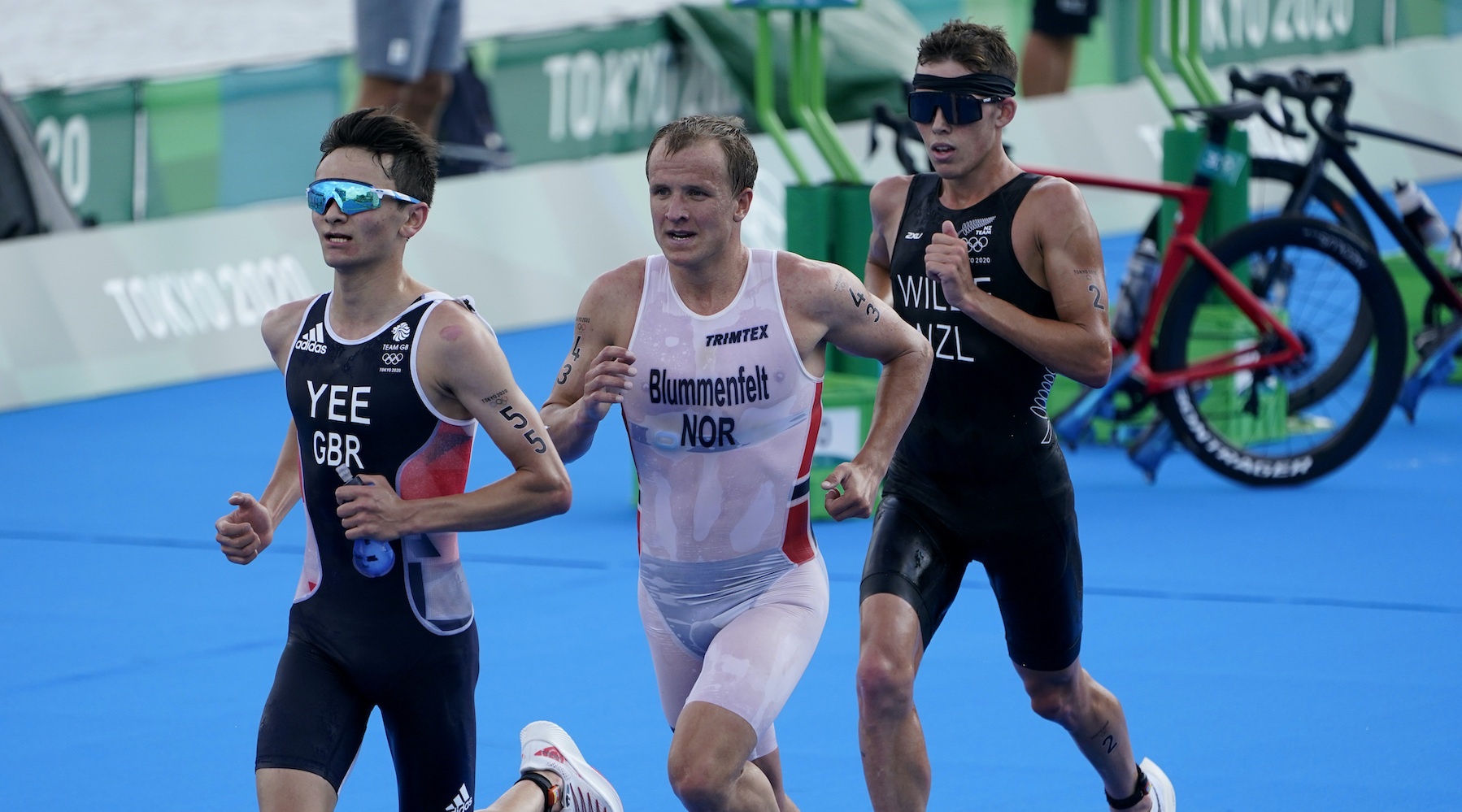 At some point during the 1984 Los Angeles Olympics, I remember being so inspired by a running event I’d just watched that I sprinted out the door and to the top of my street. By the time my teenaged self huffed and puffed back down the hill and flopped triumphantly onto the living room sofa, I was convinced Olympic glory lay in my future.

Still, I experienced some distant cousin of that phenomenon a week ago following the running leg of the Tokyo Olympic triathlon. With a receding hairline and ungainly stride, Norway’s Kristian Blummenfelt looked like he belonged on the couch next to me, not outdistancing a pair of younger rivals for the gold – which he did.

Fueled by this unlikely victory, I headed out the door the next morning for a jog. But within a few blocks, the Olympic fanfare playing in my head quickly gave way to more cynical notes.

Sure, I knew Blummenfelt had broken the tape first. And I didn’t doubt he’d put in the work: He reportedly follows a training regimen that could shame the Energizer Bunny, logging eight-hour days of swimming, riding and running.

But how, I wondered, could I trust he did it all without performance-enhancing drugs?

Cheating is about as old as the Olympics themselves. When the U.S. hosted the 1904 summer games in St. Louis, the first guy to cross the finish line in the marathon turned out to have traveled miles 9 through 19 in a car. The second, who was declared the winner, tried to goose his performance with doses of brandy and strychnine, a poison that also stimulates the nervous system. When that didn’t work out quite as planned, his support team carried him across the line, his legs reportedly pantomiming a jog as he floated to victory.

These days, cheating takes on less obvious forms. However, as Russia – which has (sort of) been banned from the Tokyo Olympics for a massive, state-sponsored doping program – has demonstrated, it continues.

Watchdogs like the World Anti-Doping Agency have created sophisticated testing systems to nab dopers. But they don’t catch everyone. And sometimes their nets snare innocent athletes, like the South African middle-distance runner Caster Semenya.

A two-time gold medalist in the 800-meter run, Semenya was born with a condition that causes her to have testosterone levels much higher than most women. The Anti-Doping Agency has banned her from the Olympics unless she takes hormone-suppressing drugs, which she refuses to do, because the Agency believes her condition gives her an unfair competitive advantage.

But Dr. Hal Scofield, an endocrinologist at the Oklahoma Medical Research Foundation, sees the Agency’s stance as misguided.

“From what I’ve read, she appears to have androgen insensitivity syndrome, which means she has no effective testosterone,” said Scofield, who’s also acting associate chief of staff at the Oklahoma City VA Medical Center. “So, while she has high levels of the hormone, the receptors aren’t working. I don’t see how that could enhance athletic performance.”

What’s more, said Scofield, even if it did, penalizing Semenya for a genetic condition seems fundamentally unfair. He pointed to the case of Eero Mäntyranta, a Norwegian cross-country skier who won seven Olympic medals in the 1960s.

The skier was later found to have a mutation in his erythropoietin (EPO) receptor gene. This increased his blood’s oxygen-carrying capacity and almost certainly contributed to his athletic success.

“How is someone with naturally high testosterone levels any different?” asked Scofield. “Many people are born with genetic differences that give them an edge on the playing field. They’re taller, they’re faster, they’re stronger, they have greater lung capacity. Should we disqualify all of them, too?”

The question of where to draw the line between acceptable and unacceptable performance enhancement can be “tough,” said Dr. Benjamin Miller. An exercise physiologist at OMRF, Miller is also a competitive cyclist who specializes in endurance competitions.

“Sleeping in an altitude-simulation tent, going to altitude, and taking EPO can all boost oxygen-carrying capacity,” he said. “But one” – taking EPO – “is barred, and the others are not. It is really hard to see what the distinction is.”

Finding black and white in that gray area typically hinges on a determination by the Agency of whether something is within the “spirit of sport,” said Miller. “This usually comes down to a discussion among a group of people, including scientists, every year.”

Although the method is admittedly imperfect, Miller doesn’t see a better one. And with the exception of cases like Semenya’s, Scofield agrees.

“Right now, the rules basically allow you to do things to assist your performance, so long as you’re not introducing new substances into your body,” Scofield said. “I think that’s a pretty sensible line.”

While world records continue to fall, many of the improvements are coming at smaller and smaller increments. “Today, we know so much about the science behind optimal training,” he said. “It’s hard to imagine we’re not approaching the limits of human performance in many sports.”

In that environment, the incentive to gain even the slightest edge could be strong. But a 2012 study in the British Journal of Sports Medicine found that among a group of more than 200 elite track athletes, fewer than 1 in 8 would be willing to dope to win, even if cheating carried no health or legal consequences.

Perhaps numbers like that can give us all some comfort. “When I turn on the Olympics or Tour de France, I assume most of the competitors are clean,” said Miller. “Otherwise, it would not be fun to watch.”